True to Disney form, “Into the Woods” begins with a wish. The new film explores the reality of wishes — what happens when you make sacrifices for your wish, avoiding distractions that appear to lure you from your wish, and, worse, what if you finally get your wish and it’s nothing like what you hoped? It would be.

“Into the Woods” follows a variety of fairy tale characters as they pursue their wishes. Little Red Riding Hood (Lilla Crawford) heads into the woods to see her grandmother, young Jack (Daniel Huddlestone), dreams of saving his beloved cow from being sold at the market, and the Baker (James Corden) and his wife (Emily Blunt) long for a child. The Witch (Meryl Streep) appears and reveals that Baker and his Wife are childless because of a curse placed on them years ago. But she promises Baker and his wife will have a child if they will go, yes, into the woods and collect four special items for her. So they venture forth – again, into the woods – to collect the items for the Witch at precisely the same time Little Red Riding Hood, Cinderella, and Jack head – you guessed it – into the woods to begin their journeys. (There’s no doubt the material is aptly titled.) 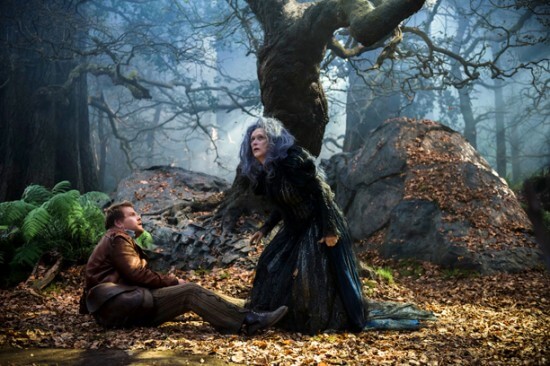 The film is based on the Broadway play that debuted in 1987, with music written by Steven Sondheim. Sondheim’s music is notoriously challenging, and “Into the Woods” has some challenging songs to perform. Producer Marc Platt calls Sondheim’s music “calculus for singers.”

I was a newcomer to “Into the Woods,” not familiar with the original work but left the movie having thoroughly enjoyed it. Inside the Magic contributor, Big Fat Panda is a longtime “Into the Woods” fan, holding himself back from singing loudly along during a recent screening. Get his thoughts on how well the notoriously dark play translated to Disney’s big screen in the video review below, then keep reading for my thoughts.

Video: “Into the Woods” review from Big Fat Panda

The majority of the performances in “Into the Woods” are fantastic. Meryl Streep is a perfect Witch, appearing at some times as scheming and sketchy and elegant and powerful at others. In a recent press conference with the cast and crew, Streep chimed in with her inspiration: “Everybody’s storyline has something that resonates with a modern heart — the idea that people do terrible things for sometimes excellent reasons.” The Witch reveals her motivation for her decisions, shining a beam of realism and depth on her character that Streep portrays perfectly. 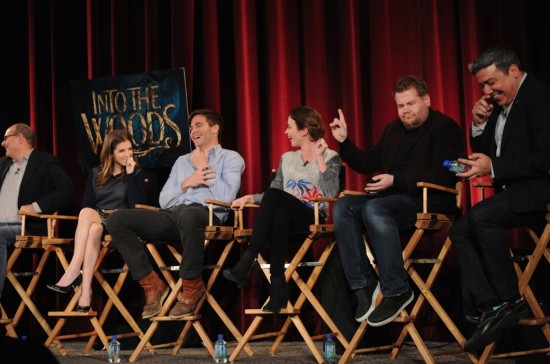 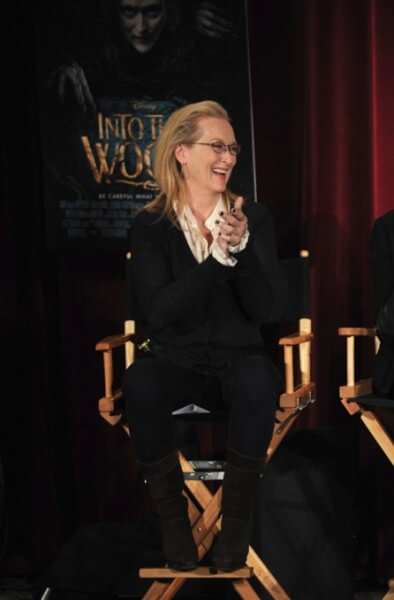 Anna Kendrick delivers a fantastic performance as Cinderella, whose “On the Steps of the Palace” encompasses her character perfectly. As a refreshing contrast to the stereotypical Disney princess, Kendrick’s Cinderella has commitment issues and is indecisive about whether palace life is for her. 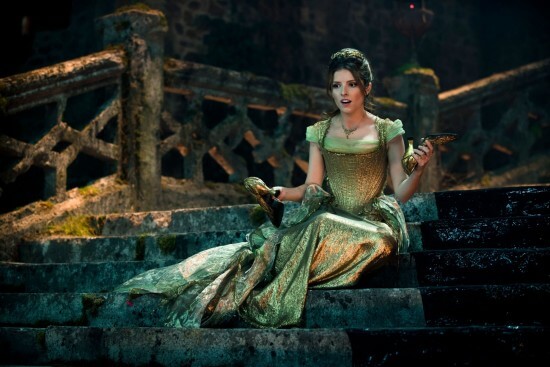 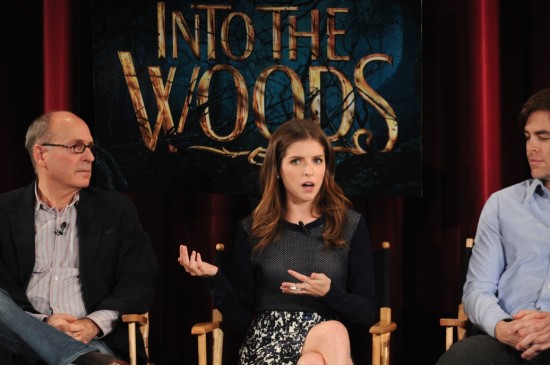 Another notable, albeit brief, performance is Johnny Depp as a simultaneously entertaining and deeply unnerving Wolf. But some of the funniest moments in the film belong to Cinderella’s Prince (Chris Pine) and Rapunzel’s Prince (Billy Magnussen) in their show-stopping duet, “Agony.” It’s perfectly over the top. 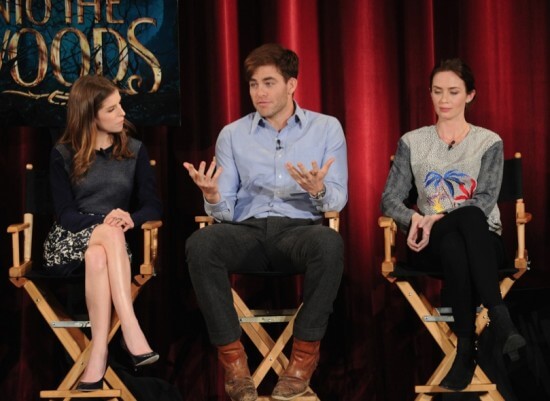 Corden is certainly the relative unknown amongst a cast of big Hollywood stars. At the recent press conference, he admitted feeling out of place: “At about day four, I went home to my wife and said, ‘Honestly, I’m deadly serious, I think I might get fired. Because it’s just inconceivable to me that I might belong here in this company, this feels a huge mistake.’” Naturally, this wasn’t the case, as Corden does great justice to the role of the Baker. 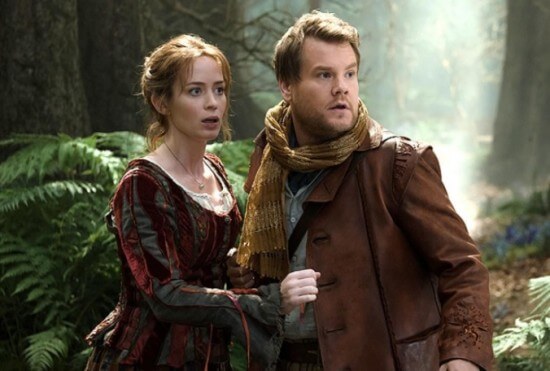 The biggest issues with “Into the Woods” are the loose ends that wind up untied at the end of the film, slowing dramatically in its last act. This is perhaps a hazard that comes with adapting the original play while also performing the juggling act following at least six different plot lines. Still, there are quite a few setups that don’t have payoffs and leave unexplained backstories.

Ultimately, “Into the Woods” makes the leap from the Broadway stage to movie theaters much more successfully than many previous plays-turned-films, maintaining the balance between pleasing die-hard Sondheim fans and appealing to audiences new to the musical.

“Into the Woods” premieres in theaters on December 25 — a Christmas present from Disney you’re sure to love.