For the first time in forever, Walt Disney World will freeze on Christmas Day. No, Florida isn’t expecting any severe cold weather, but Queen Elsa will make her presence known as she ices over the Magic Kingdom, joined by fellow “Frozen” favorites Anna, Kristoff, and Olaf.

It’s all part of the Disney Parks Frozen Christmas Celebration, the new name for the Christmas Day Parade that will air on ABC on December 25.

Today the “Frozen” foursome taped their parts, riding down Main Street USA on floats to the delight of screaming fans. First came Kristoff, introduced by pickaxe-wielding football star Tim Tebow. Next up Olaf, followed by the “Frozen” sisters, Anna and Elsa. And after the parade ended, host Robin Roberts prompted Elsa to “Let It Go” and unleash her icy powers to freeze over the park with a stomp of the foot – just like in the animated movie. 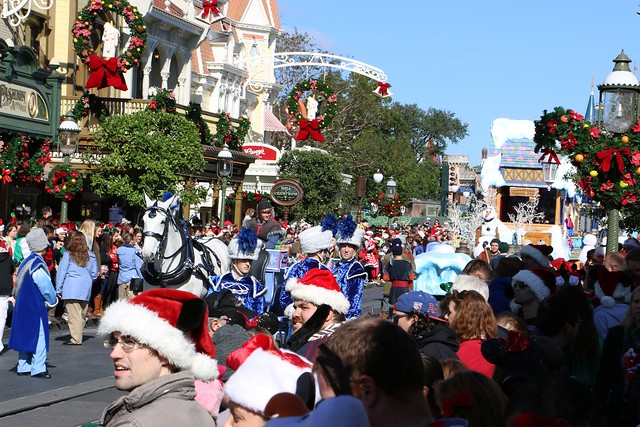 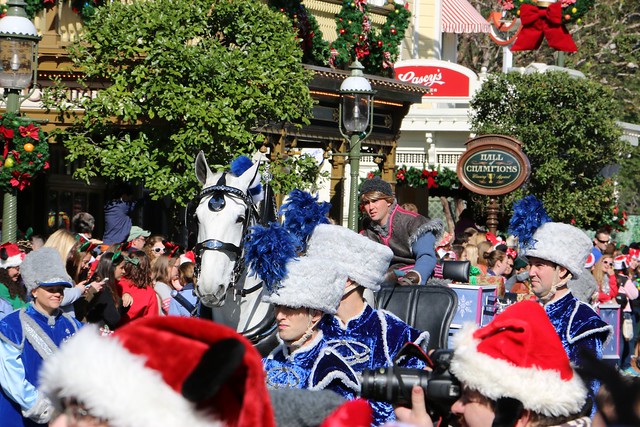 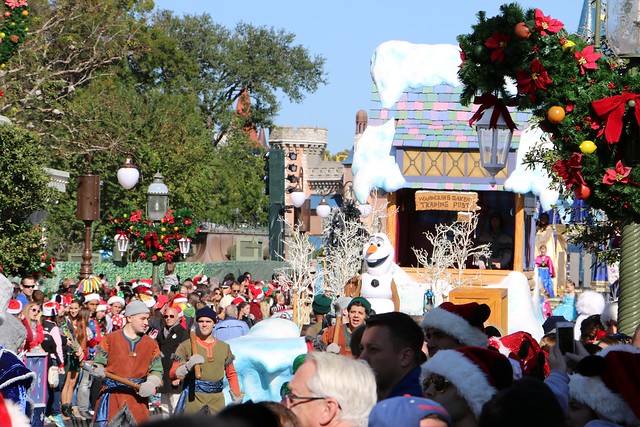 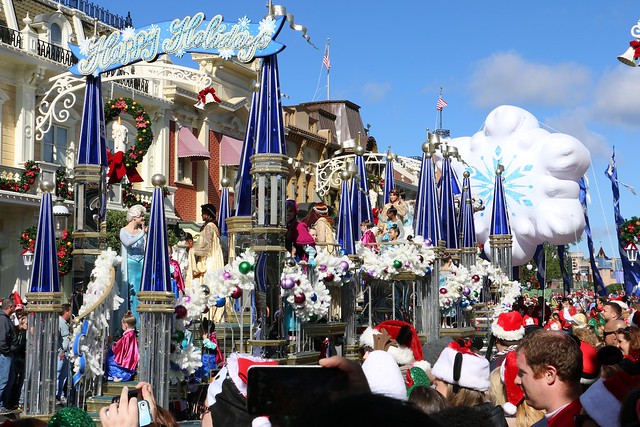 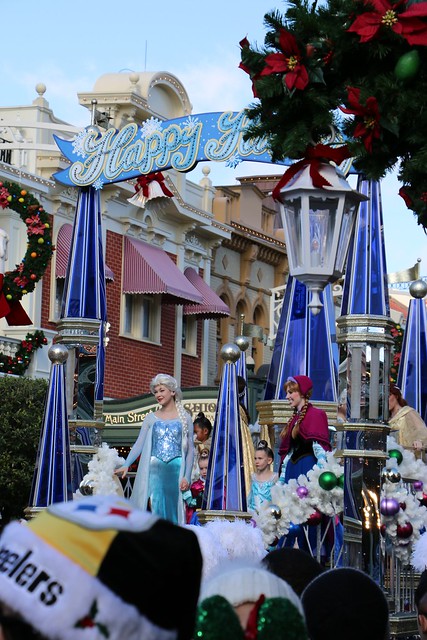 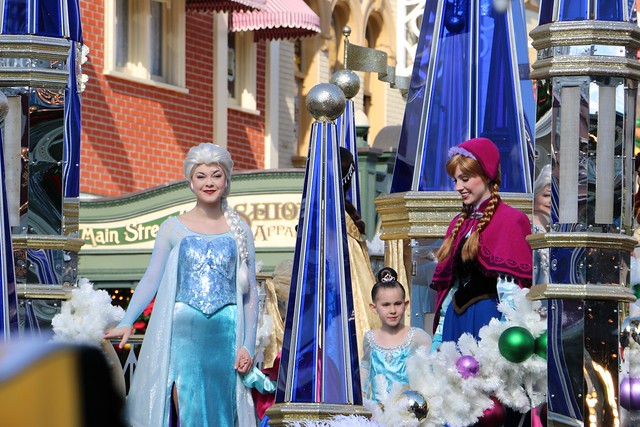 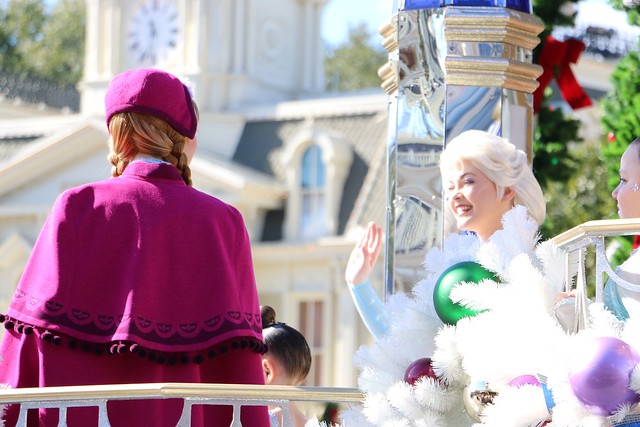 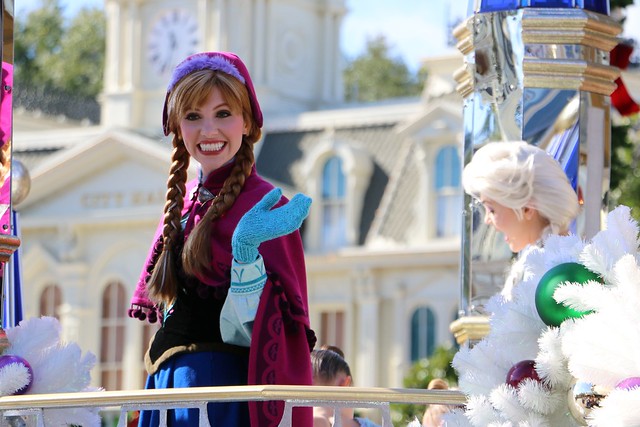 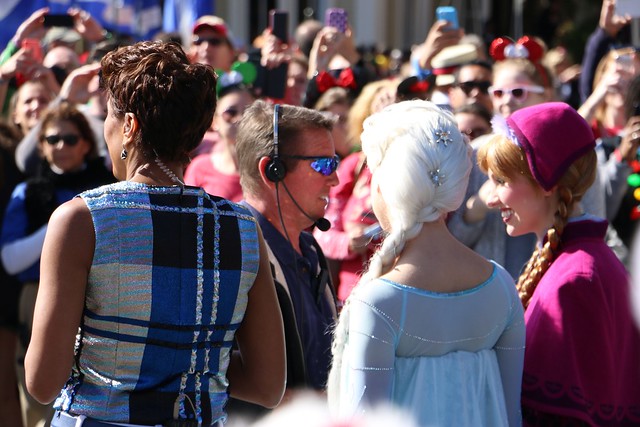 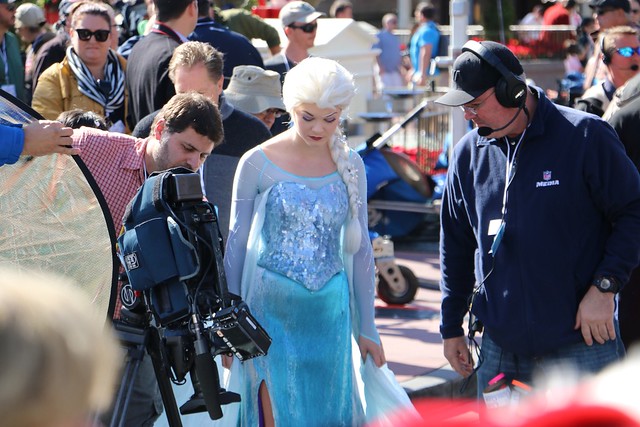 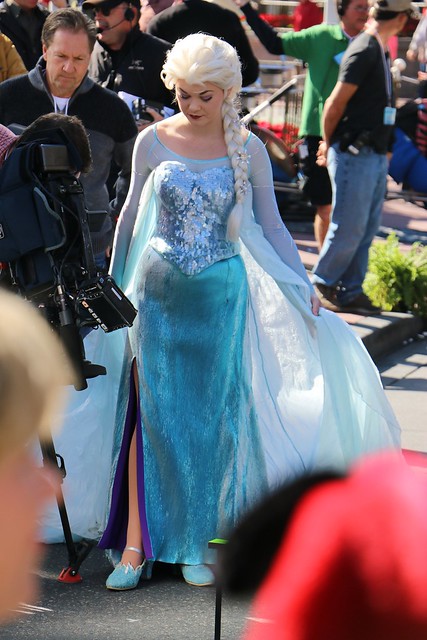 Of course, guests in the park couldn’t actually see Main Street getting iced over. That’s a special effect they’ll add for the actual airing of the TV special on Christmas Day. But there were plenty of artificial oohs and aahs recorded for when it’s all pieced together. 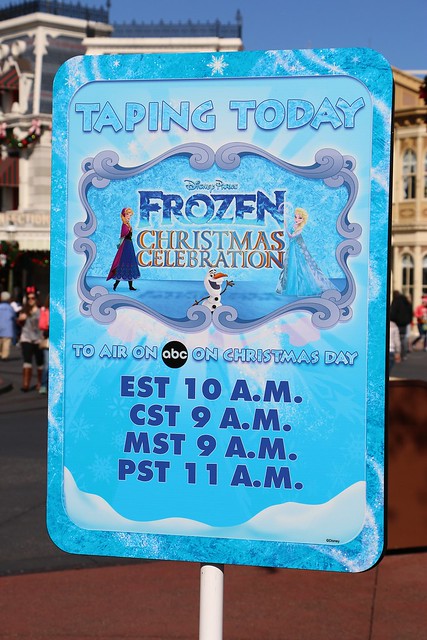