Today Disneyland has announced new “Frozen” themed entertainment is coming to the Disney California Adventure theme park, beginning in the very near future.

On Saturday, Dec. 20, a “sneak peek” of some of the new entertainment will begin, followed by the official launch on January 7, 2015.

Borrowing from the popular and ongoing “Frozen Fun” events at Walt Disney World, the California park will receive a sing-along stage show, snow play area, along with some all-new additions.

As the Mad T Party recently ended, “Frozen” is moving into Hollywood Land in a big way.

“For The First Time In Forever: A Frozen Sing-Along Celebration” is replacing the now-closed MuppetVision 3D as a similar stage show that’s been delighting “Frozen” fans in Florida since July:

Included will be Anna, Elsa, and Kristoff along with the Arendelle Historians as they retell the “Frozen” story through song, comedy, and performance. 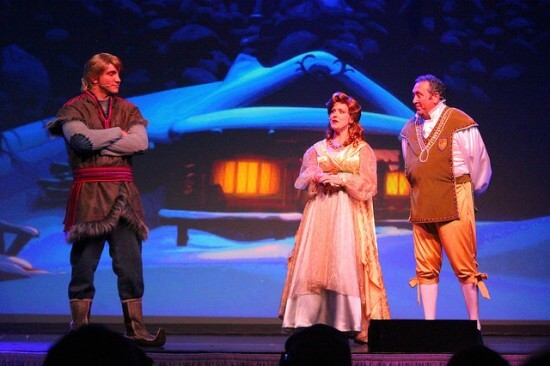 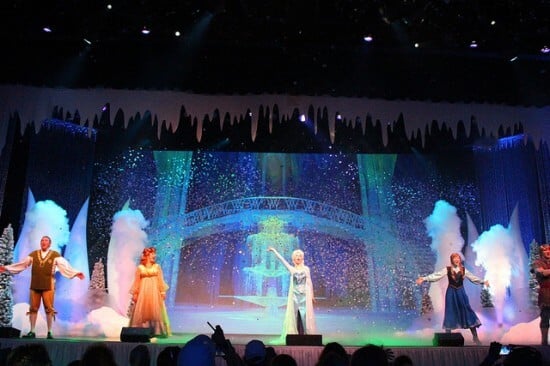 The MuppetVision theater will be renamed the Crown Jewel Theatre for the new show. It’s not clear whether MuppetVision 3D will return after the show concludes its run.

Mad T Party’s direct replacement will be called “Freeze the Night! A Family Dance Party,” a “Frozen” inspired dance party filling the area. This will include music, games, photo opportunities, drinks and snacks, an ice sculptor, and interactive moments. 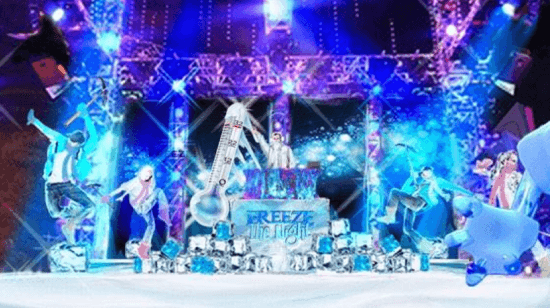 Nearby, Olaf’s Snow Fest will be similar to Frozen Funland, featuring a play area filled with snow along with musical performances by The Frolicking Fjords and The Tubadors, a traveling musical duo. The Tubadors will celebrate the tales of Arendelle in storytelling and song while The Frolicking Fjords will present arrangements of Arendelle-themed tunes.

Guests will also have an opportunity to meet Olaf inside – a meet-and-greet not offered in Florida right now.

Wandering Oaken’s Trading Post will be there as well, just like in Florida, selling plenty of “Frozen” merchandise and treats:

The popular sisters Anna and Elsa will be meeting and greeting inside Disney California Adventure as well, with “Anna and Elsa’s Royal Welcome” inside the Disney Animation attraction. The Anna and Elsa meeting location in Disneyland Park will close at the end of the day on Dec. 19. Return time tickets will be available for the new location. 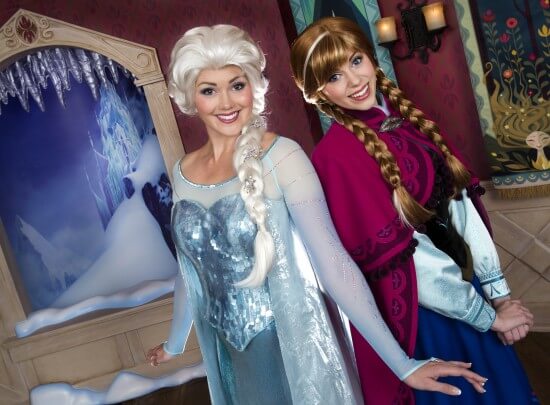 Also inside the Animation building, “Frozen” is being added to Animation Academy where guests will be asked “Do You Want to Draw a Snowman?” – offering an Olaf drawing experience with an added Marshmallow-drawing class.

Like at Walt Disney World, many of these new “Frozen” attractions are not meant to be permanent additions to the parks (except the Storybook Land additions). But they will appease guests looking for more from the hit Disney film while Disneyland’s 60th anniversary approaches next summer. 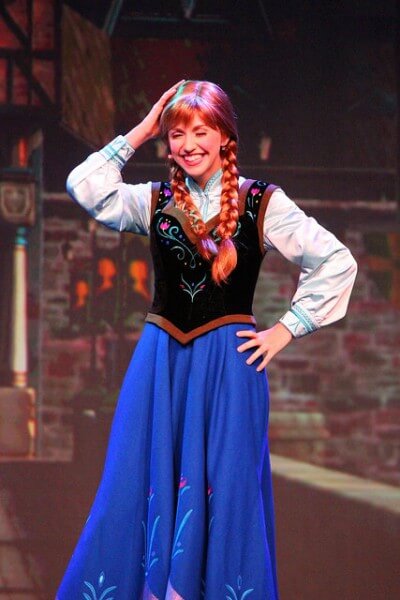