While the Carousel of Progress has its share of intentional tributes, this attraction is a standout for amazing use of accurate historical details — way more than most visitors process consciously, or can even see clearly!

We could start with the props, which as you might guess are authentic to each time period so as to make the show appear more realistic. If you look closely, you’ll see that the various washing machines and refrigerators are made by General Electric, and still bear that company’s name. These are remnants of the original version of the show, which was sponsored by General Electric. The dialogue has been updated and re-recorded since GE’s sponsorship ended many years ago, but this touch remains.

But one of the props is way more authentic than you’d ever expect. The newspaper clutched by the father in the first scene is no ordinary fake newspaper. If we zoom very close, we see it is dated July 25, 1863. The paper itself is clearly a representation of Frank Leslie’s Illustrated Newspaper, which was a weekly publication that started in 1855 and reached up to 200,000 subscribers by 1861. The siege of Vicksburg (a battle just after Gettysburg) was the story that day in this newspaper. The reproduction prop held by the father even faithfully re-creates the graphics of this issue. 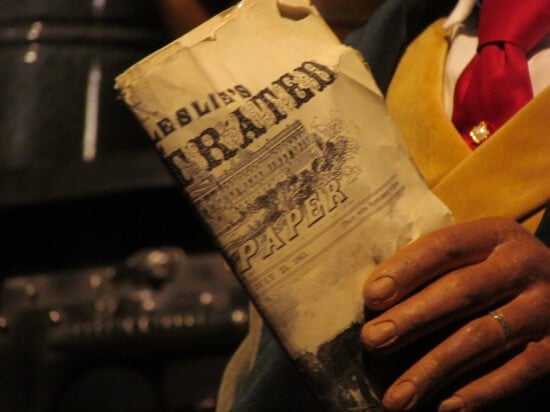 Uncle Orville (who has also been called Cousin Orville over the show’s history) is also reading a newspaper; in his case, while he sits in the bathtub and laments the invasion of privacy. His paper, we see in close up, is called the National Police Gazette. And just what is that? 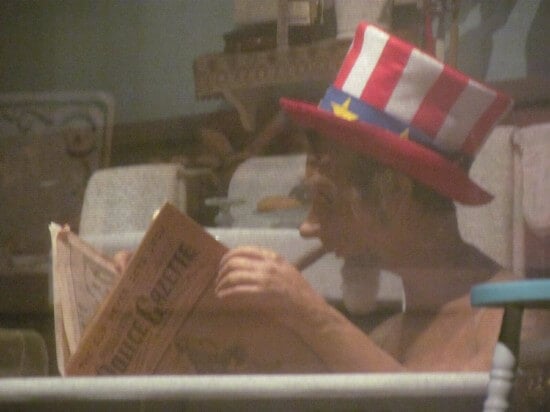 It was a lurid magazine founded in 1845 that celebrated sex and violence, and lasted an astonishing 132 years as a publication. In other words, it was a sensationalist tabloid, and it has a reputation for exploiting women.

Orville’s newspaper makes even more sense when you consider the evolution from sexism to women’s liberation in the show. While the gentle oppression of wife Sarah is visible in today’s show (until the final act), that’s always been an intentional facet of the show. When the show was first built in the 1960s it featured 20-year jumps from 1900, 1920, 1940, and 1960. In the 1960s, the women’s liberation movement was current and evolving, so the sexism of the father/husband would have had particular resonance in the early scenes, and Sarah’s assertiveness in the original 1960s ending scene felt contemporary.

Like many attractions, the Carousel of Progress has some intentional tributes. Look for the famous pointed sorcerer hat (with stars and moon on it) on a small table next to the daughter when she’s talking on the phone using the “exercise” equipment in the 1940s. 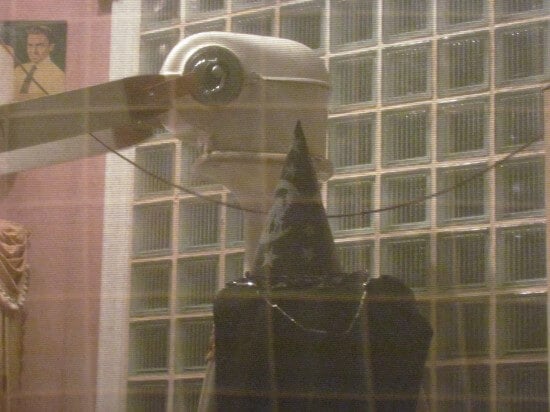 The same stars-and-moon design appears later in the final scene, as a design for dinner plates high up on a shelf in the kitchen (look to the far right). 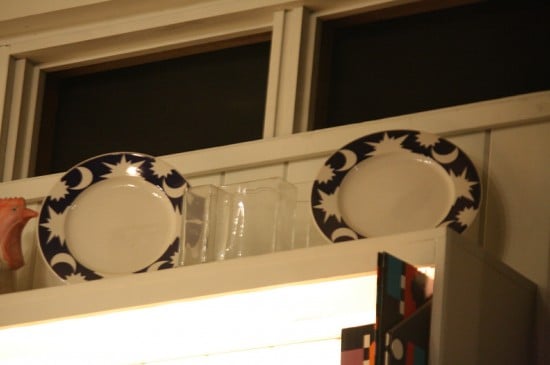 Mickey’s sorcerer hat isn’t alone in the attraction; Mickey makes an appearance a few times. Look for Mickey three times in the final scene: as a nutcracker above the fireplace, as the traditional three-circles shape in the presents under the tree, and as an abstract painting on the rocky outcropping from Fantasia (directing stars), seen in the wall separating the living room from the dining room in the back of the set. 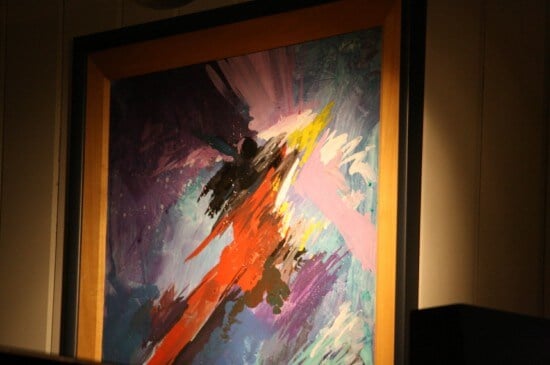 This same scene at Christmas is home to two other tributes. There’s a somewhat-famous mention of Marty Sklar, longtime head of WDI, on a post-it note on the bulletin board. 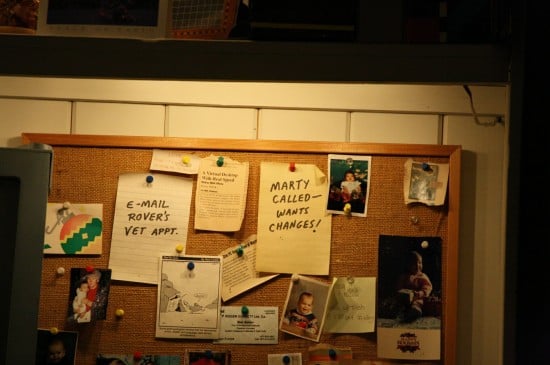 On the nearby dry-erase board is a mention of Flight 1401, an homage to the address of Walt Disney Imagineering, 1401 Flower St. in Glendale, CA. 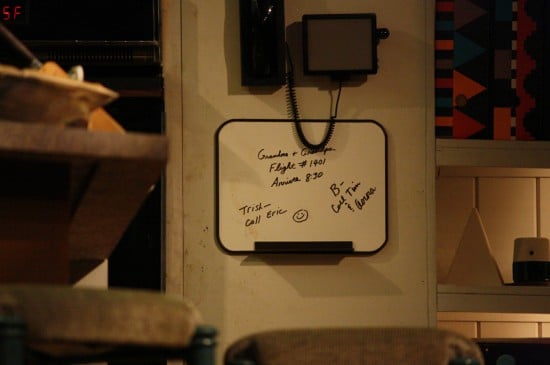 A further Imagineering tribute happens earlier in the attraction. In the 1940s scene, watch the window looking out into the city as the theater rotates. Eventually, you’ll see a sign labeled “Herbert Ryman, Attorney at Law.” Herb Ryman was a longtime Disney animator and the artist who famously drew the first working concept art of Disneyland with Walt over one long weekend. 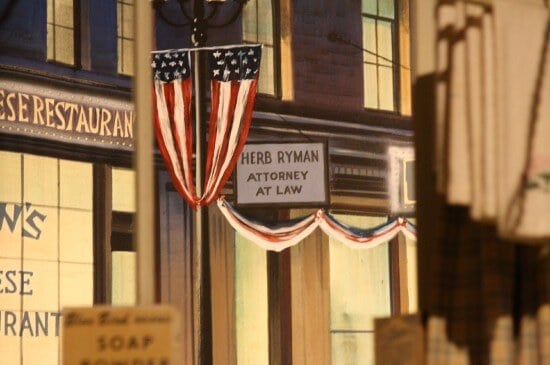 If you like D-Tales, you’ll love Kevin Yee’s book Walt Disney World Hidden History (second edition, 2014). This softcover book tracks Disney “hidden history” — remnants of former attractions and tributes to Imagineers as well as other Disney officials — hiding in plain sight in the parks. There are over 300 entries in the book!

Whether tribute or remnant, each item discussed starts with something visible in today’s parks; the idea is that this is something you could visit and see with your own eyes, and then appreciate the historical thinking behind it. Since most visitors aren’t local, the book includes a photo of every item discussed so you’ll know what to look for.