Last week, Walt Disney Studios hosted a celebration of the last 30 years of Disney Television Animation. The event was co-sponsored by ASIFA, The International Animated Film Society, and D23.

Guests featured at the special event were a who’s who of Disney TV, including: 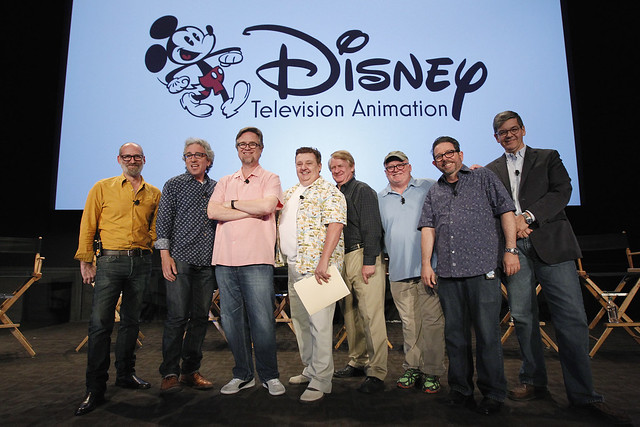 The event was a relaxed hour and a half panel discussion moderated by D23’s Jeffrey Epstein. Attendees were taken on a journey starting with the creation of Gummi Bears and on up through sneak peaks of upcoming shows.

Speaking of Gummi Bears, Jymn Mason was able to shed some light on how a show about candy came to exist. It was very simple. Michael Eisner’s kids loved Gummi Bears and so he gave a directive – make a show about them. They scratched their heads for a while and eventually decided to figure it out. They took the world design from the candy wrapper. Originating from Germany, it had a look similar to Snow White or Pinocchio so they went with it. 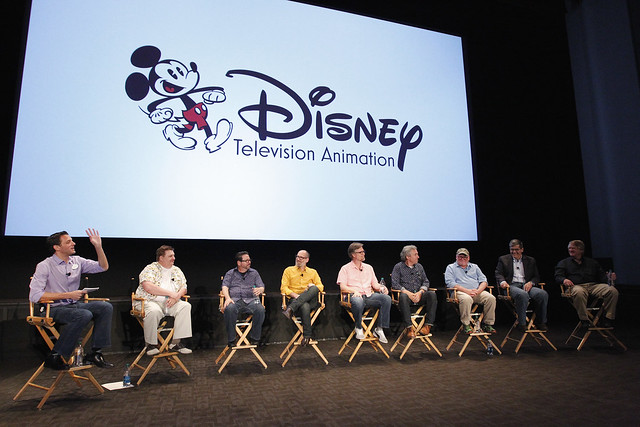 The panel talked about the change within the company regarding the freedom to use Disney characters. In the early days, Duck Tales had a tough time getting the approval to use Donald for just one scene as he drops off the nephews on his way to the Navy. The fab five were off limits for the most part. Now things have relaxed considerably.

Paul Rudish, the creator of the new Mickey shorts, shared a brand new Minnie Mouse short that should be out soon. It was very good with the same visual style as the recent Mickey shorts but focusing entirely on Minnie. It’s about time she got her own short! 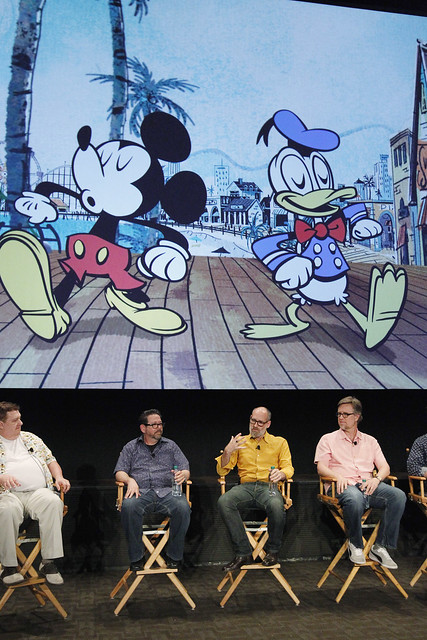 Bill Farmer was on hand to talk about playing Goofy, primarily in Goof Troop and also in Mickey Mouse Club House. He’s always a crowd favorite as he slips in and out of Goofy’s voice. At one point, Bill Farmer and Dan Povenmire did a few minutes of improv between Goofy and Dr. Doofenshmirtz. Goofy needs to guest star on Phineas and Ferb!

To finish up the night, the audience was treated to clips from three upcoming Disney animated shows.

Star Vs. The Forces of Evil
A princess from a magical universe is sent to live on non-magical Earth with a normal family. Of course things get crazy when monsters and such show up. She has to fight them off with her magic wand and the help of her Earth friend, Marco. Star shows up on Disney XD in 2015.

The Lion Guard
I didn’t get a good sense of what the show is about from the short clip that was screened. From what I could tell, it’s about Simba and Nala’s cub, Kion. The animation looks great. It is slated to air on Disney Junior so naturally I assumed it would be African animals counting bugs over and over but this seems like it may actually have a plot that parents would enjoy as well. We’ll have to wait until 2016 to find out.

Penn Zero, Part time Hero
This show is the one I’m really excited about. It seems to be heavily inspired by Quantum Leap and I love that. Every week, three friends enter a machine and “leap” into a new story. The clip we saw showed them leaping into an Aladdin inspired story. The characters assumed roles in that new world, even changing their shapes. One character assumed the role of a monkey (similar to Abu). Once inside these worlds, they must figure out why they are there and work together to stop the bad guys.

I spoke with the co-creators Jared Bush and Sam Levine before the event and they seem to be having a fun time coming up with new adventures for the characters to jump into every week. The voice cast includes Alfred Molina, Adam Devine, Thomas Middleditch, and Larry Wilmore. Penn Zero debuts sometime in 2015.

Overall, it was a very enjoyable evening. If you ever have a chance to attend one of these D23 celebrations, I highly recommend it. The panelists stuck around after for quite a while and fans were able to get pictures, autographs, and chat about their favorite shows with the creators of those shows. 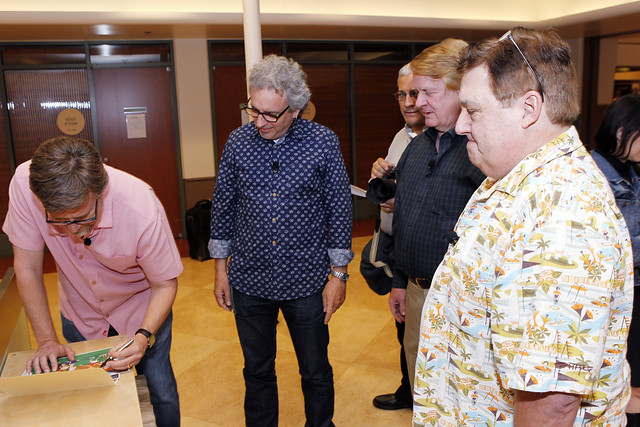 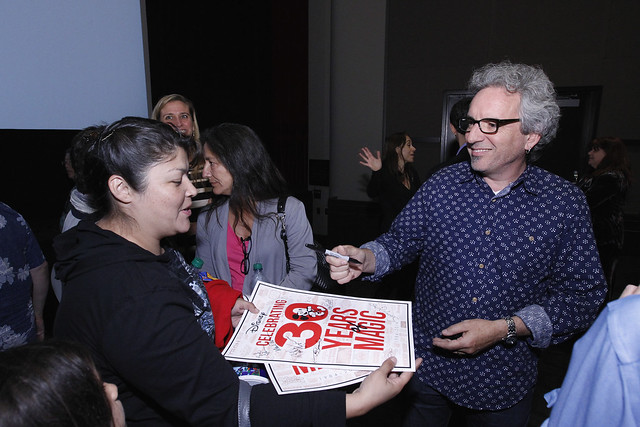 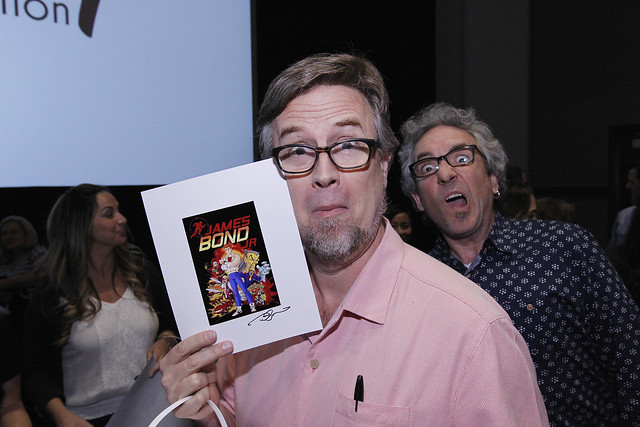