Ushering in the Christmas season, the “Frozen” gang appeared tonight for the first time in front of Cinderella Castle to illuminate its spires with an icy flair.

Anna, Elsa, and Kristoff took the stage to begin the new show, quickly welcoming Olaf into the character mix for the first time ever in a Disney theme park. They note that it isn’t their Arendelle castle – they’re just “visiting.” But with encouragement from the crowd, Elsa decides it’s okay to use her powers to put on a little performance.

There’s no singalong of “Let It Go” in this stage show, though strains of the song are heard mixed in with some new holiday music. Elsa swirls her magic via projections on Cinderella Castle before its thousands of twinkling lights brighten along with a few pyrotechnic blasts. 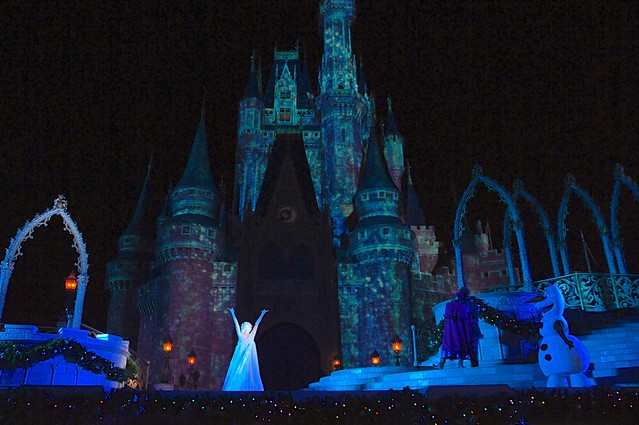 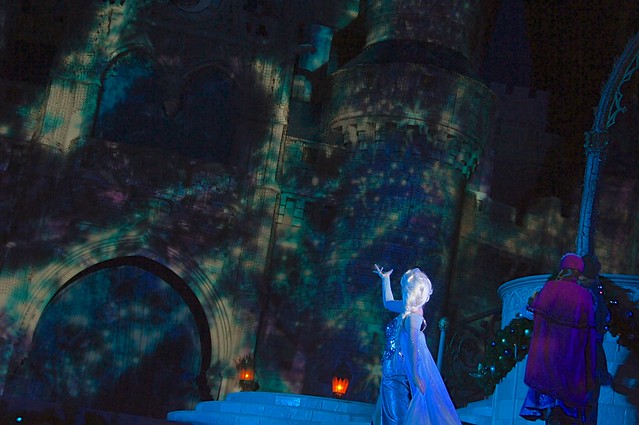 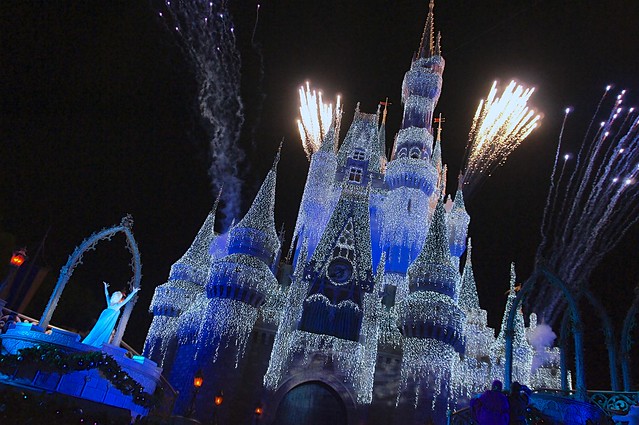 Anna and Kristoff share a few choice moments, as Anna almost refers to him as her boyfriend but stops short, simply calling him her Kristoff. But they definitely stay close throughout the performance. Olaf is certainly larger than he appears in the movie, a point which is poked fun at when he notes how small the audience is from his initial vantage point up on the castle. Disney clearly knows this costumed character isn’t exactly the right size, but it works anyway. 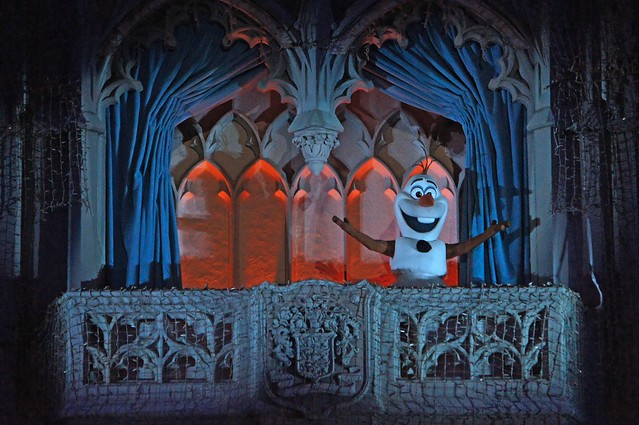 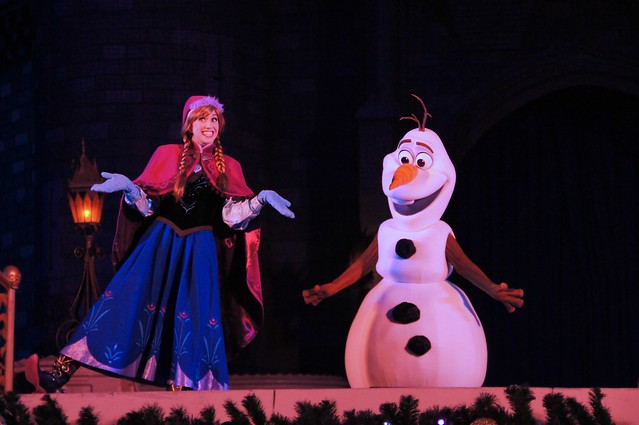 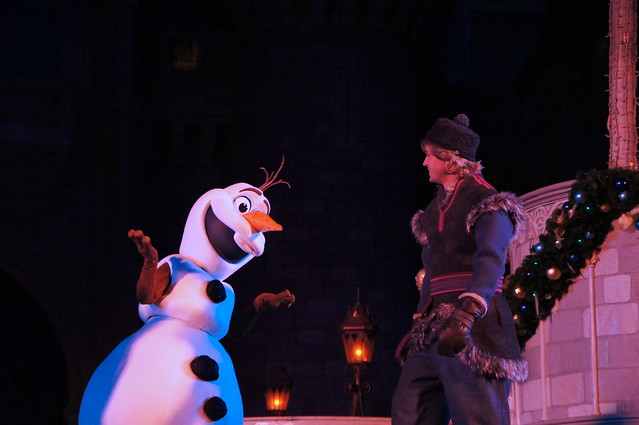 A Frozen Holiday Wish has just the right mix of “Frozen” familiarity and holiday spectacle, without feeling too in-your-face about either one, especially when debuting so early in November, nearly two months before Christmas day. The show will continue to be performed twice nightly throughout the rest of the year. 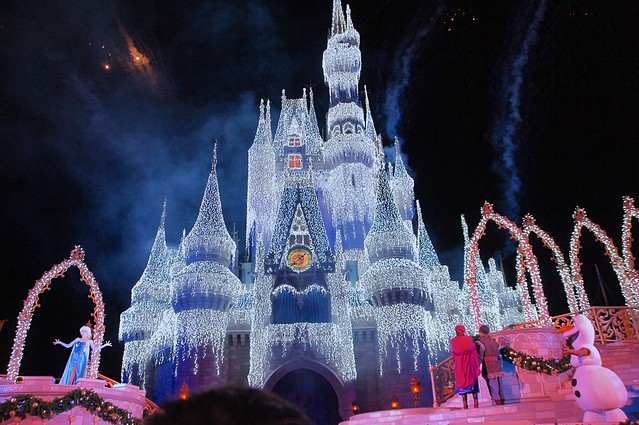 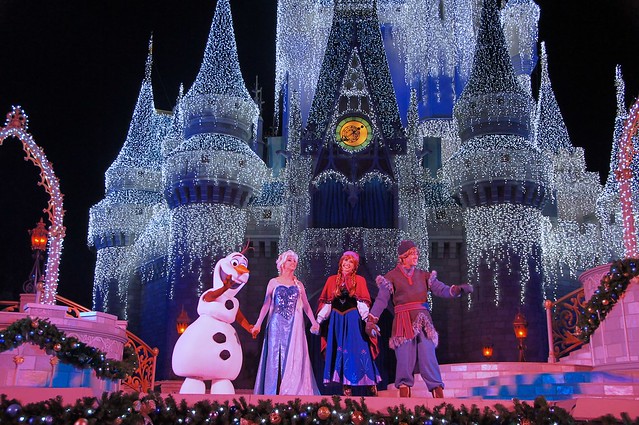