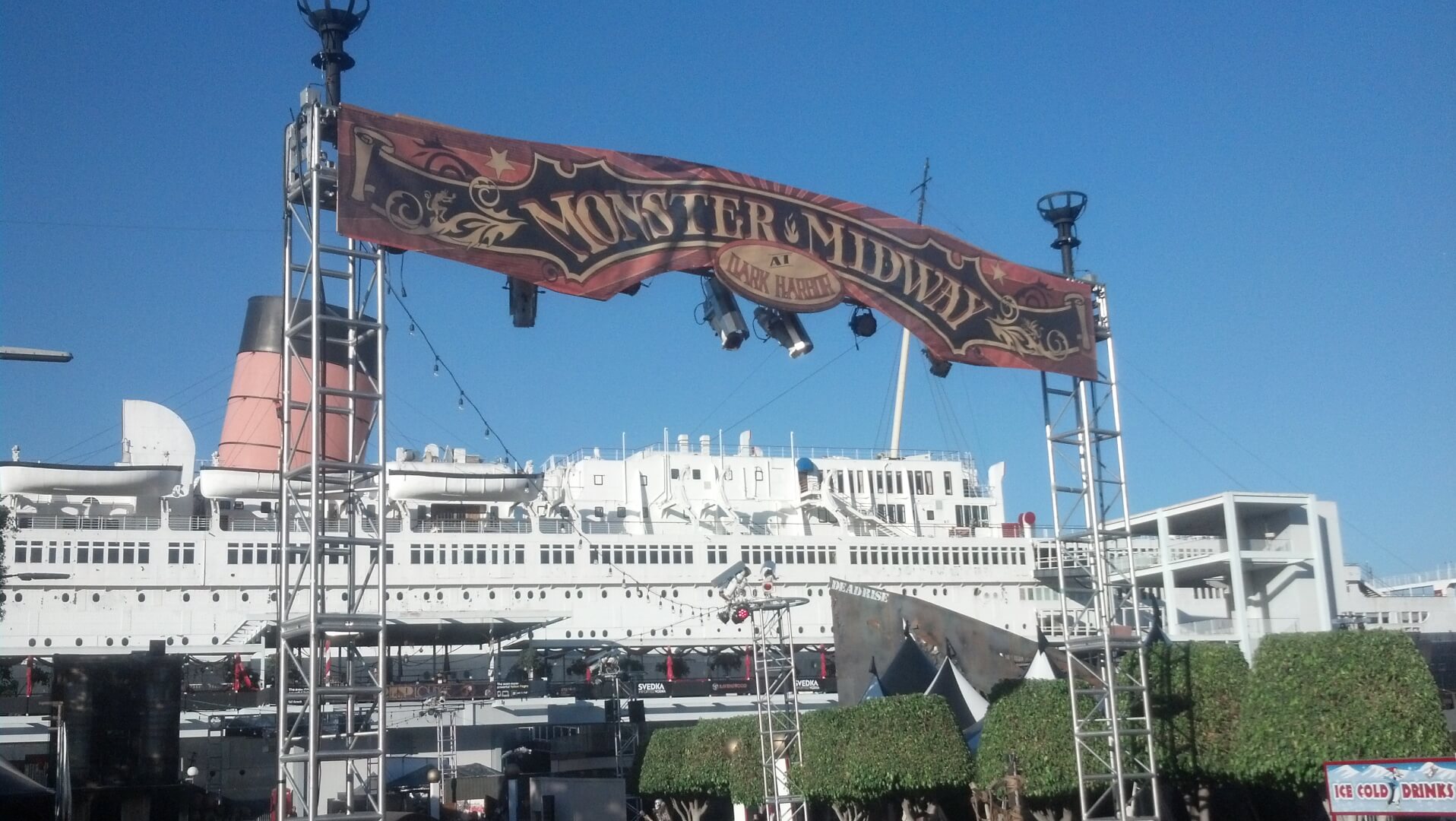 On the docks of Long Beach , California sits the once grand ocean liner the Queen Mary. On May 27, 1936, the Queen Mary departed from Southampton, England crossing the ocean on her maiden voyage. For several years The Queen Mary was the greatest and grandest ocean liner hosting celebrities like Bob Hope and Clark Gable as well as royalty.

When World War II began, history had a different plan for the Queen Mary. She was quickly turned into a troopship leaving the joys of celebration aboard the ship as a thing of the past. The ship was painted a grey color to act as camouflage and became known as “Grey Ghost” as she was the largest and fastest ship available. After World War II the Queen Mary was restored to her original glory like before the war and carried passengers across the Atlantic for several more decades. On October 31 (Halloween), 1967, the Queen Mary departed on her final cruise arriving in Long Beach, California. She has been there ever since.

The Queen Mary has a long history, but some of her past may still be lurking around the grand ship. Time magazine has voted the Queen Mary one of the ten most haunted places in America. Year round there are many haunted tours offered aboard the ship, but during Halloween season greater and many more haunts are waiting for you as part of “Queen Mary’s Dark Harbor: Evil Lurks Within.”

The best part of Dark Harbor is the fact that they have a fantastic (already really haunted) location to create some of the mazes. Half of the haunted mazes (B340, Soulmate & Submerged) are located inside the basement of the ship. Frankly, these old basements are creepy enough prior to building a haunt inside. Filling it with crazy characters simply adds to the already present discomfort and fear.

And those characters were all out for the event’s opening night earlier this month, including the famed Ringmaster and Scary Mary among others. Below are a few preliminary thoughts on this year’s haunted mazes at Queen Mary Dark Harbor from opening night. Since haunts evolve over the season, generally improving, we’ll return soon for a more complete review and overview.

B340 – Journey through the terrifying mind of Samuel the Savage, and find out the truth behind stateroom B340. There is no way out but his.

Soulmate – There is a masquerade ball aboard the Queen Mary, and graceful Gale is searching for her eternal soulmate. Could it be you?

Voodoo Village – The Voodoo Priestess and her following of rabid gypsies have taken over the Village. Encounter voodoo spirits, tombstone monsters, horrifying sacrifices and murky bayous as you make your way through.

Deadrise – Board if you dare, and run for your life from Half Hatch Henry and the vengeful souls of this long lost warship, previously buried beneath the waves.

Circus – Face your nightmares as you fight your way through the horrors under the Ringmaster’s big top.

Submerged – Descend into a sinking ship and encounter the drowned souls that reside there or risk the wrath of Scary Mary.

One of the more unique (but not necessarily scary) things to do while visiting Dark Harbor is riding the swings ride from Michael Jackson’s Neverland Ranch. These swings have been relocated to the site of Dark Harbor as part of the event. There is also an add-on attraction (additional cost) called “Encounters” where you are guided through the ship and taken on an adventure. Someone in your group is taken away by the ghosts and you must find them. You must sign a waiver before going on this adventure, but – to be completely honest – it was my least favorite attraction of the night. The experience is brand new this year, so there are growing pains to get through. Again, more thoughts to come on this in the near future. Overall, The Queen Mary Dark Harbor is a fun night of traditional haunts. My favorite experiences are definitely the haunts that take place inside the ship. I would suggest checking out “B340”, “Soulmate” & “Voodoo Village” first as these are the newest mazes and are most likely to get the longest lines as the night goes on.

Check back to Outside the Magic soon for a closer look at Queen Mary Dark Harbor for 2014.

Jeff DePaoli is an entertainer/producer living in the Southern California area. He is co-host of the podcast “Dizney Coast to Coast”. Visit www.DizneyCoastToCoast.com to get your list of “America’s Hidden Mickeys”. Twitter/Instagram