Originally announced to open back in May, Falcon’s Fury was delayed until earlier this month when it finally officially debuted. Mark Rose, VP of Design & Engineering for Busch Gardens Tampa, explained there were no safety concerns with the ride but rather reliability issues that prevented it from opening on time. Now they’ve fixed those problems, enabling it to send it passengers screaming downward on a daily basis. 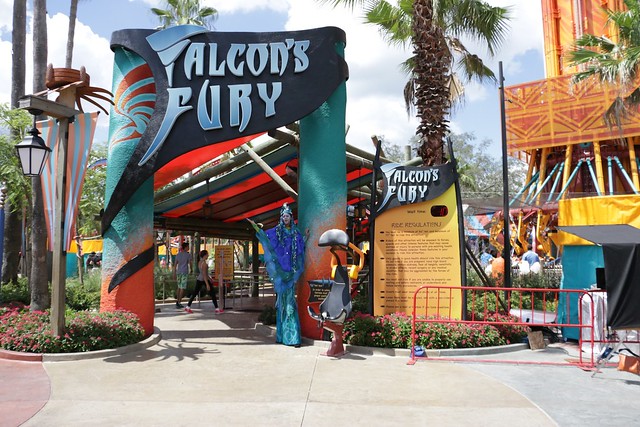 The video below offers an up close look at the Falcon’s Fury experience, including some rather amusing super slow motion moments. If you saw our Ihu’s Breakaway Falls video from Aquatica, consider this a sequel of sorts, once again starring our photographer Karin Yarnell – as well as myself – dropping to our doom. 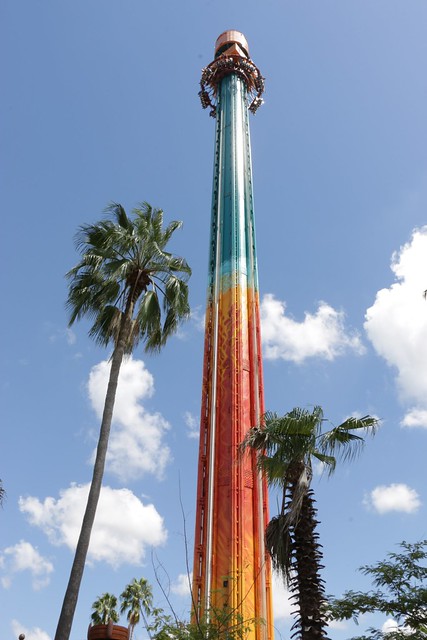 The height Falcon’s Fury reaches is no joke. It offers an incredible view stretching well past downtown Tampa and encompassing all of Busch Gardens. The ride takes about a minute to passengers get to its peek, giving plenty of time to enjoy the landscape.

But once up there, riders don’t have any time to consider what’s about to happen, as Falcon’s Fury immediately rotates seats to face everyone aboard 90 degrees downward. It’s an immediate, heart-pounding thrill to be staring straight down at the ground. Rose says the experience was inspired by skydiving – and the comparisons are obvious from that vantage point. 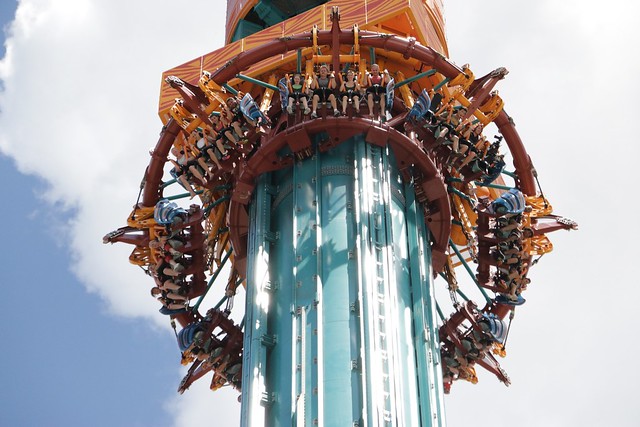 But unlike with the park’s Sheikra roller coaster, Busch Gardens doesn’t leave riders hanging for long on Falcon’s Fury. It takes 8 seconds to rotate 90 degrees and 5 seconds later, the fall begins – and ends just as quickly. But that brief 5-6 second thrill is unlike any other. Reaching 60mph during the drop, the ride produces laughs, screams, and tears, along with a whole lot of heavy breathing afterward.

Here are just a few of those hilarious reactions: 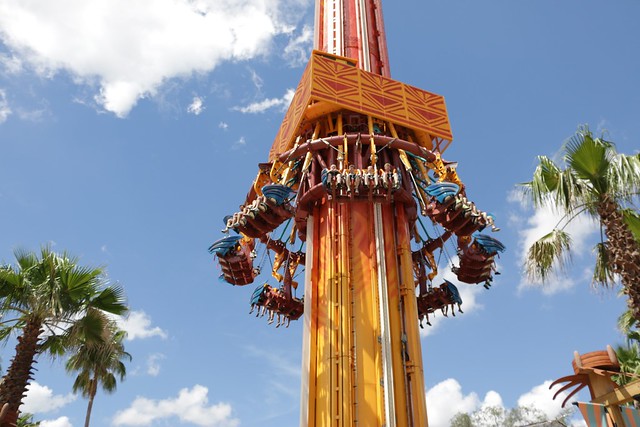 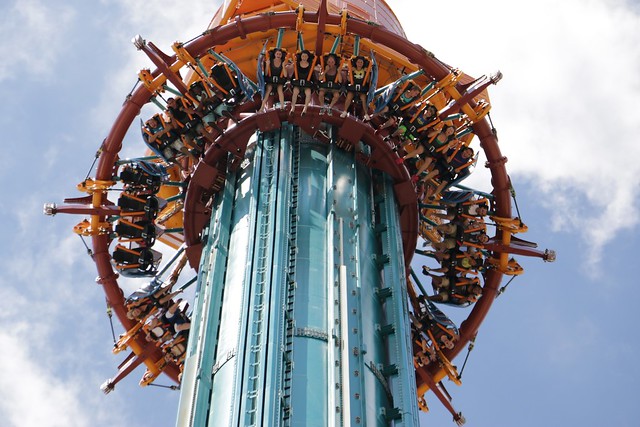 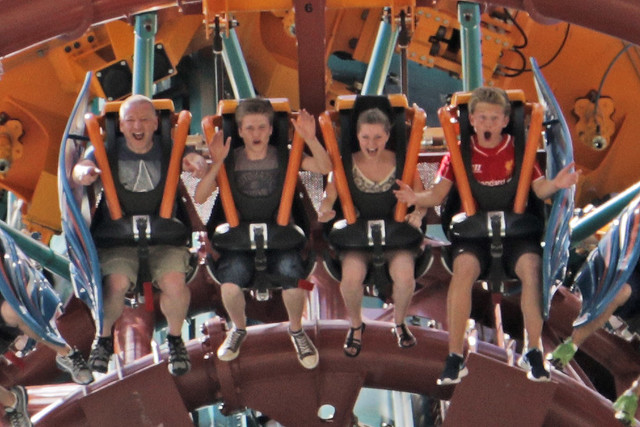 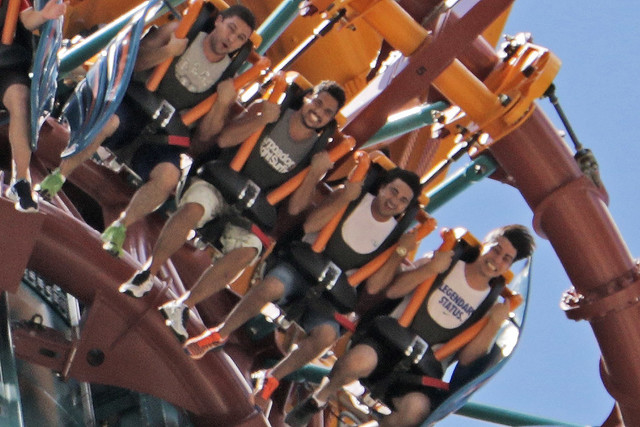 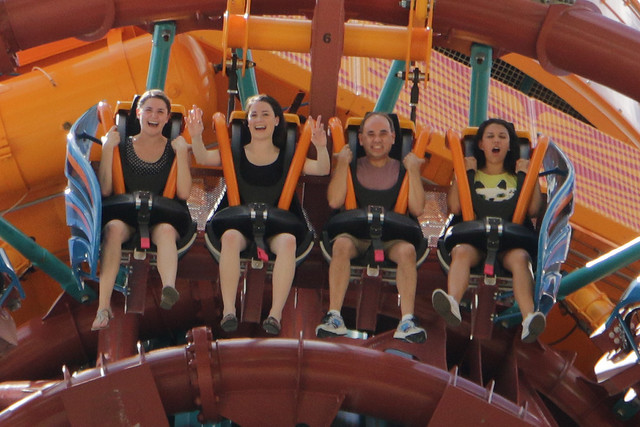 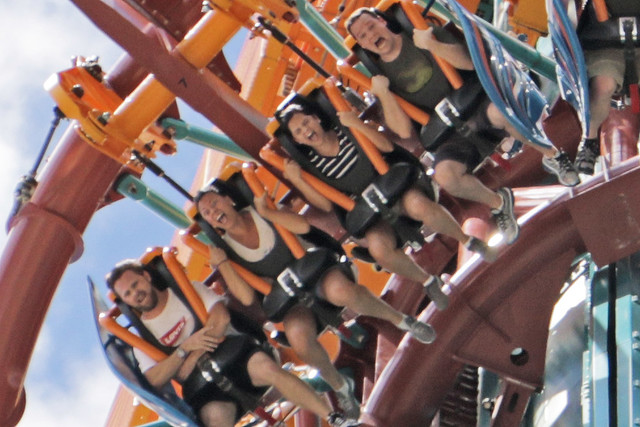 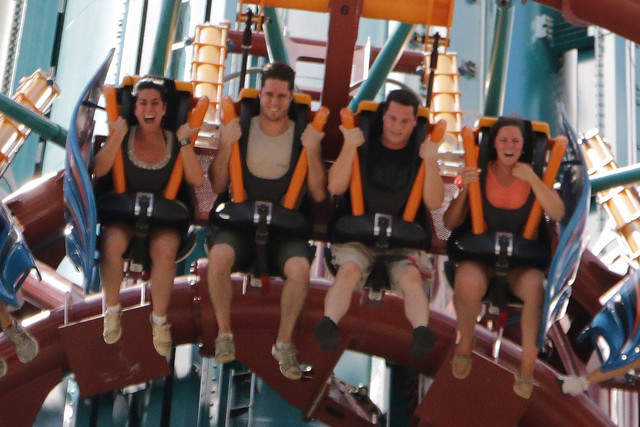 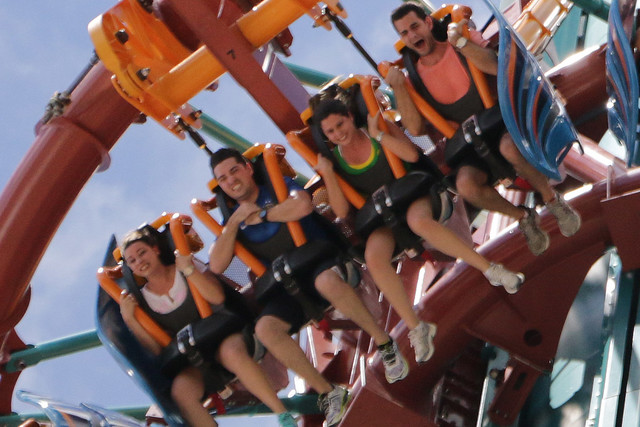 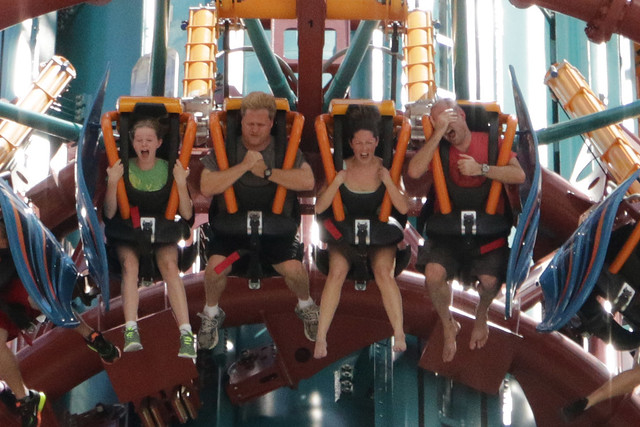 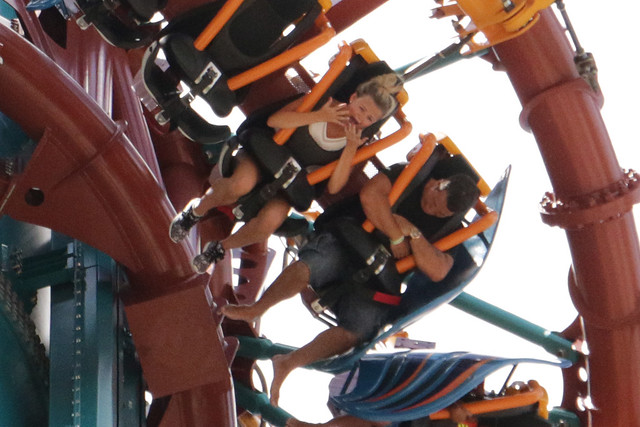 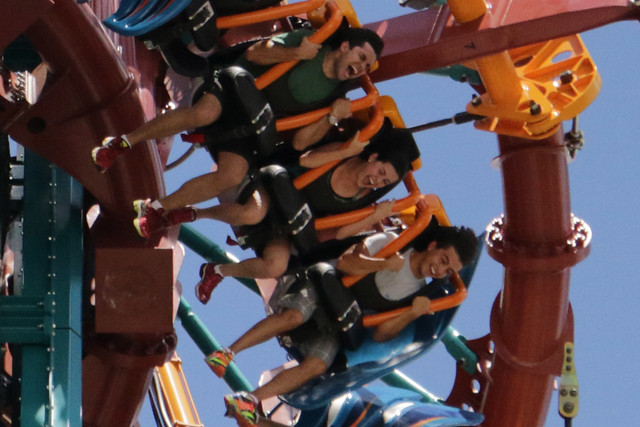 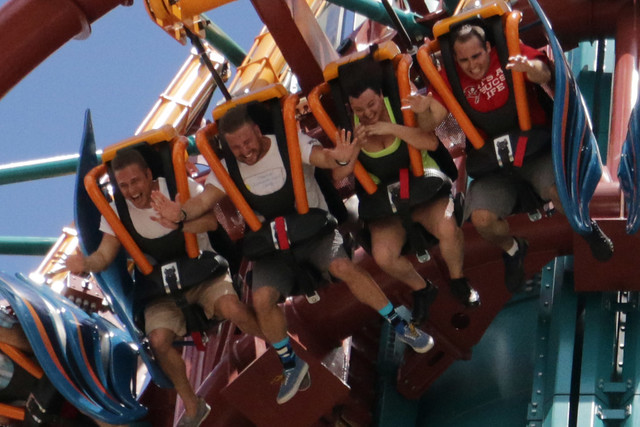 Wait times during this slow season remain relatively short at just 10-15 minutes during the week or around 30 minutes on weekends. Falcon’s Fury is sure to be even more popular as Howl-O-Scream arrives next week, adding to the screams that will be resonating from the event’s many haunted houses.

Falcon’s Fury is located in the newly renovated and renamed Pantopia, formerly Timbuktu. Pantopia features an updated theme, paint scheme, decor, restaurant, and shop. But most importantly, it has Twisted Tails Pretzels, home of the must-try Pretzel Bacon Fury – a pretzel twisted around bacon. Add some beer cheese dip for a perfect pairing. 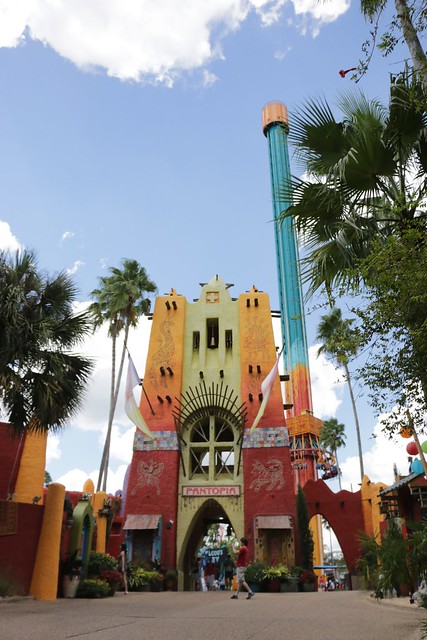 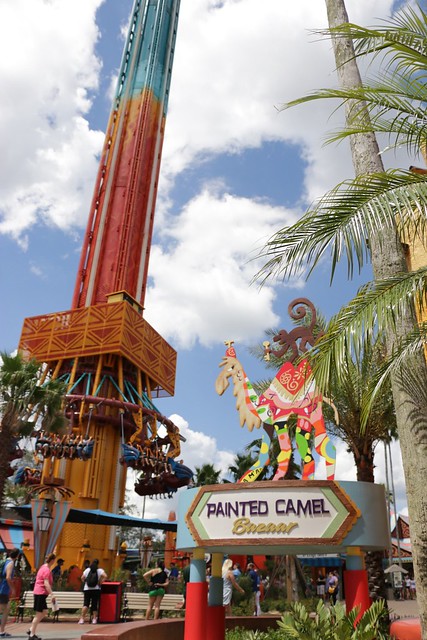 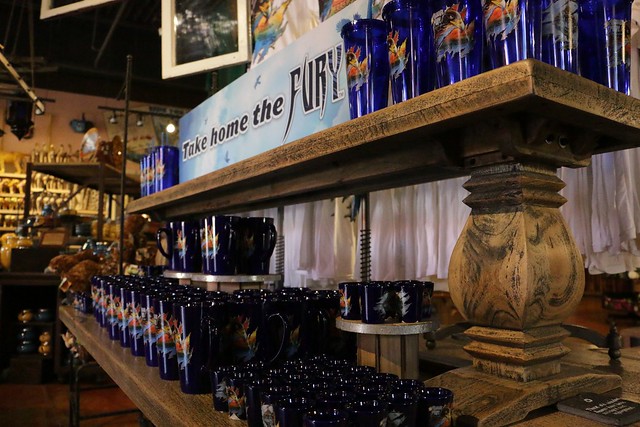 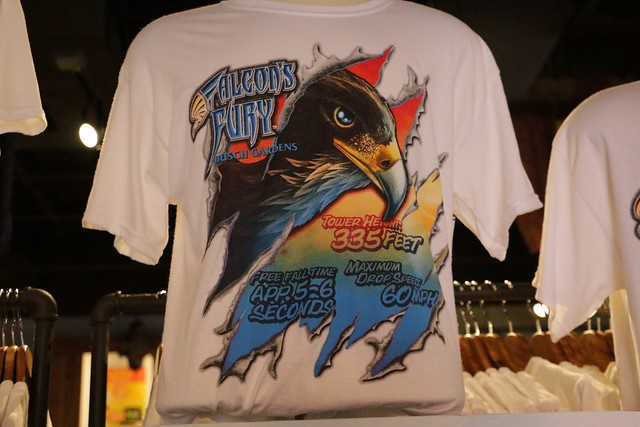 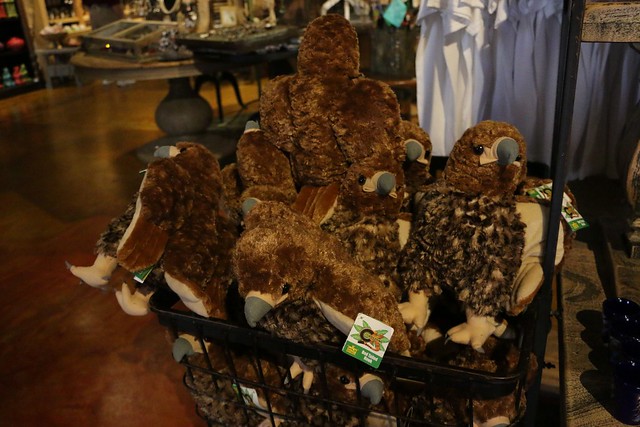 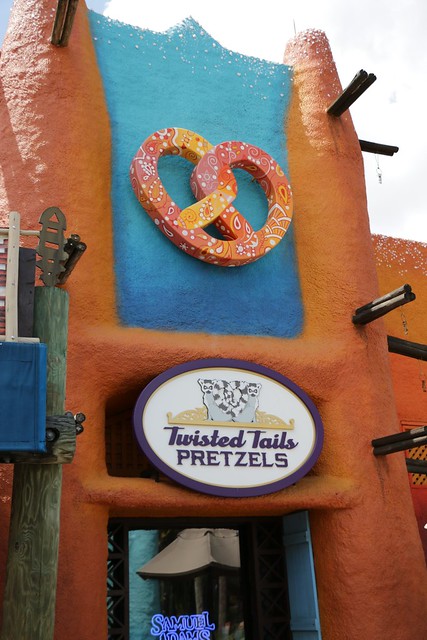 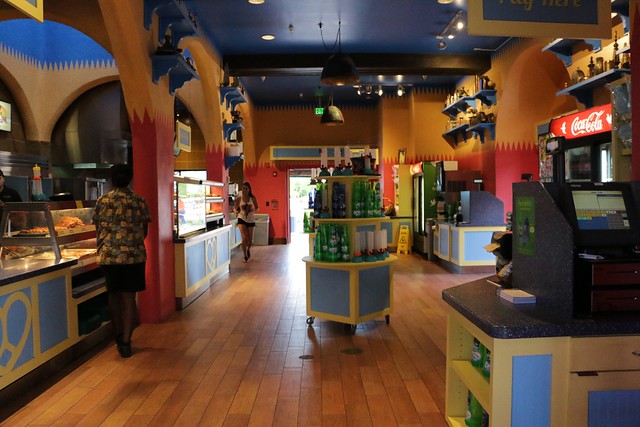 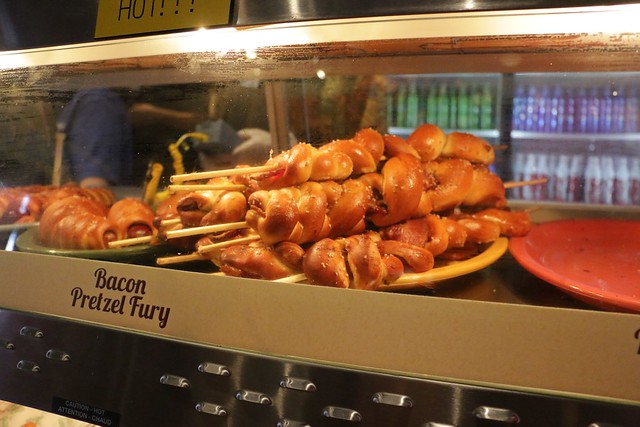 The park hasn’t forgotten Pantopia’s past either, with a little Timbuktu tribute featured in the area. 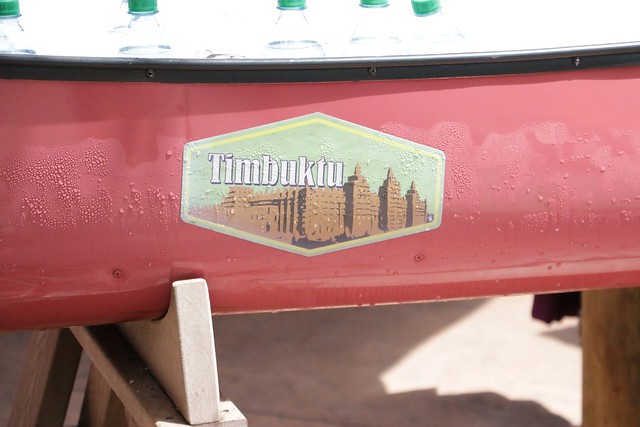 In a park filled with roller coasters old and new, Falcon’s Fury adds a new dimension to Busch Gardens Tampa, allowing guests to get a bird’s eye view ever so briefly before experiencing the biggest thrill of the park.