The “breakaway” in Ihu’s Breakaway Falls comes from three of the four slides that feature a floor that suddenly disappears, sending guests plummeting downward from more than 80 feet in the air before swirling through twists and turns. It’s even more thrilling than it sounds. 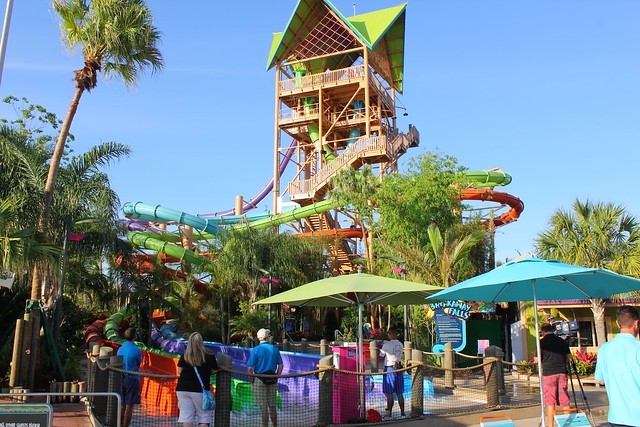 To best capture that stomach-in-the-throat moment when the ground vanishes, the video below features ultra slow-motion images captured at 240 frames per second – 8 times normal speed – in addition to a full POV of one of the four slides.

Aquatica also held an opening moment for Ihu’s Breakaway Falls during an evening party that included Tahitian dancers and an honorary “first” ride.

It takes quite a bit of energy to scale Ihu’s Breakaway Falls, requiring guests to climb 126 stairs to reach the top. That’s 504 steps for those who want to experience all four slides. 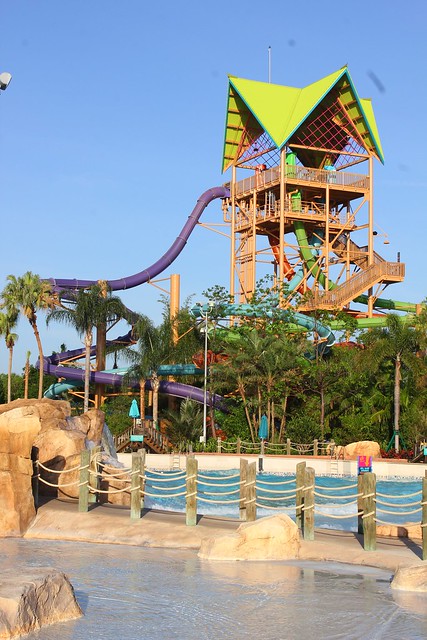 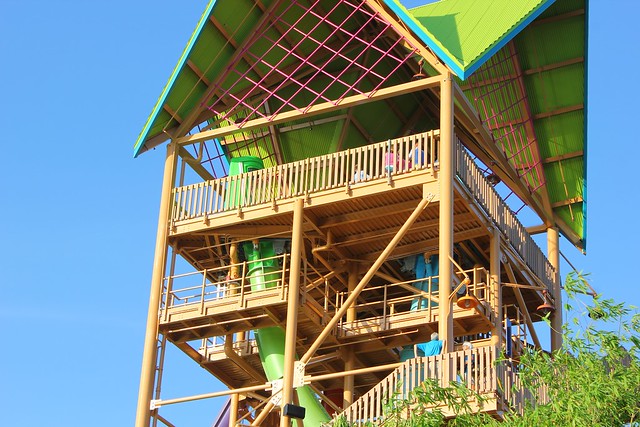 But it’s well worth it, as the smiling faces of riders splashing down at the bottom attest. 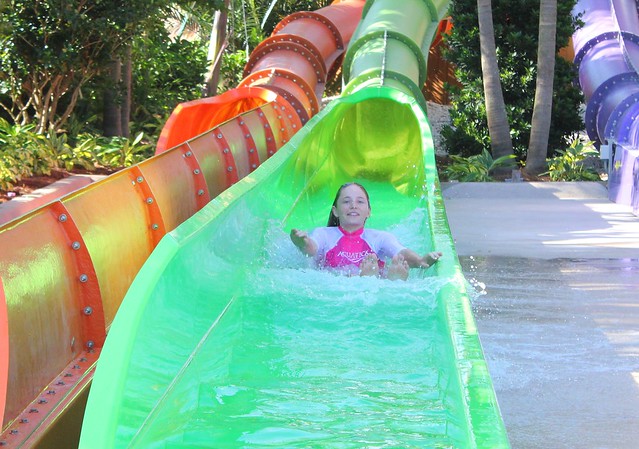 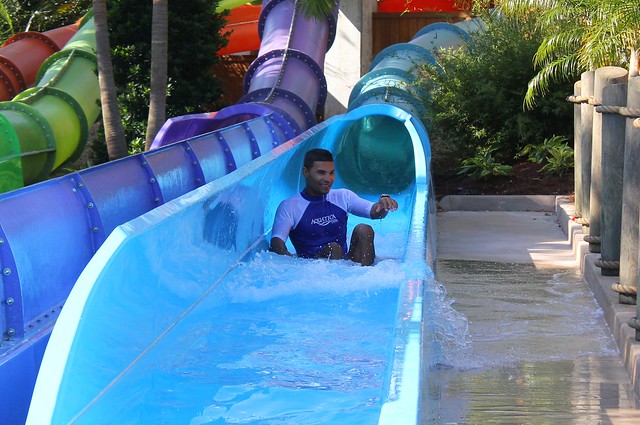 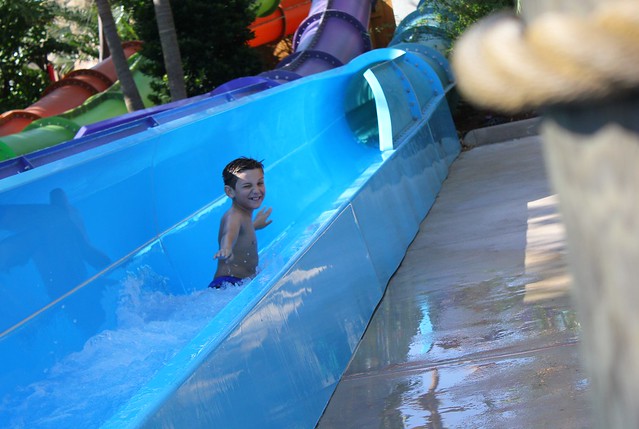 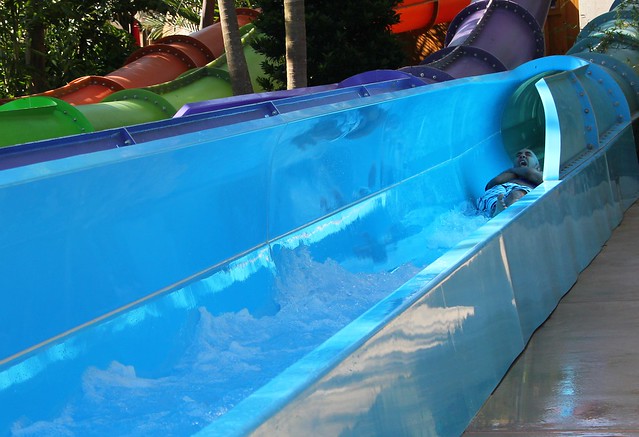 The view from the top is outstanding, covering all of Aquatica, peeking into nearby SeaWorld, and even peering down International Drive toward the convention center. 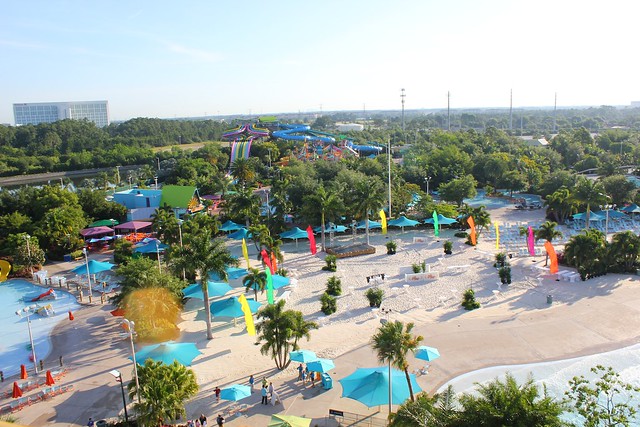 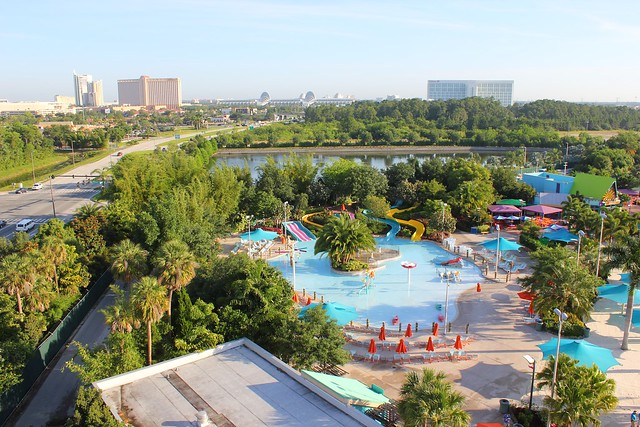 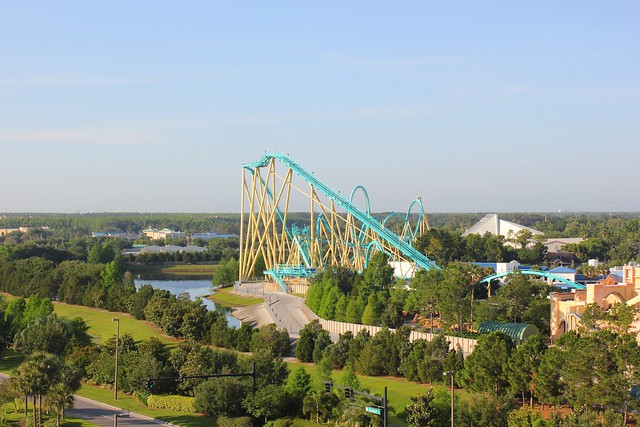 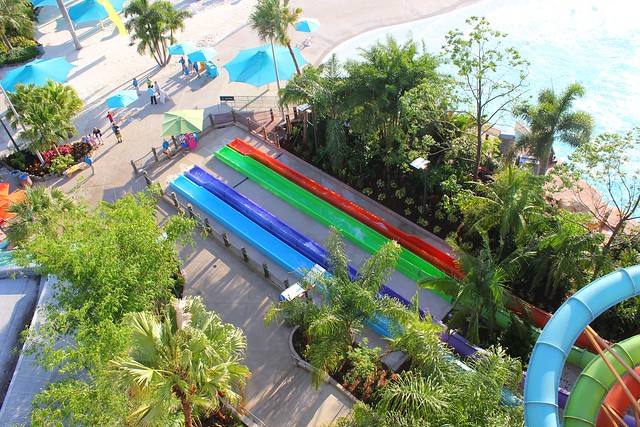 Guests choose between the blue, orange, green, and purple slides. Blue and orange are the most thrilling, with the steepest drops and fastest corners. Green provides a little relief, though not much. 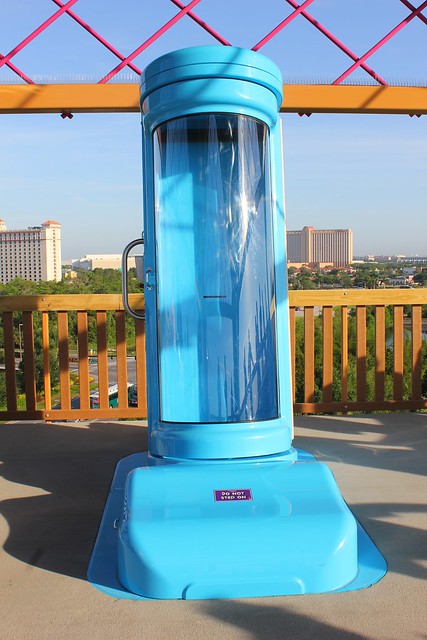 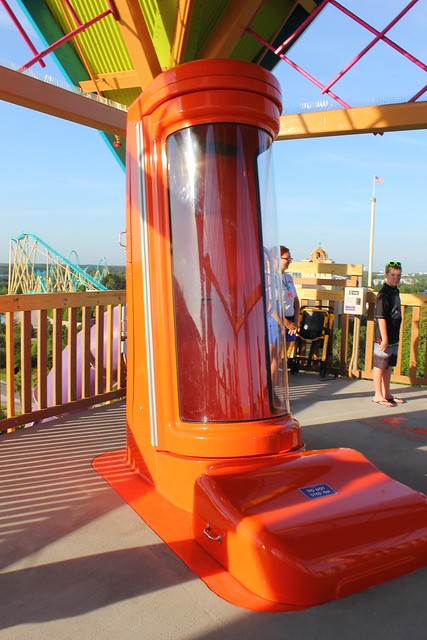 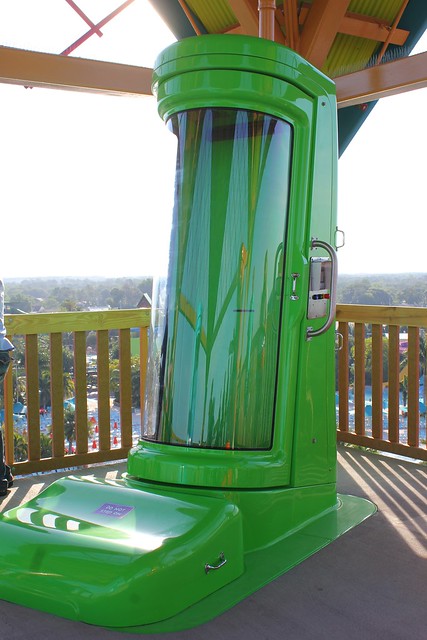 All three of these enable guests to face each other while anticipating the big moment. After stepping into a breakaway box and crossing arms and legs, guests wait for the countdown “3… 2… 1… launch!” before the fun begins. Purple is an entirely different type of slide, propelled by guests’ own power off of the top immediately into the steepest drop of them all. It’s definitely the most thrilling. 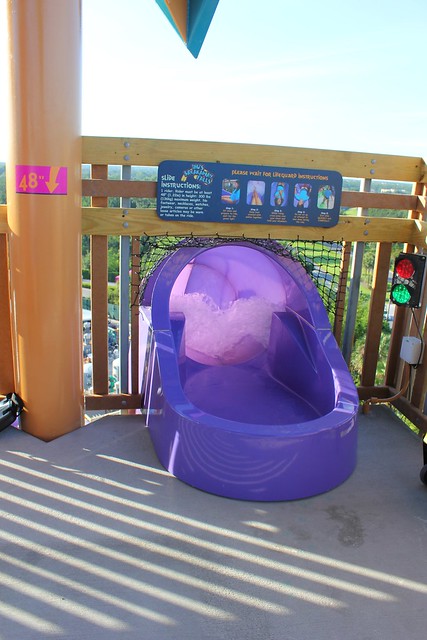 To commemorate the accomplishment of surviving the drops, a photo opportunity is available on the ground allowing guests to pose in front of a green screen as if they are on the ride. No actual on-ride photo is available, but the result of this add-on is quite nice. For $15 guests receive a printed copy of the photo as well as have it instantly emailed and texted to them for quick sharing online. And while guests ride solo, they can be photographed together for amusing results, like with me and our photographer Karin Yarnell below. Ihu’s Breakaway Falls is the first addition to Aquatica in a couple of years, since the opening of Omaka Rocka but it’s well worth the wait, now the most exciting and thrilling part of the entire park.