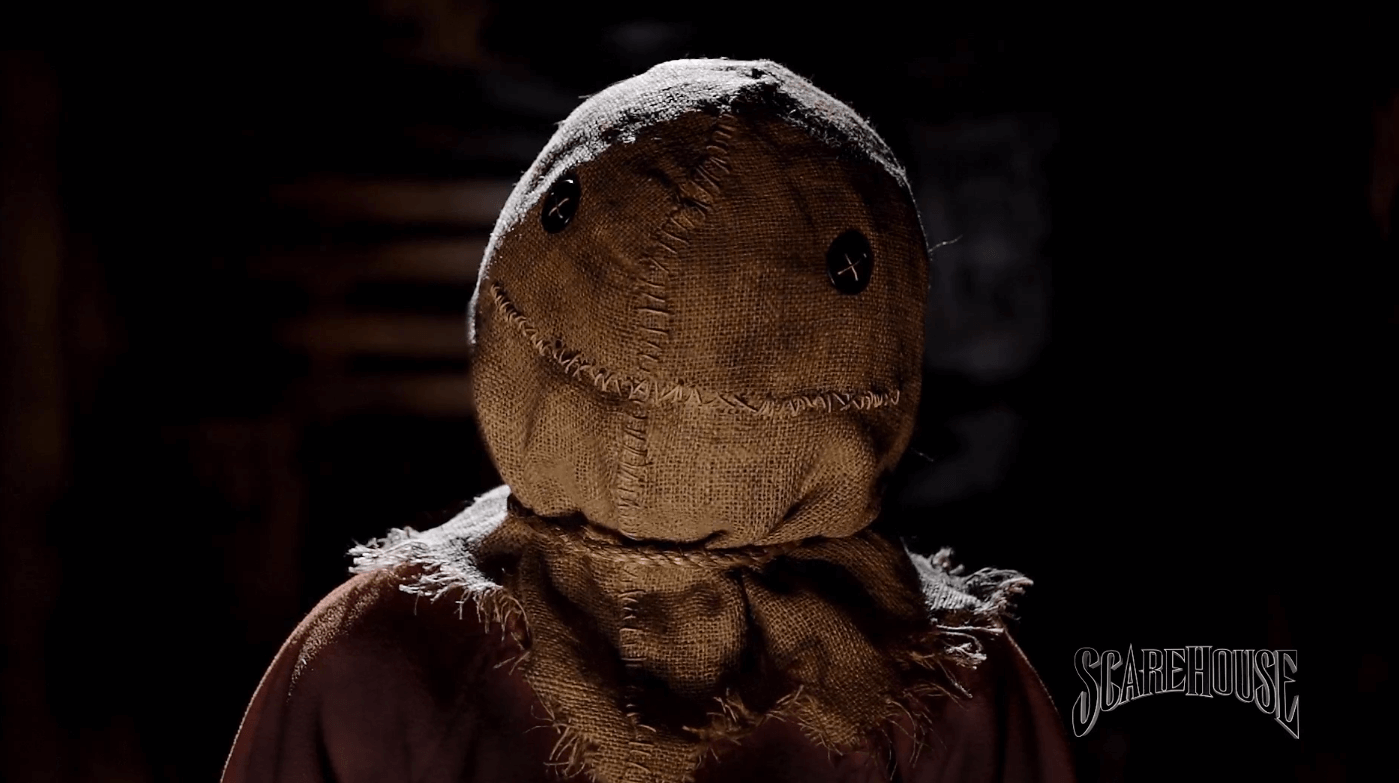 Since 2007, fans of the now cult classic horror film “Trick ‘r Treat” have been begging to have it made into a haunted house. This year, for Halloween 2014, that wish is becoming a reality at ScareHouse in Pittsburgh, PA.

Today ScareHouse announced they have partnered with Legendary Entertainment and Trick ‘r Treat writer/director Michael Dougherty to bring the film’s star character Sam to life within their haunted attraction. There won’t be an entire haunted house based on the film, but Sam will certainly be seen amidst the other horrors within ScareHouse.

Legendary Entertainment is best known for smash hit films including The Dark Knight Trilogy, Pacific Rim, Godzilla, and the upcoming Skull Island, but horror movies like As Above/So Below and Guillermo del Toro’s upcoming Crimson Peak add to their popularity in the genre that began with Trick ‘r Treat.

Last year Thomas Tull, founder and CEO of Legendary Entertainment, visited ScareHouse with Dougherty and del Toro and all were impressed. “With the sound design and the atmospherics, it is beautiful. I could live here!” said del Toro.

Here is that encounter from Legendary’s perspective: In July 2013, Universal Studios announced a partnership to promote Legendary Entertainment films in their theme parks. That announcement gave Halloween Horror Nights fans hope that one day Trick r Treat would find its way into the event.

But it seems ScareHouse will be the first to give their guests a chance to come face to face with Sam while experiencing their unique attractions.

ScareHouse features three mazes, The Summoning, Pittsburgh Zombies: Black Out, and Creepo’s Christmas in 3D, along with the extreme add-on experience called The Basement. Their event kicks off this Friday, September 19.

More information can be found at ScareHouse.com.

Keep checking back to Outside the Magic for more updates from ScareHouse, including an exclusive look inside its new experiences for 2014.