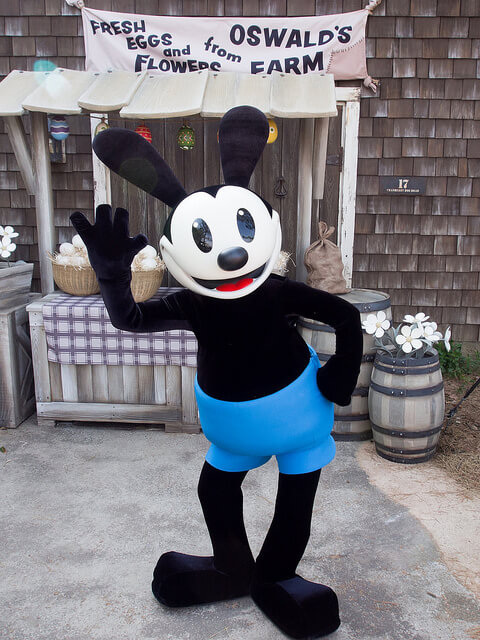 Disneyland has announced that Oswald the Lucky Rabbit will begin meeting and greeting with guests at Disney California Adventure starting September 14.

He’ll be on Buena Vista Street, not far from his namesake gas station near the front of the park.

It won’t be the first time Oswald has appeared as a character in the parks, though it will be his United States debut. Back in April he premiered at Tokyo Disneyland: