Disney fans have finally gotten their wish to meet Oswald the Lucky Rabbit in person as a new character meet and greet has debuted at the Tokyo Disneyland Resort featuring the Mickey Mouse precursor.

Located in the Cape Cod section of Tokyo DisneySea near Duffy’s greeting spot, Oswald the Lucky Rabbit now has his own farm featuring a background of muted colors that play well off of his mostly monotone appearance, other than bright blue shorts and a red tongue. He looks a lot like how he appeared in the “Epic Mickey” video game series. It’s the first time Oswald has ever been available to meet in the parks.

The following photos were supplied to Inside the Magic by Miyata Takeshi of Japanse Disney fan site dpost.jp. 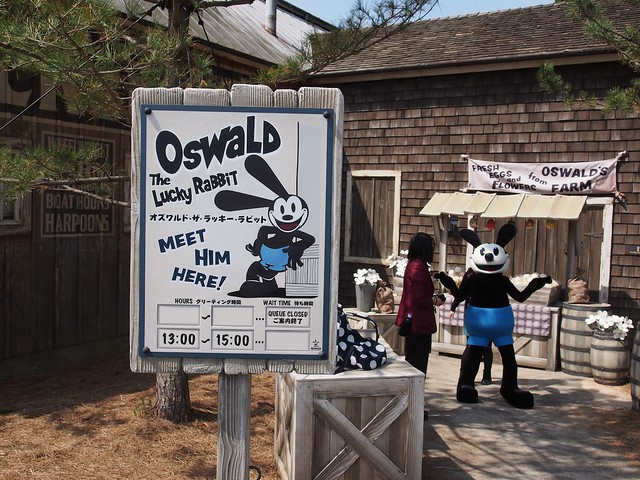 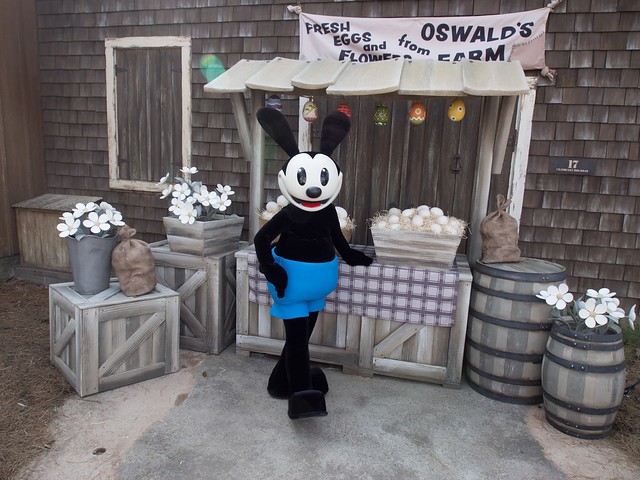 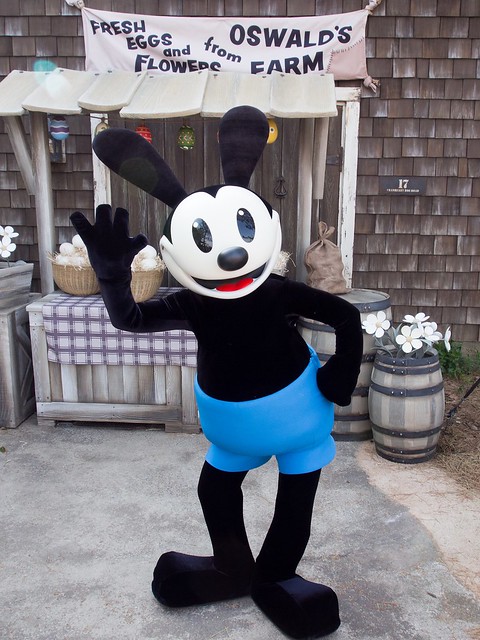 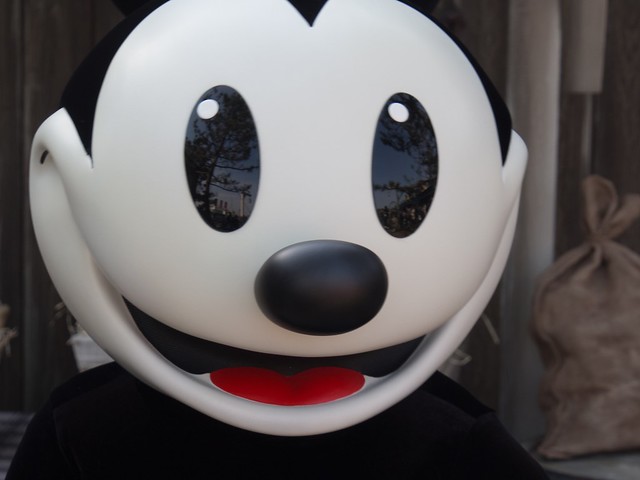 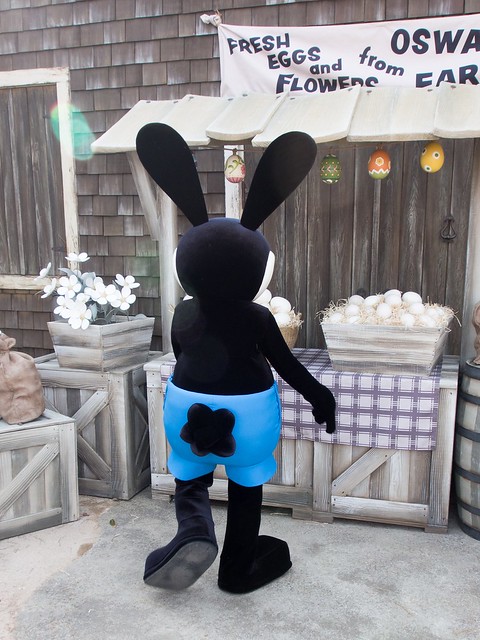 Oswald not only poses for photos with park guests but also signs autographs, another first for the character. 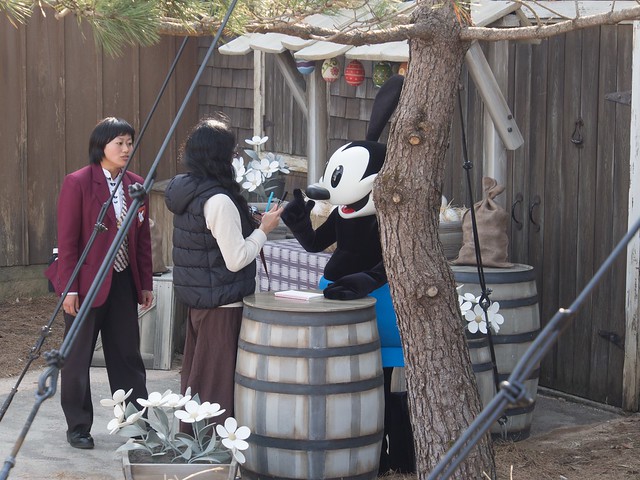 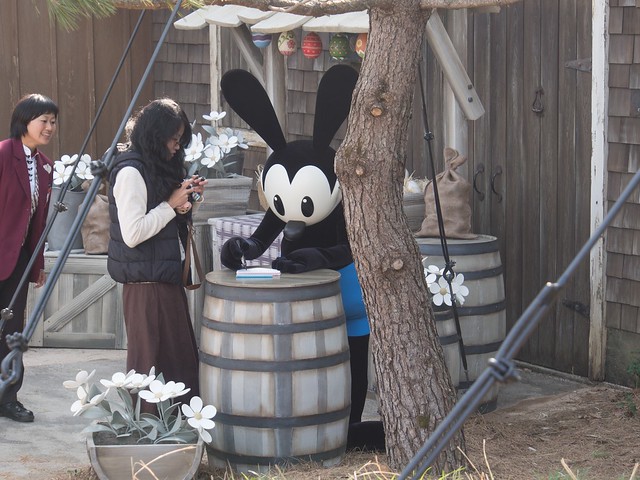 Of course, there’s plenty of new Oswald merchandise to be found there too. 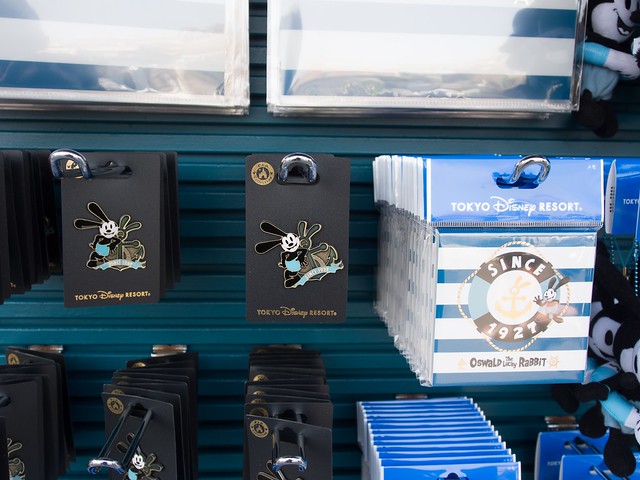 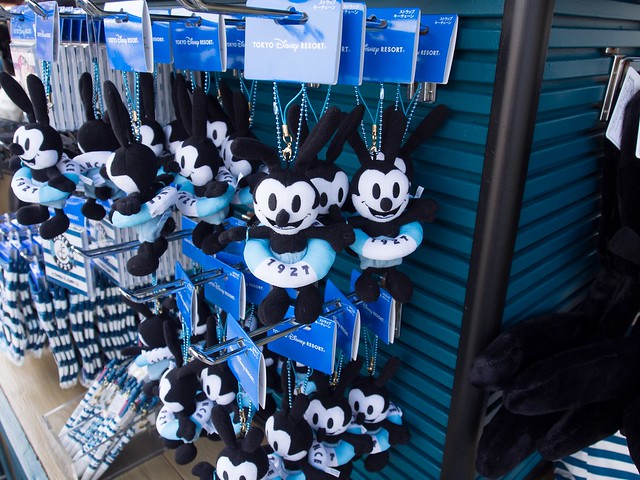 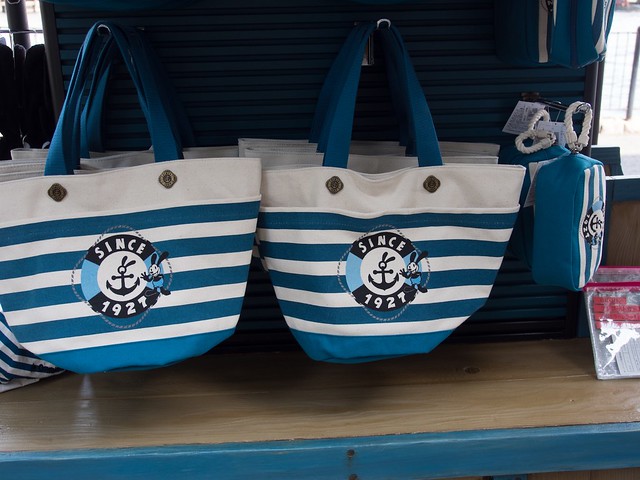 Considering Oswald’s rising popularity in the United States, it’s not hard to imagine that the Lucky Rabbit might eventually find a meet-and-greet home on Buena Vista Street at Disney California Adventure, where he already has his own gas station.

But for now, Oswald can only be met at Tokyo DisneySea.

More photos of Oswald the Lucky Rabbit at Tokyo DisneySea: 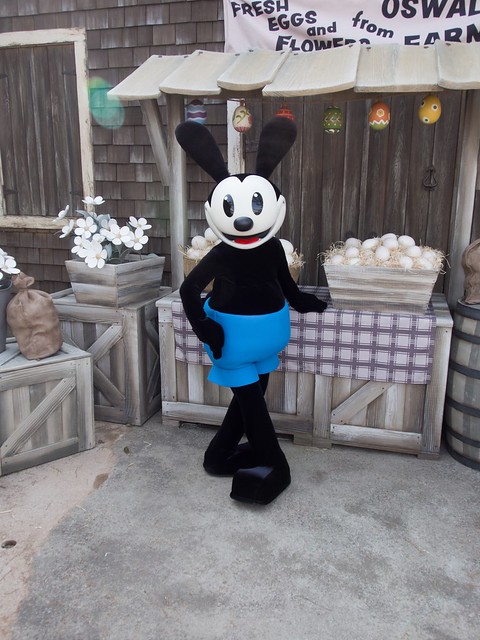 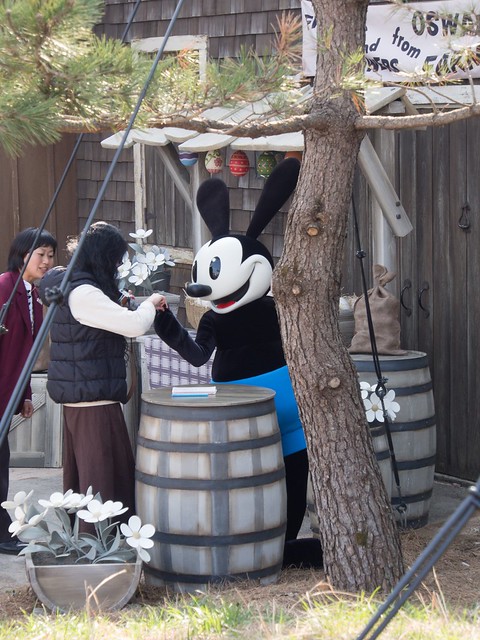 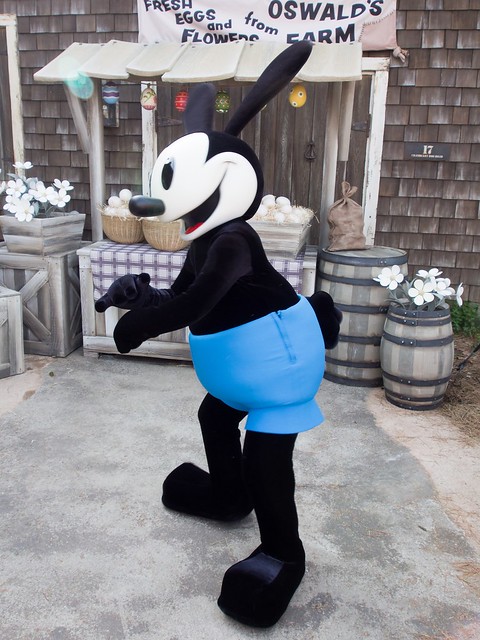 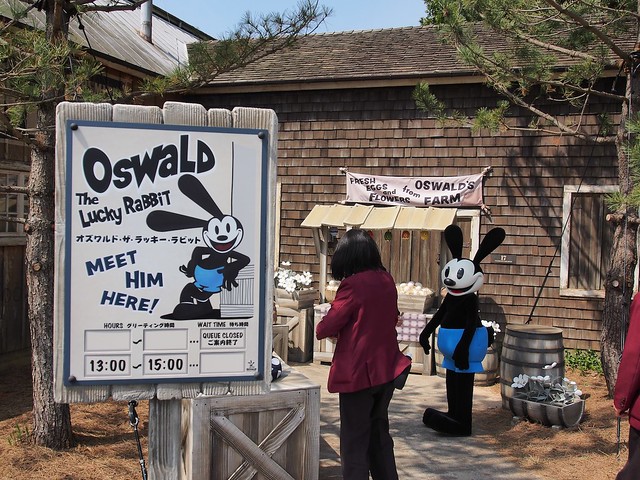