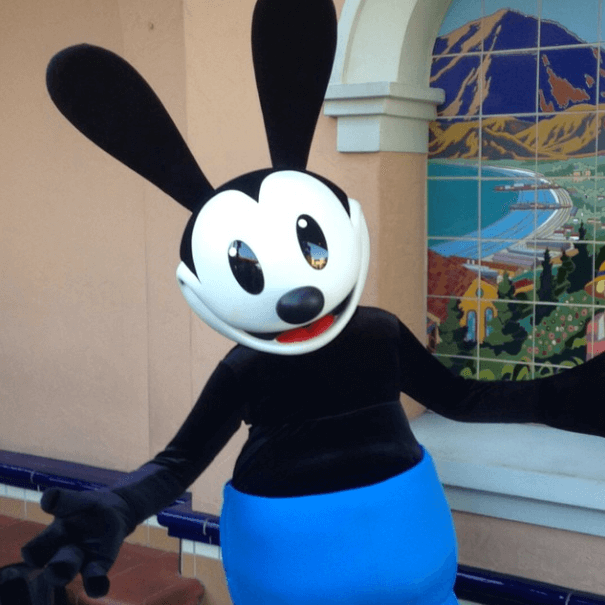 Oswald the Lucky Rabbit made his meet and greet debut at Disney California Adventure today in front of a small crowd of excited fans.

After first appearing in a recent annual passholder event, Oswald is now making daily appearances at the Disneyland Resort on Buena Vista Street, not far from the gas station-themed store named after him.

The Confluence Covers was there when Oswald first appeared in the park, sharing video with us. Here’s a look back at Oswald’s cavalcade from the annual passholder event a couple weeks ago:

Oswald first appeared as a theme park character back in April 2014 in Tokyo Disneyland, but the character himself has been around since 1927, predating Mickey Mouse.