This year’s event features many of the same fan favorite elements from years past, including an excellent parade and fireworks show along with plenty of characters to meet and lots of candy to take home. But as with every year, a few changes, tweaks, and additions add to the night’s highlights.

This year’s trick-or-treat bags handed out at the front of the park feature “Big Hero 6” on one side and “Sleeping Beauty” on the other. 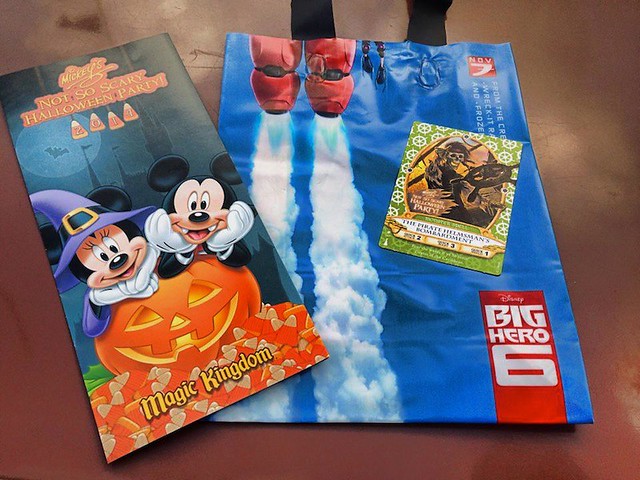 A special limited edition MagicBand is for sale with a fun new design. 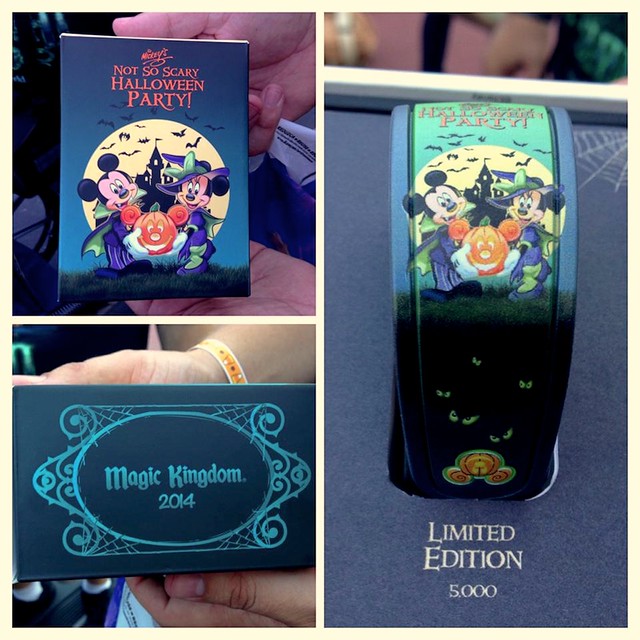 Naturally, there are plenty of pins available as well, including this surprise addition last night. 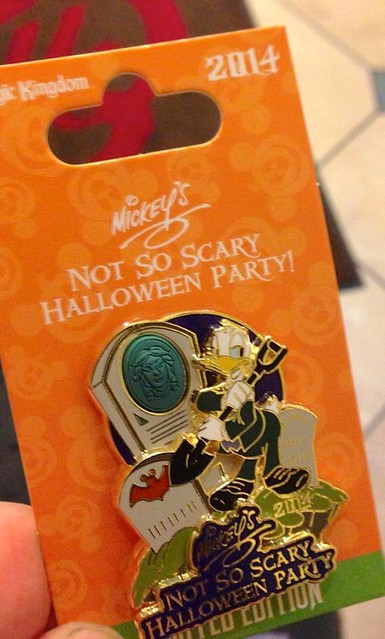 Many guests arrive in costume, encouraged for adults and children alike. One head turner was Jamie Lea Babineau, seizing the opportunity to be inspired by The Haunted Mansion, wearing a wallpaper dress and donning some ghoulish makeup. (Not-So-Scary doesn’t mean Not-At-All-Scary!) 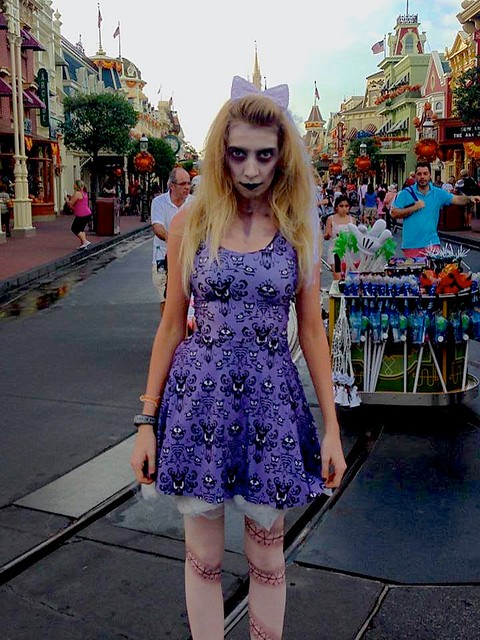 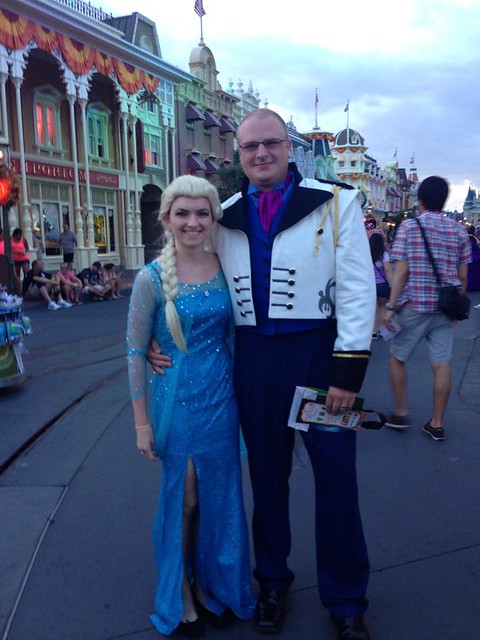 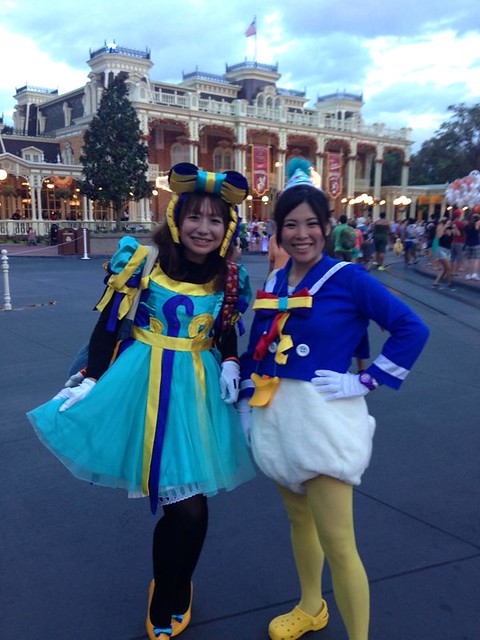 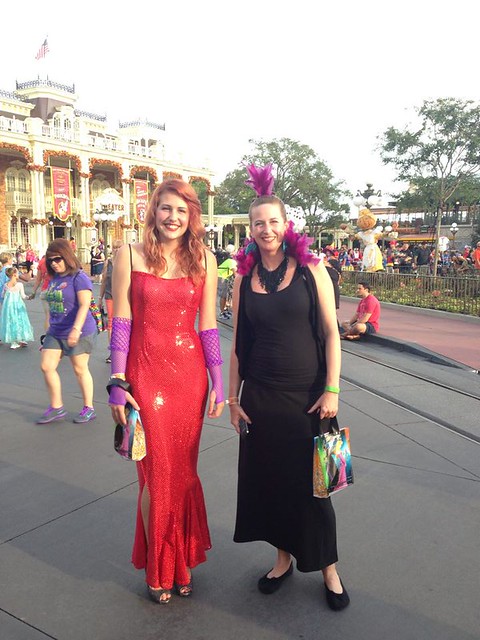 Boo To You Parade

The Boo To You Parade is always a hit at Mickey’s Not-So-Scary Halloween Party. This year, Wreck-It Ralph and Vanellope von Schweetz have been added, along with the Bowler Hat Guy and a rearrangement of floats.

Video: FULL Mickey’s Not So Scary Halloween Party 2014 Boo To You Parade 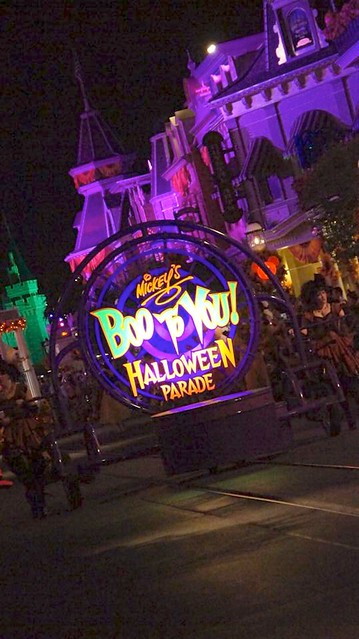 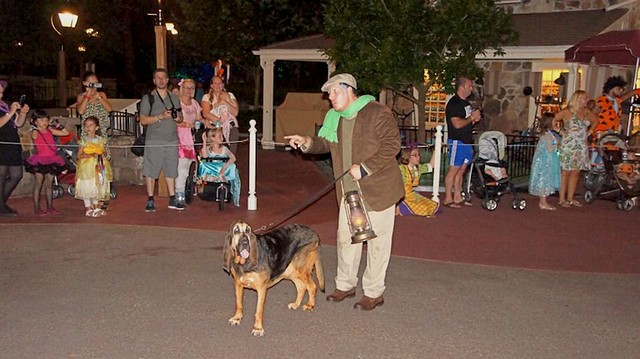 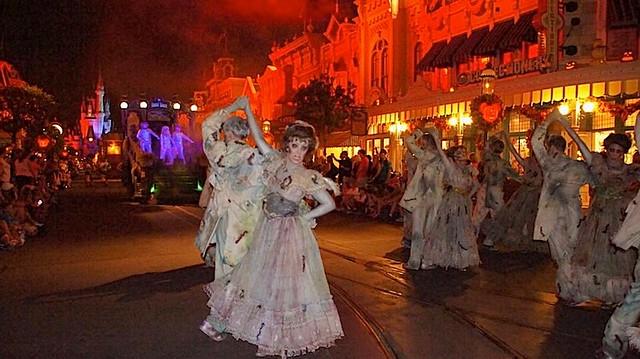 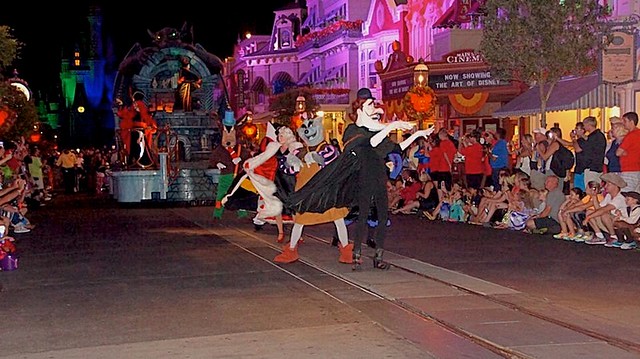 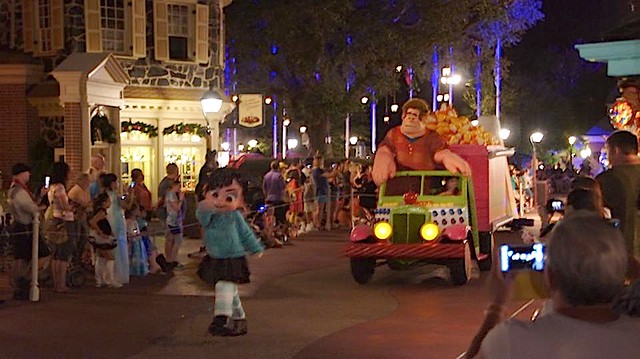 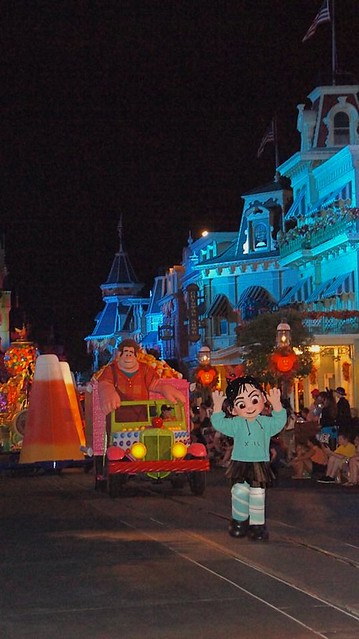 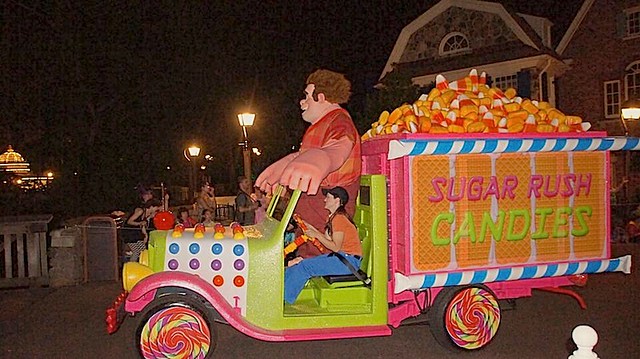 While the Happy HalloWishes fireworks show is the same this year as it has been in years past, we had some fun filming it this time with Instagram’s new Hyperlapse app, condensing the entire show into just 1 minute. Check it out below.

In Frontierland, the Diamond Horseshoe Saloon has been bathed in black light and transformed into Club Villain, where Disney’s baddies dance the night away. The saloon also features a DJ and graffiti style decorations. 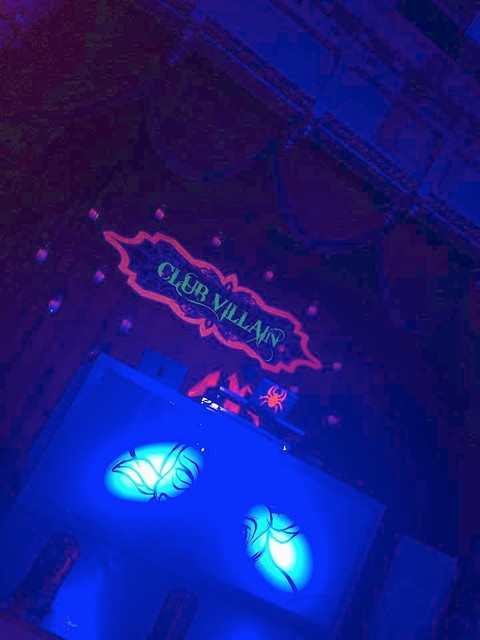 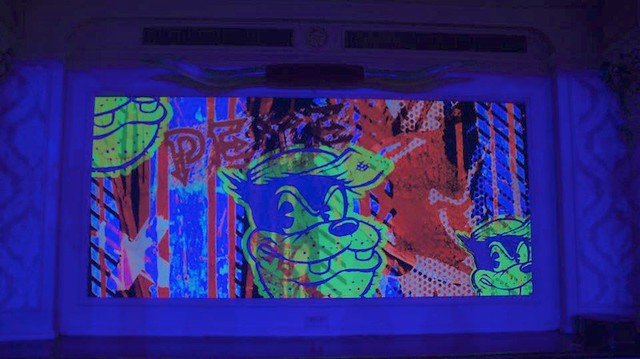 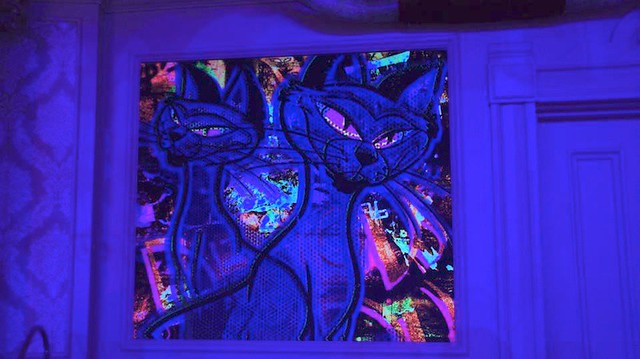 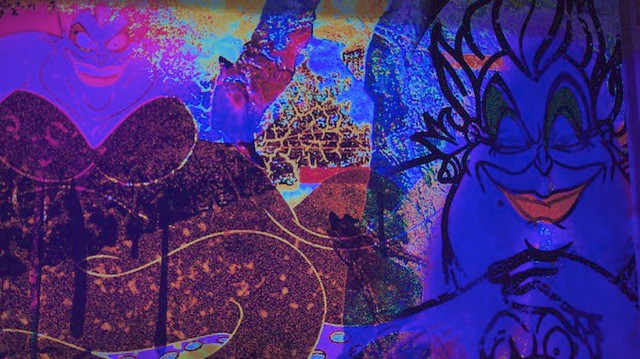 Another opportunity to get up close with these characters is in the event’s new Villains Sinister Soiree, which costs an additional $99 per person. For that cost, an array of the same villains that roam the event appear over a couple of courses of meats, cheeses, and dessert, spanning an hour’s time inside Cinderella Castle. This was the evening’s only opportunity to meet and greet with Maleficent and the Evil Queen. Guests also receive a couple small collectibles and reserved viewing areas for the parade and fireworks.

Mickey Mouse is dressed in his best Halloween outfit inside Town Square Theater, telling humorous jokes inspired by the holiday.

In the end, everyone is sure to leave with lots of sweets: 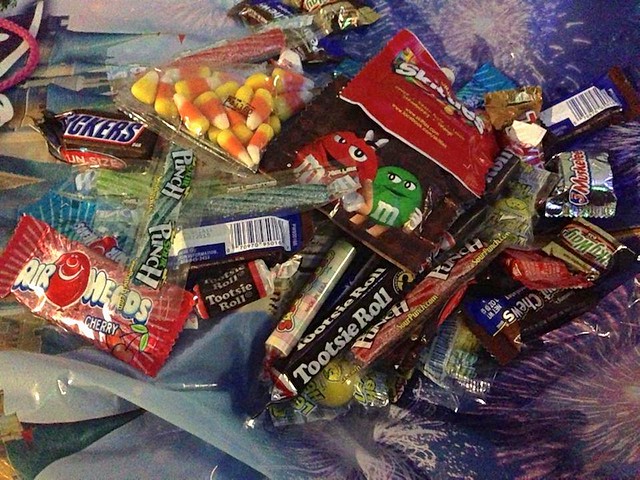 Last night’s event was unusually early in the year. The next Mickey’s Not-So-Scary Halloween Party takes place on September 9, continuing on select nights through Halloween, October 31 (which is already sold out).