Last weekend walkers took over San Diego Comic-Con for the third year in a row, populating Petco Park with two evenings of mayhem.

After surviving the first year and stumbling my way through the second, I returned for a third attempt at avoiding the walkers invading SDCC. But this time I had a new plan. Determined to come out without limping and bleeding, I found a safe passage around the undead – or so I thought.

Watch the video below to see how it played out.

The Walking Dead Escape was decidedly different for 2014. The obstacle course type elements were removed in favor of a more “authentic” experience. Participants still had find their way around broken-down cars and other barricades, but there weren’t any wooden structures to scale, ropes to climb, or tables to crawl under. Instead, this year’s experience increased the number of zombies several times over with huge hoards of 30-50 walkers in some spots.

Characters were met along the way, serving as checkpoints for groups to catch up. And in the end, everyone was led into a darkened tent with the hope that a zombie virus cure was inside – but instead all were “gunned down” to try to end the outbreak. 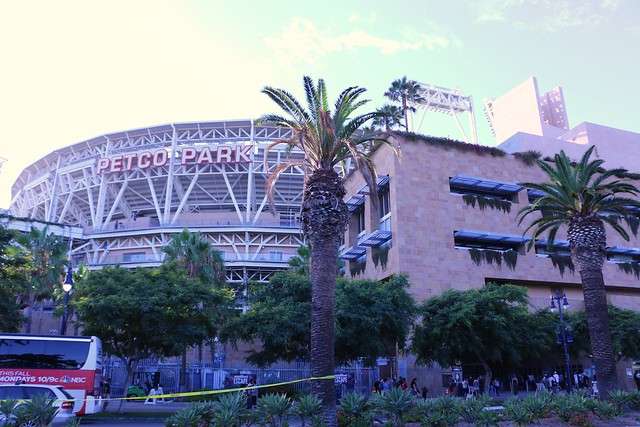 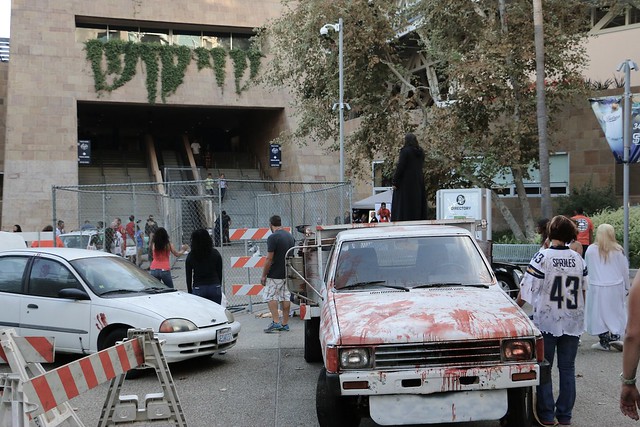 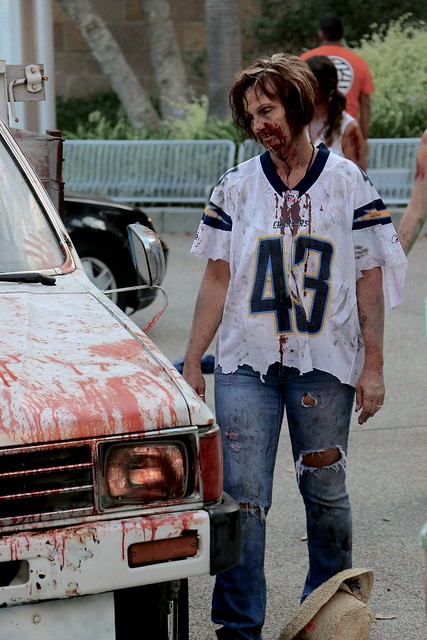 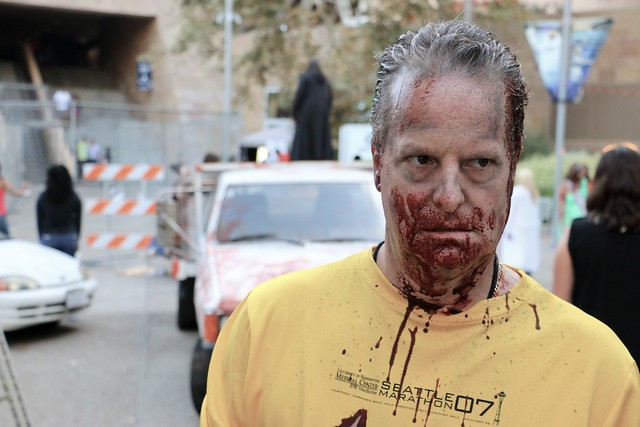 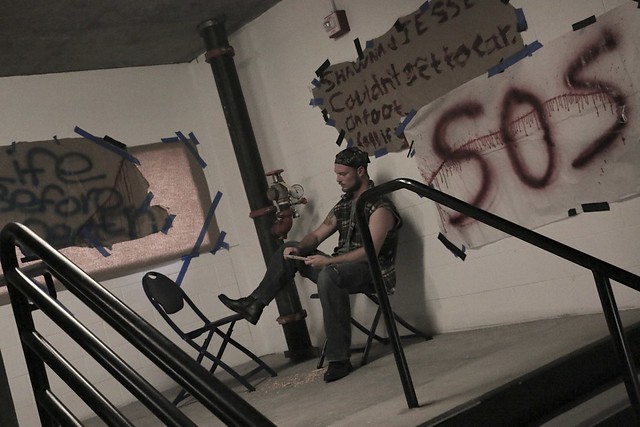 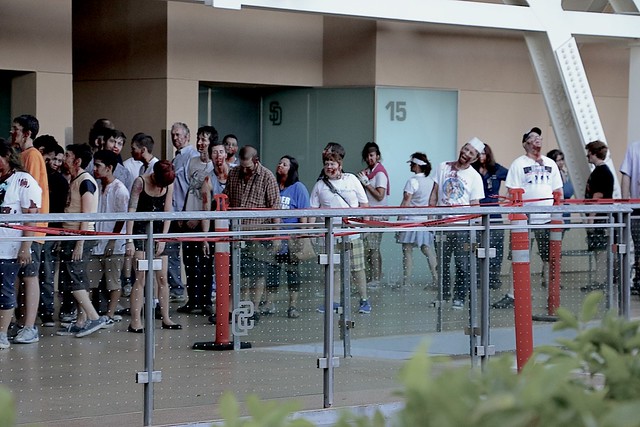 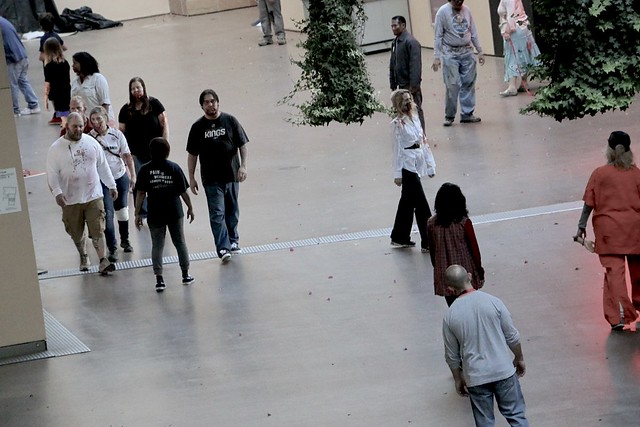 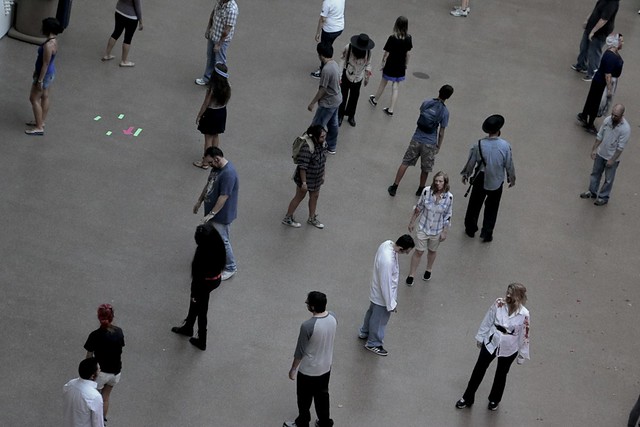 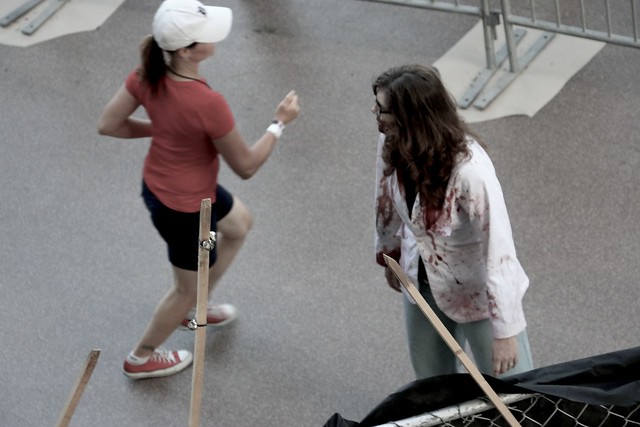 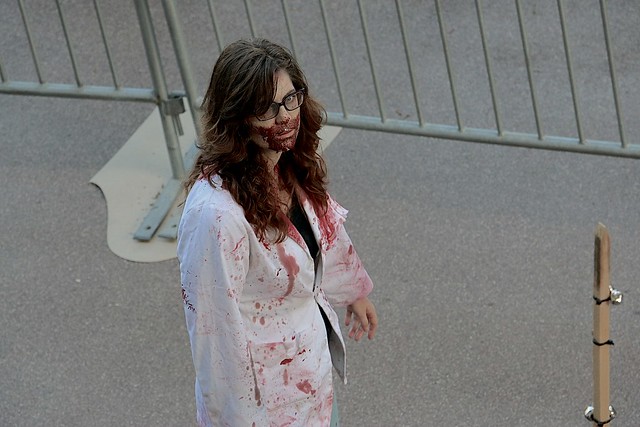 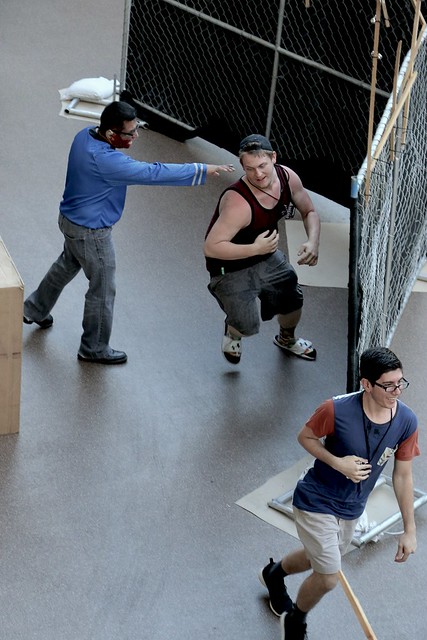 For those that made it through, a party was held at the end of the experience featuring food, drinks, merchandise, music, and plenty of photo ops. 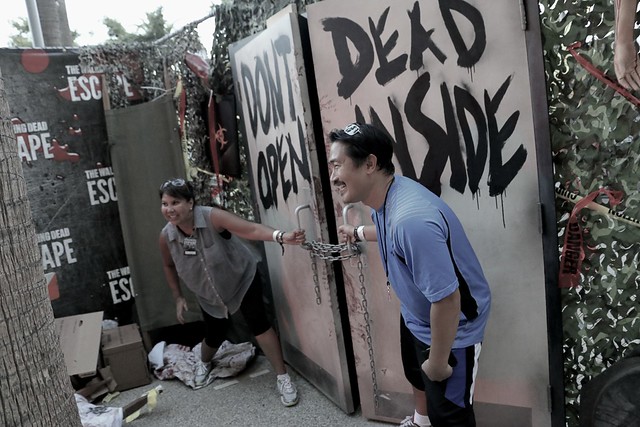 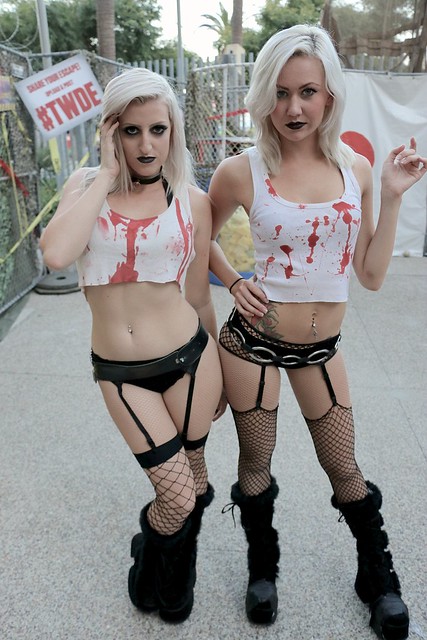 The Walking Dead Escape continues on tour in October, in Miami, Florida on Saturday, October 25th followed by stops in Tampa, Jacksonville, and ending in New Orleans, Louisiana.

Take a look back at the last two years’ of The Walking Dead Escape experience in San Diego:

Comments Off on The Walking Dead Escape 2014 brought more zombies than ever, infecting Petco Park during San Diego Comic-Con 2014