There was no stopping the heroes in a half shell at San Diego Comic-Con 2014 as Nickelodeon brought out the Teenage Mutant Ninja Turtles in a big way. With multiple panels and presentations, character appearances, autograph signings, and one huge interactive attraction, the Ninja Turtles had their best year ever at SDCC.

The most talked about experience was in the Petco Park Interactive Zone outside the convention center where Pizza Hut sponsored an area devoted to promoting the upcoming live “Teenage Mutant Ninja Turtles” movie.

The highlight of the area was the life-size pizza thrower, firing discs at Shredder standees. Over the course of the convention, 5,500 attendees fired pizzas, hitting the Shredder target around 4,000 times, given three shots each. But only around 10 percent hit Shredder three times. 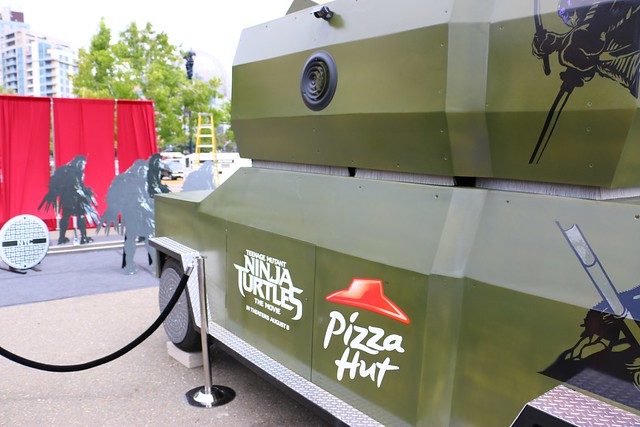 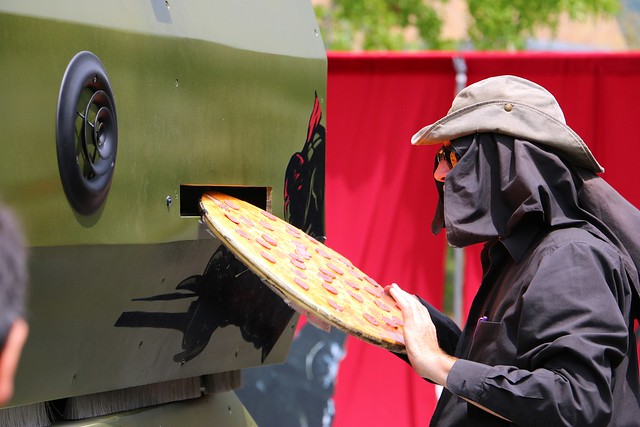 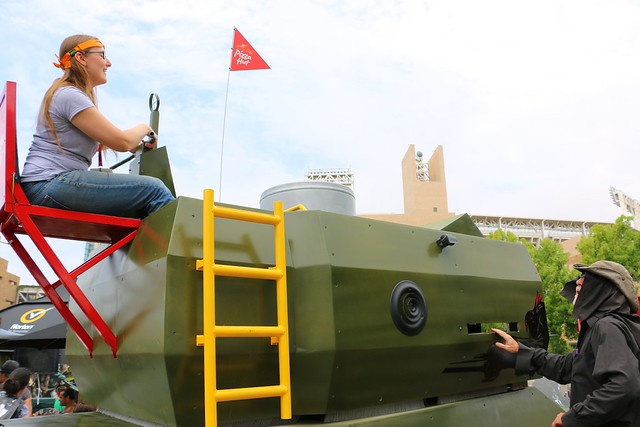 The pizza thrower’s design was based on the classic pizza thrower toy from decades ago, modernized for the newest TMNT incarnation. The video below offers a behind the scenes look at the making of the pizza thrower:

Handouts of posters, eye masks, and more than 18,000 free slices of Cheesy Bites pizza drew a lot of attention throughout the convention. 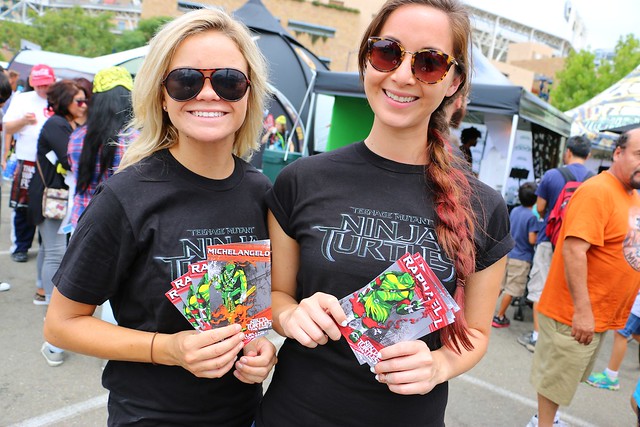 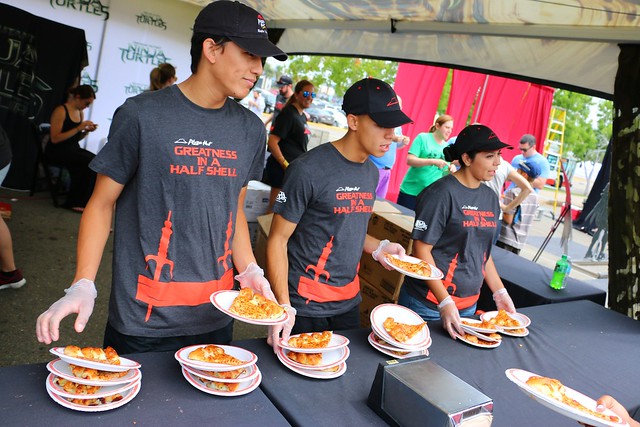 Fans could take a photo in front of a green screen to pose with the lean mean green ninja team and even sit around the turtle lounge made from more than 800 pizza boxes. 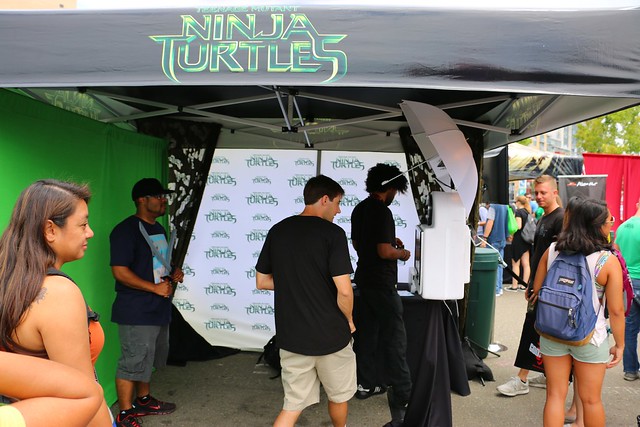 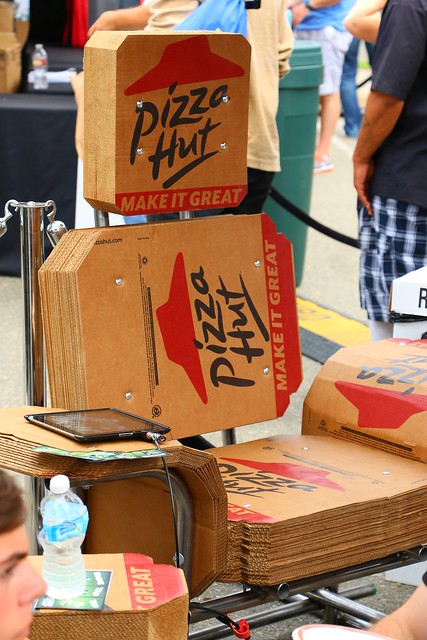 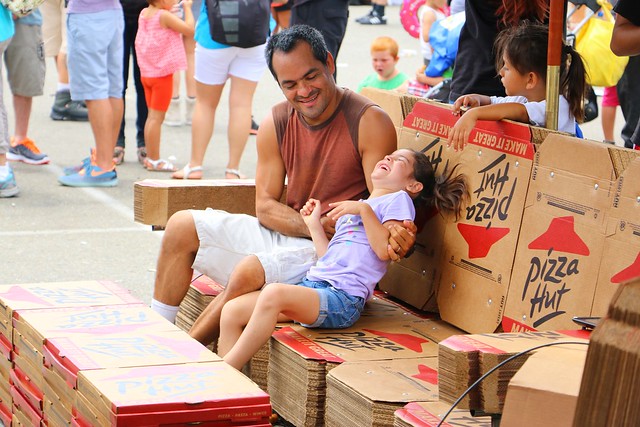 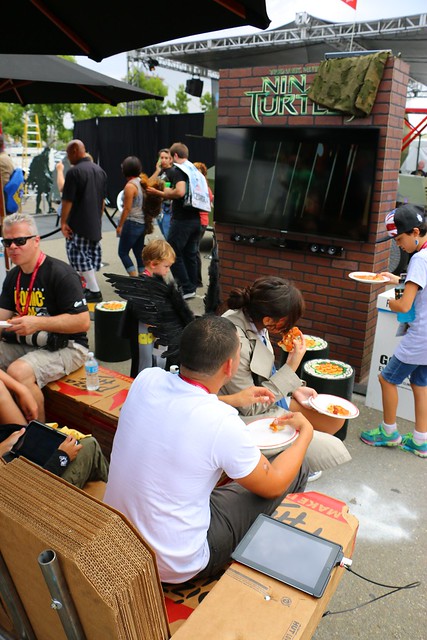 In a panel presentation, the Nickelodeon TV show cast entertained fans with discussions of working on the show, a preview of what’s coming up next season, and even an impromptu song about – what else? – pizza. On the panel were executive producers Ciro Nieli and Brandon Auman with voice actors Sean Astin (Raphael), Rob Paulsen (Donatello), Greg Cipes (Michelangelo), Seth Green (Leonardo), Josh Peck (Casey Jones), and Kelly Hu (Karai), moderated by Rich Magallanes (SVP of current series animation for Nickelodeon). 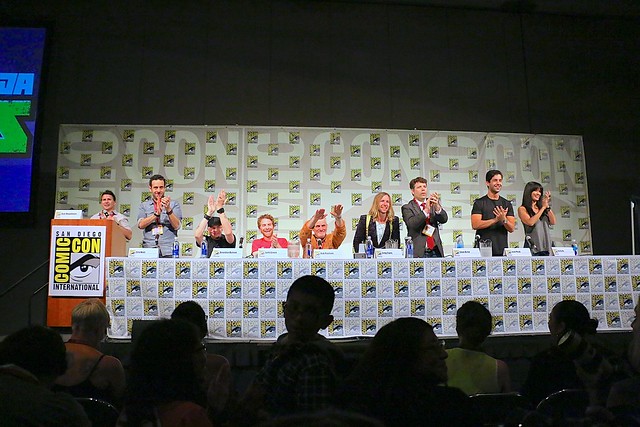 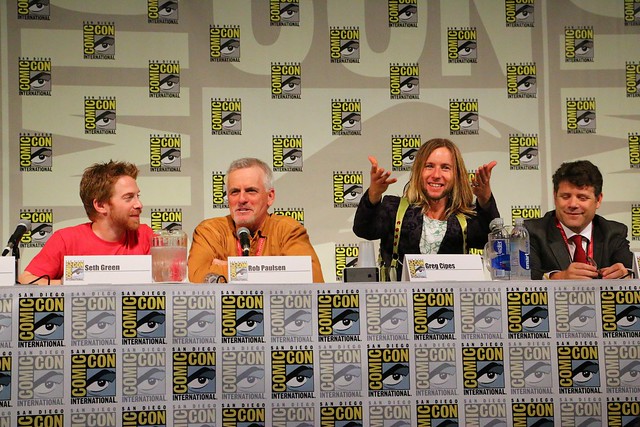 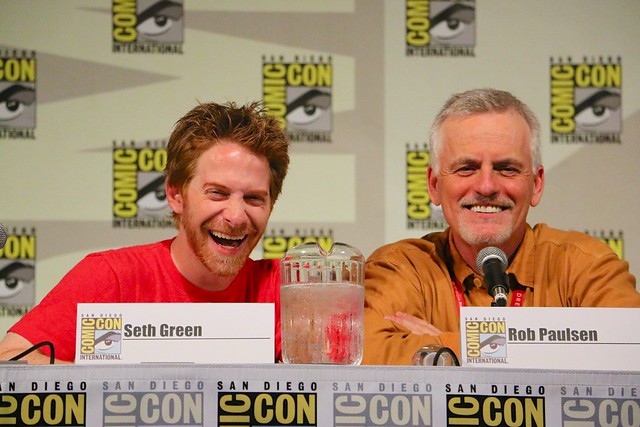 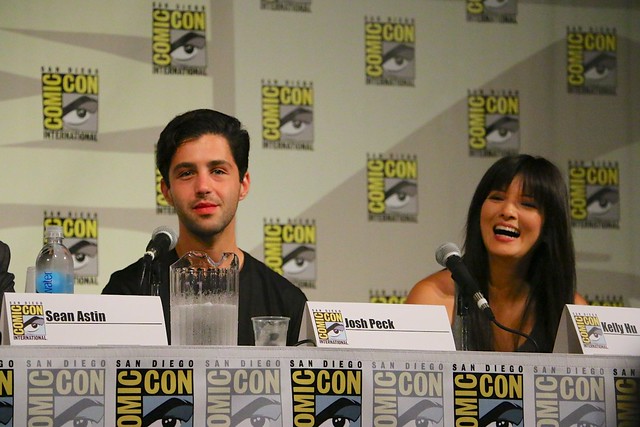 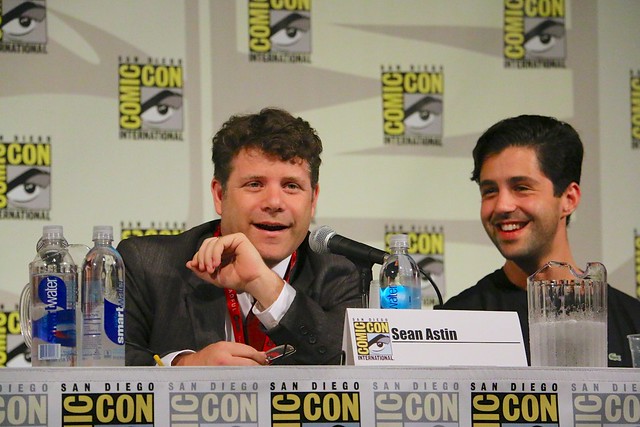 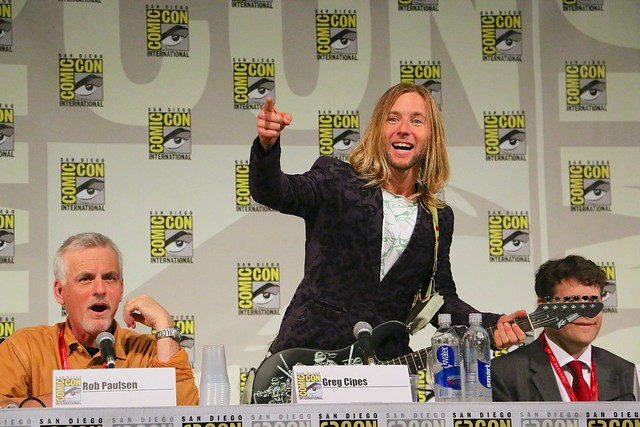 On the SDCC show floor, the large Nickelodeon booth celebrated the turtles with appearances by voice actors. Rob Paulsen and Greg Cipes stopped by to add their voices to TV show clips alongside some lucky fans in the south booth. 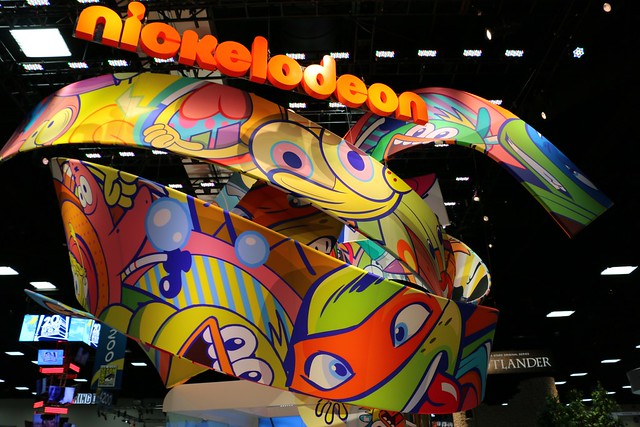 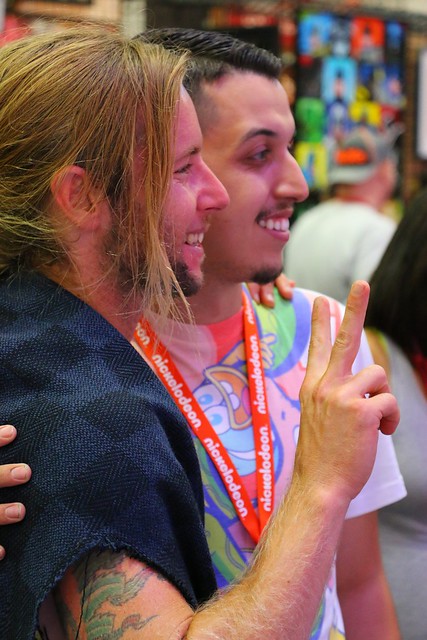 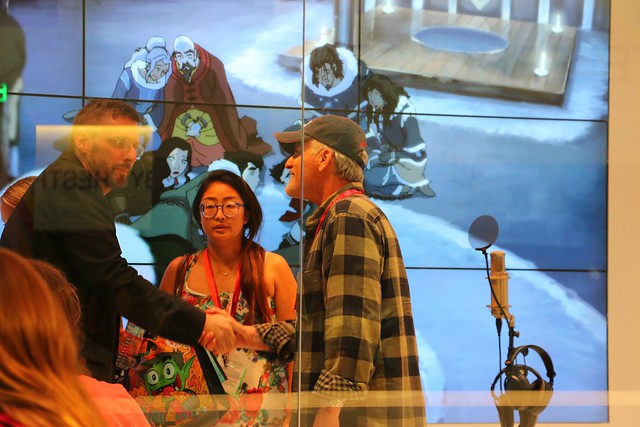 The Ninja Turtles themselves also showed up to the booth to take pictures with SDCC attendees. 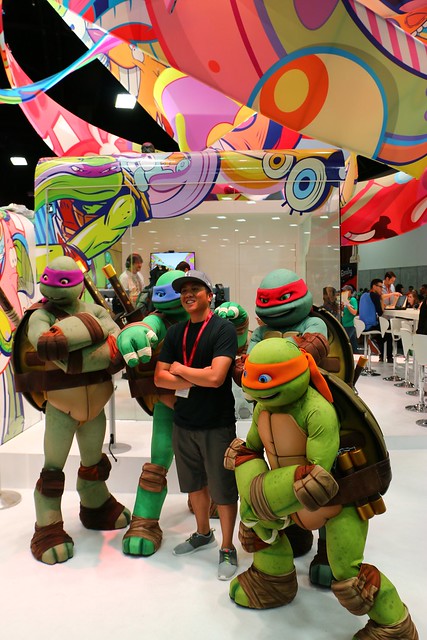 At Paramount Pictures’ big Hall H presentation, a preview of the upcoming “Ninja Turtles” movie was shown and stars Megan Fox and Will Arnett showed up as well. The pair also took some time to check out the pizza thrower outside. Other TMNT fun to be found at SDCC 2014 was a panel from Playmates Toys about their action figures, a 30th anniversary panel, multiple appearances and signings by co-creator Kevin Eastman, and plenty of collectibles including a limited edition glow-in-the-dark guitar from Peavey.