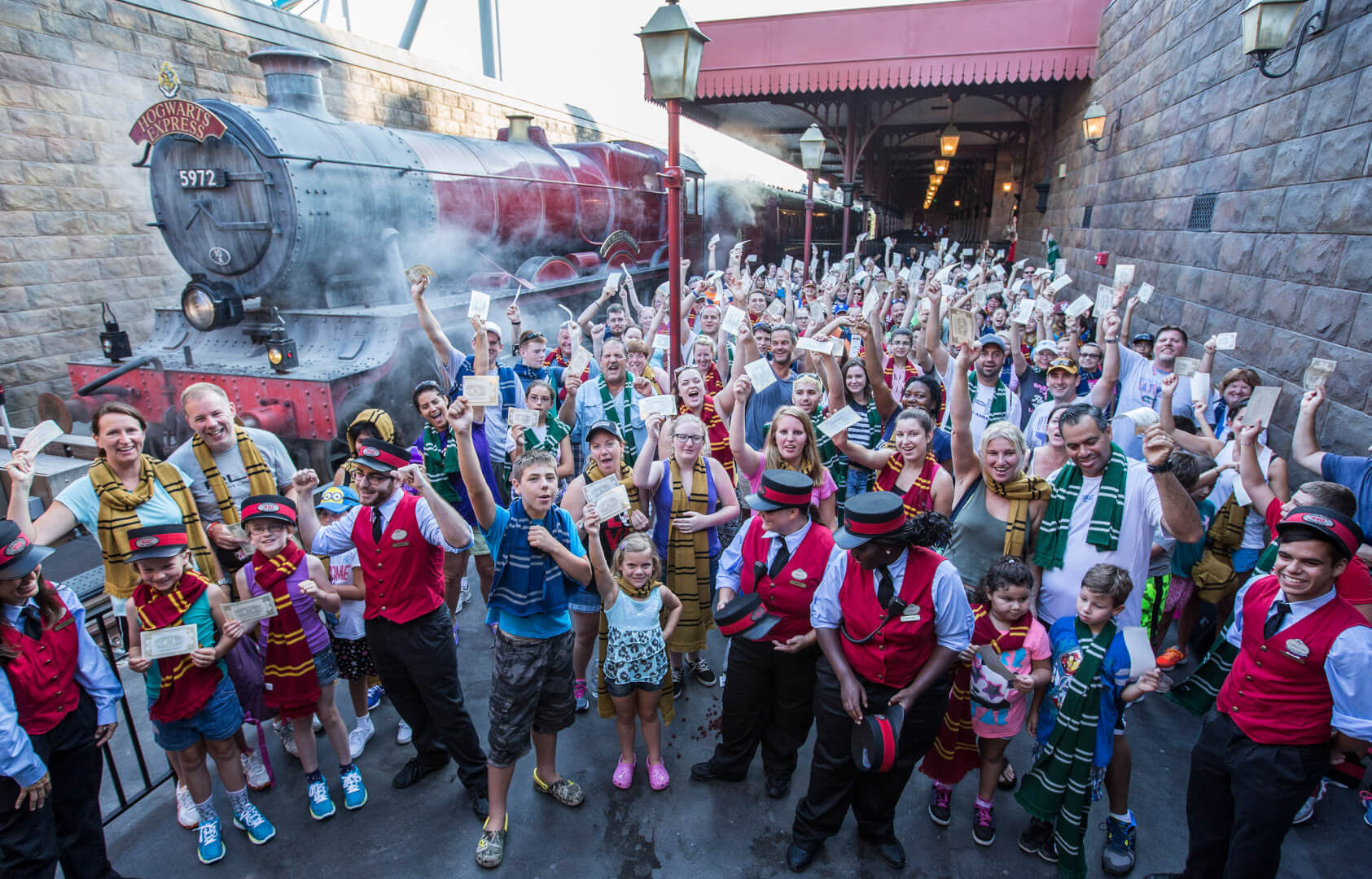 Cheers from guests filled the air at Hogsmeade Station today as Universal Orlando Resort celebrated its one millionth rider on the Hogwarts Express – the iconic train that transported Harry Potter and his friends between Hogsmeade Station and King’s Cross Station in J.K. Rowling’s beloved series.