By day San Diego Comic-Con entertains tens of thousands with celebrity-filled panels and endless exhibits. But after convention hours end, the hotels and clubs of San Diego become packed with parties, some drawing lines just as long as the day’s events.

Each evening there are plenty of overlapping parties, making it impossible to attend all of them. Those not there in the early hours may not even get into one, as capacity is quickly reached at the most popular parties.

At SDCC 2014, I attended a sampling of these after-hours events. Some had special entertainment, others simply a chance to unwind, have a drink, and mingle with like-minded convention-goers. Every year brings different offerings, so one never quite knows what happens at a Comic-Con party until getting inside. 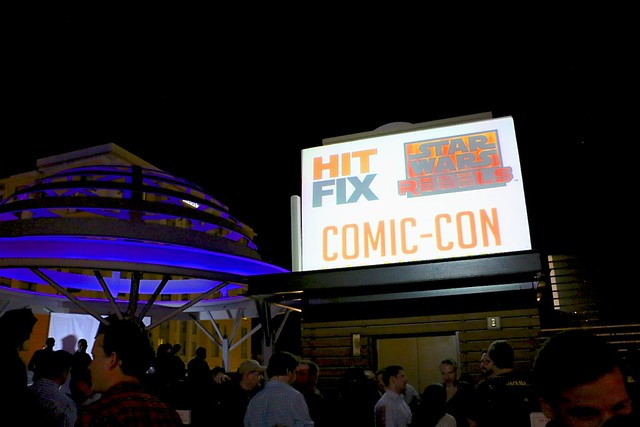 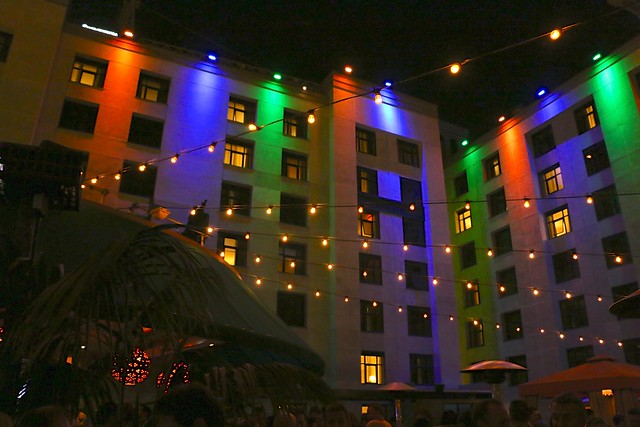 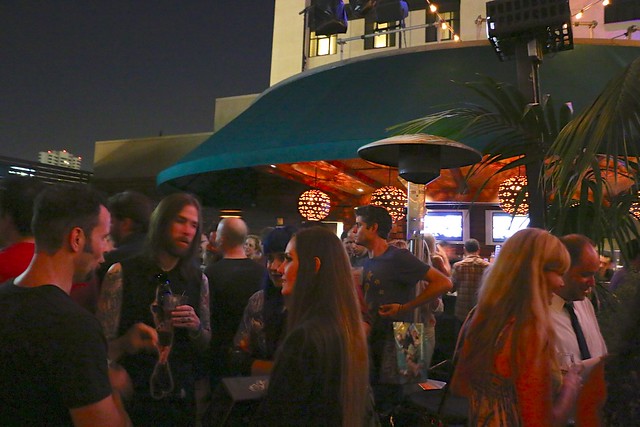 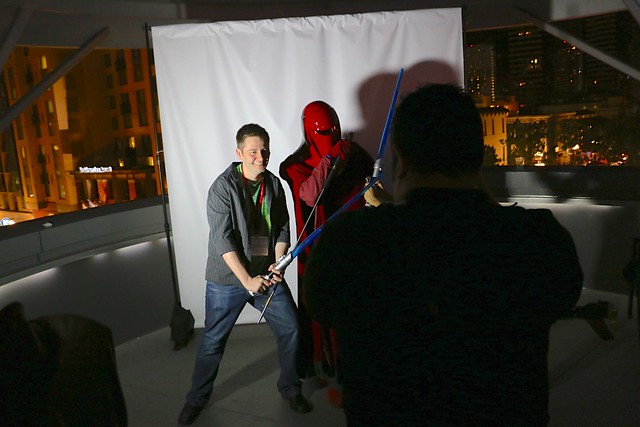 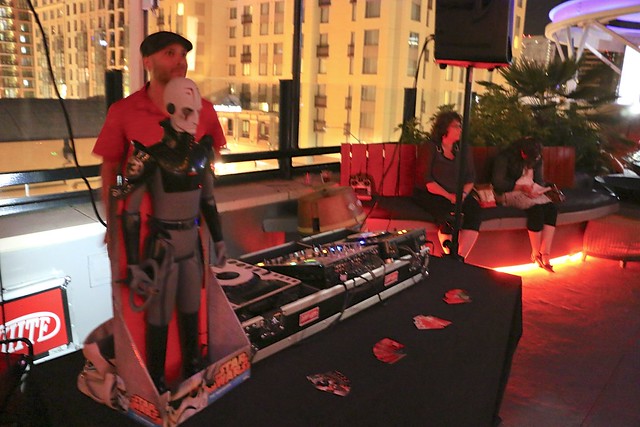 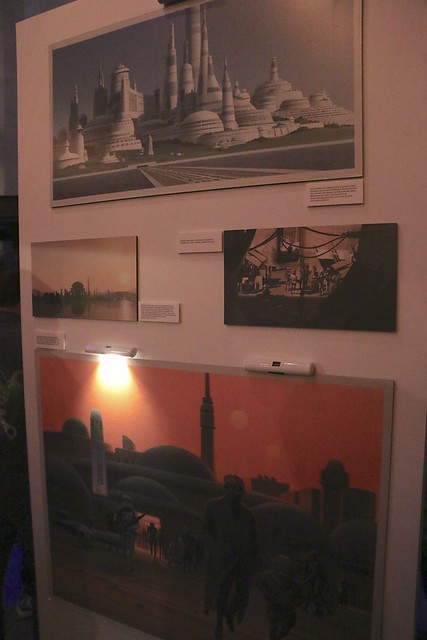 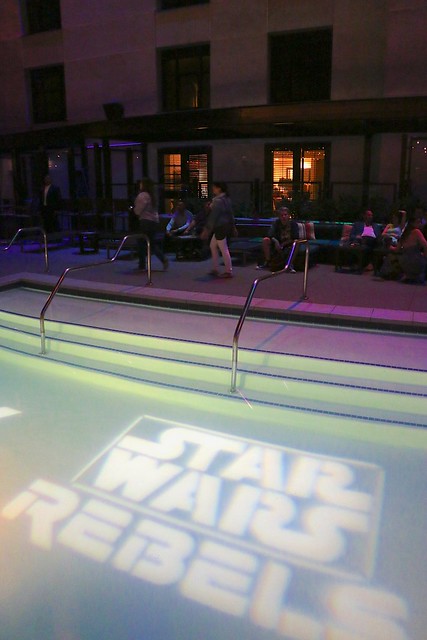 A smattering of famous faces were spotted in this crowd including Dave Feloni, Chris Gore, and Steve Sansweet. But overall it as tremendously crowded, leaving many fans hanging out in the street waiting to get into this invite-only event for hours.

The following night in the same location, LA Times threw its annual Hero Complex party, notoriously difficult to get into. But this party was much more manageable than the Lucasfilm one, with far fewer bodies crammed into the outdoor area. The party had a similar photo op, open bar, and a chance to win lunch with Joe Quesada or Dan Jurgens. 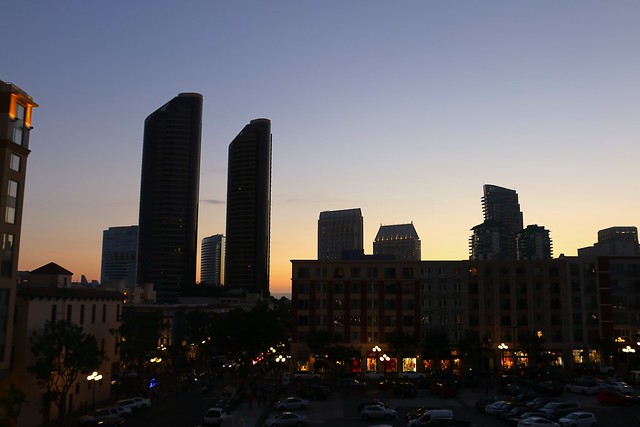 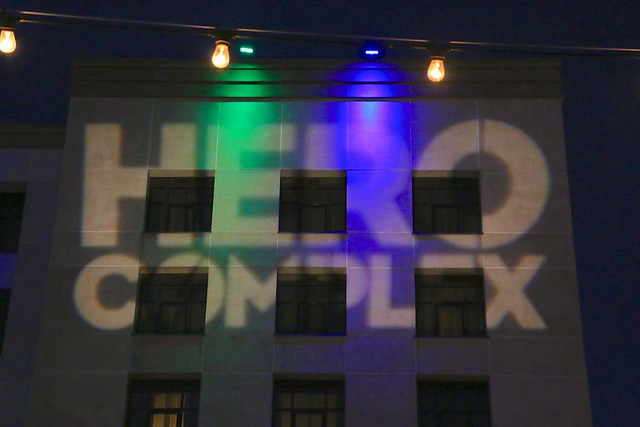 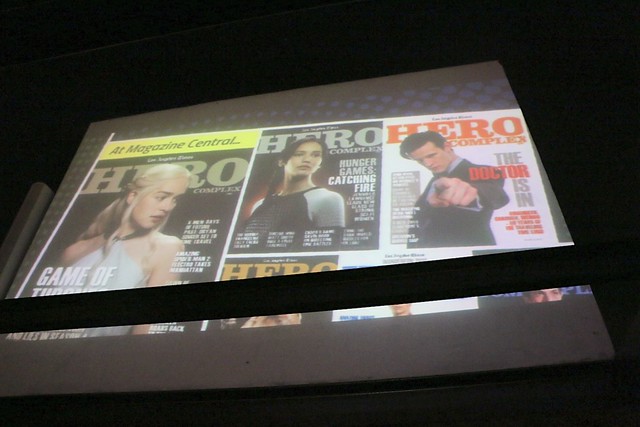 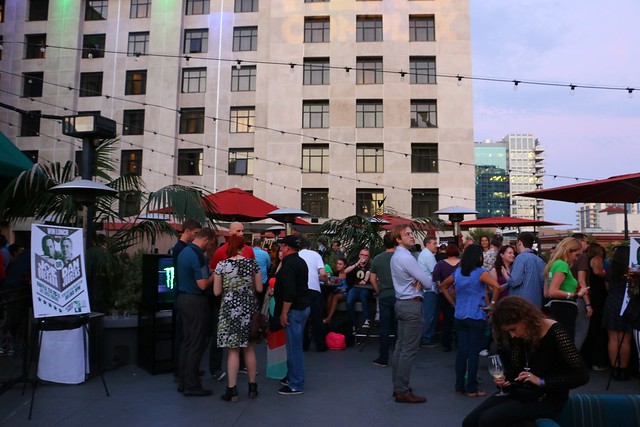 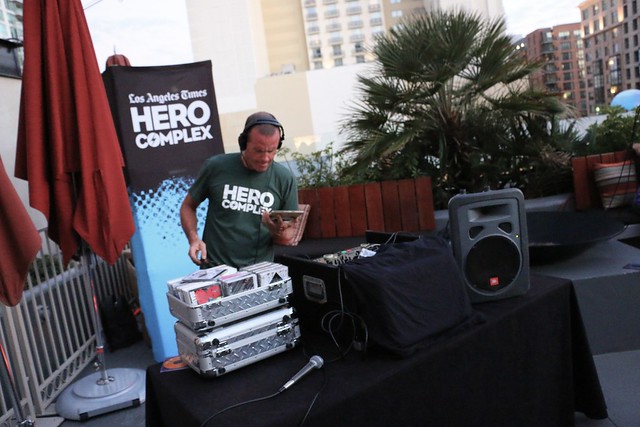 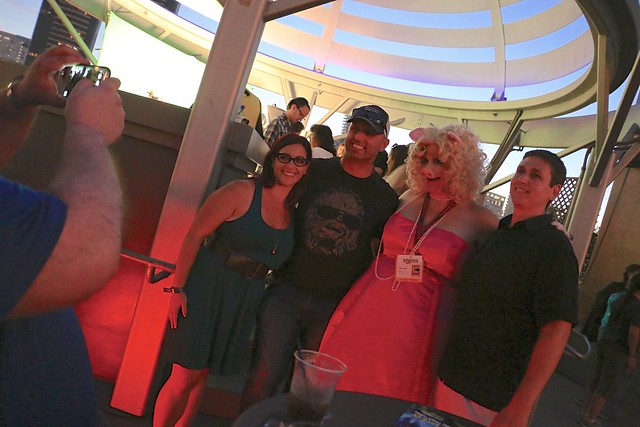 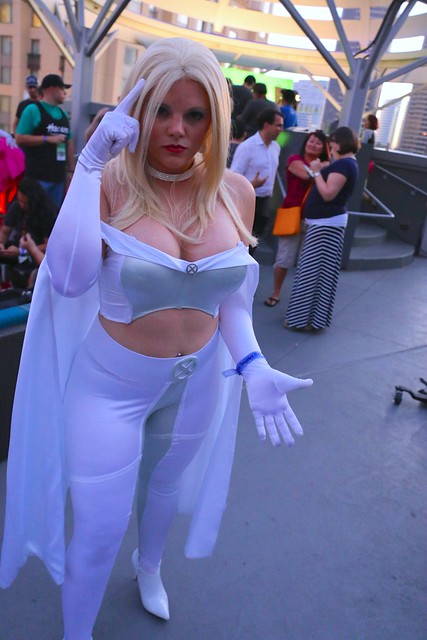 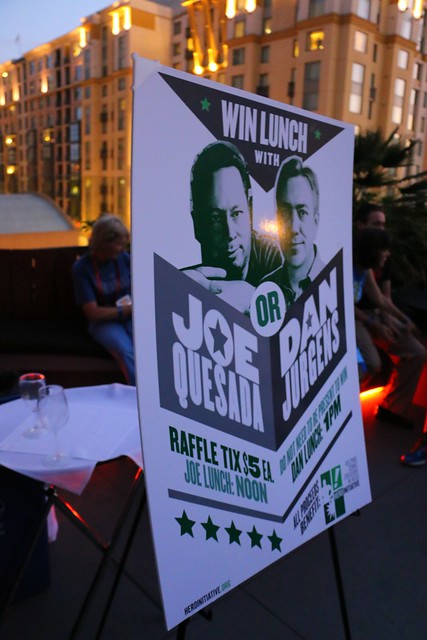 The biggest after-hours event at SDCC 2014 was put on by MTV, welcoming thousands into Petco Park for the mtvU Fandom Awards ceremony featuring quite a few celebrity presenters, such as Chloe Grace Moretz, giving awards to the biggest fandoms around. Then Linkin Park finished out the night with a rockin’ concert. There were other small attractions set up for this event as well, including a huge spinning ride. Despite its large capacity, hundreds of fans were still left waiting outside as it filled up early. 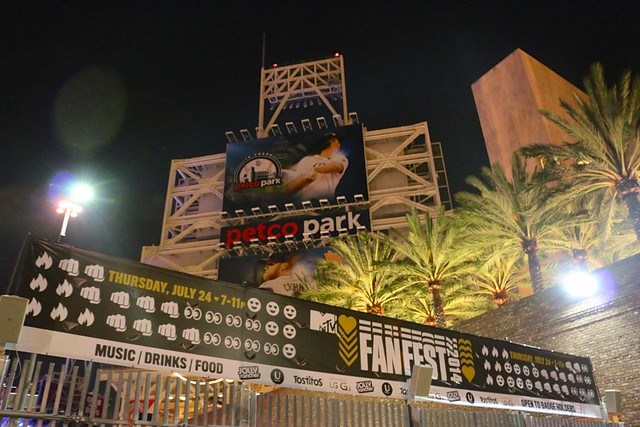 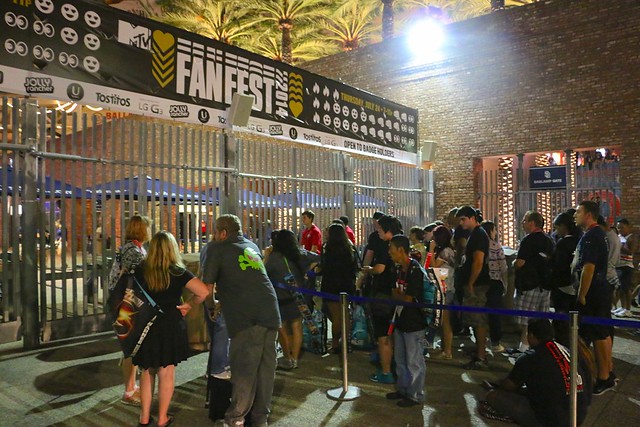 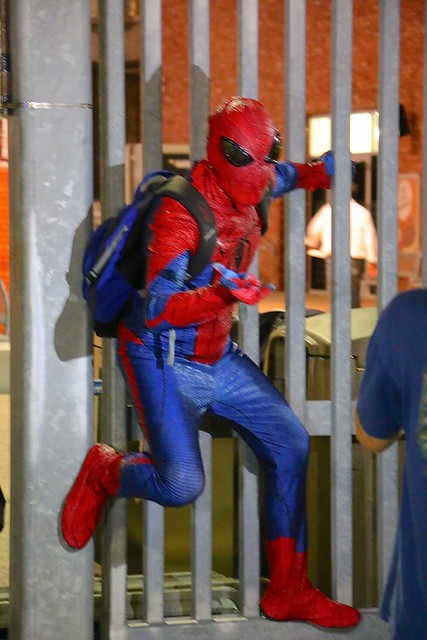 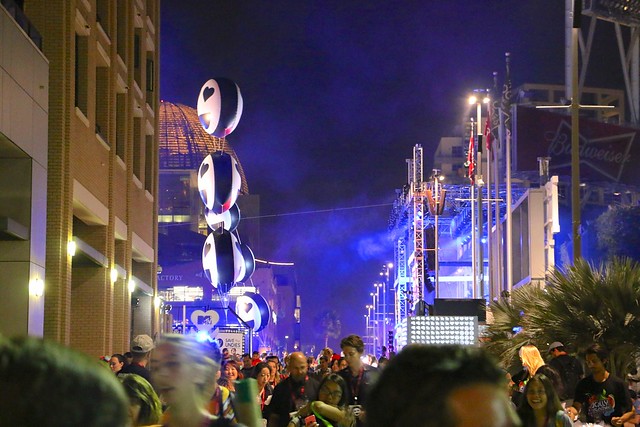 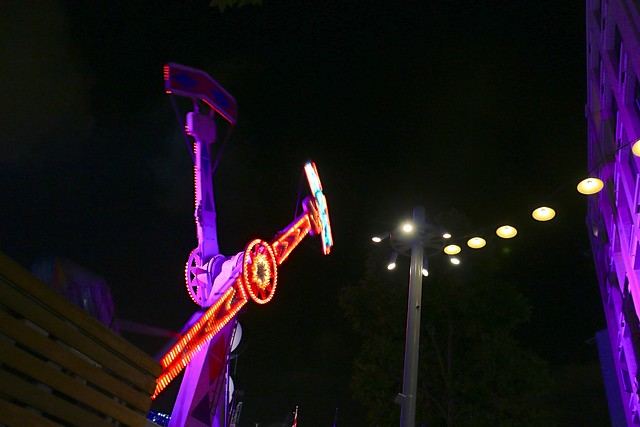 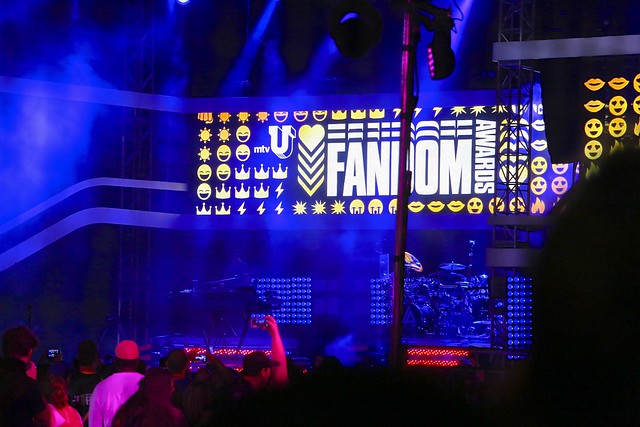 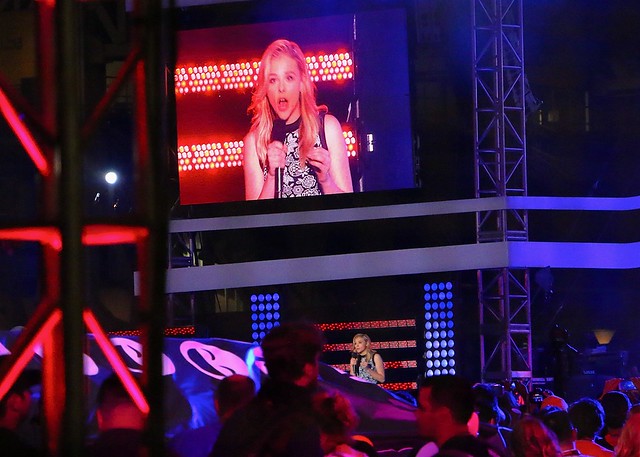 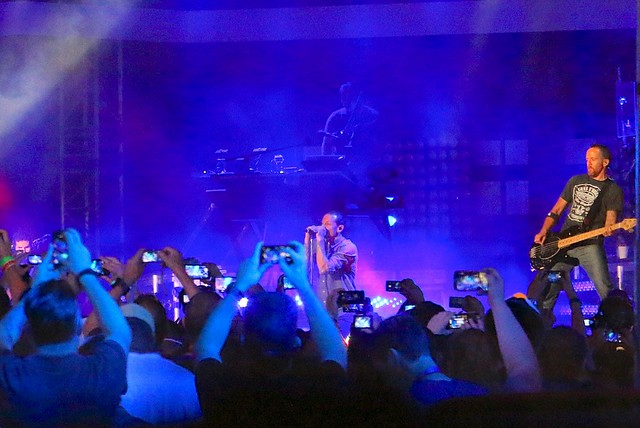 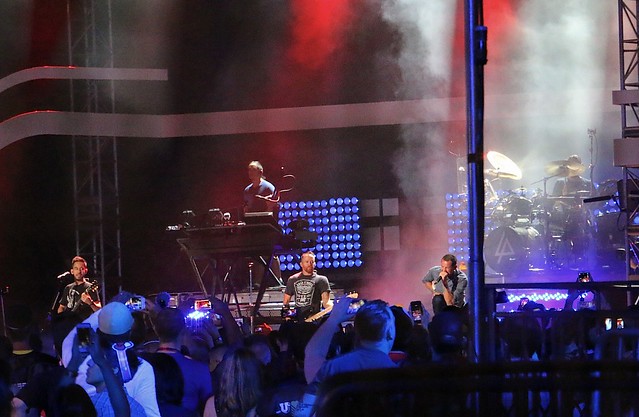 At San Diego’s F6ix night club, Metallica guitarist Kirk Hammett was hosting an “after party” for his recent Fear FestEvil event. Set to start at 9pm, the event was billed as featuring a live performance from the thrash metal band Exodus including an appearance by Hammett himself. But as fans crammed into the small venue, nothing happened for two hours except the club getting hot and crowded. 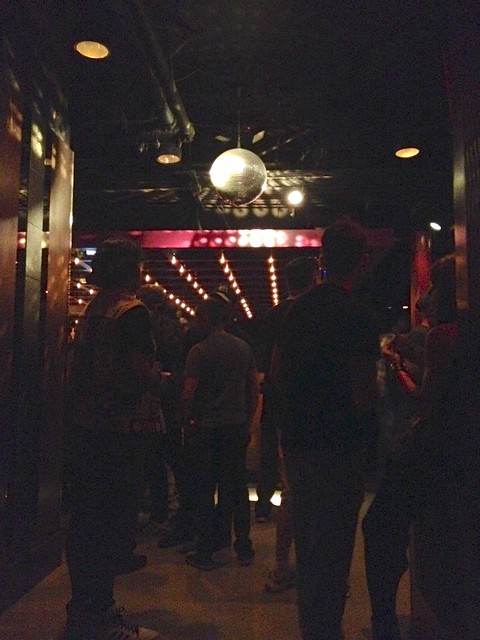 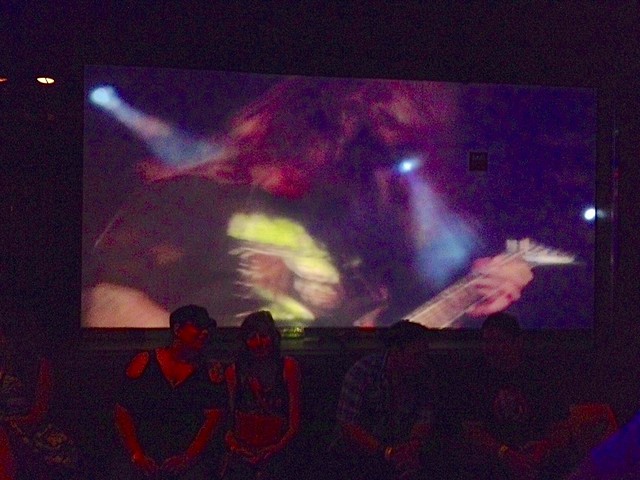 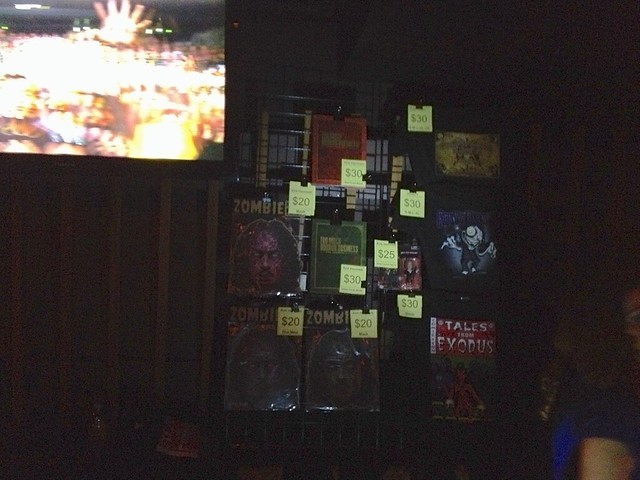 This event did not have an open bar, though plenty of people were hanging around there to gawk at the scantily clad bartenders. 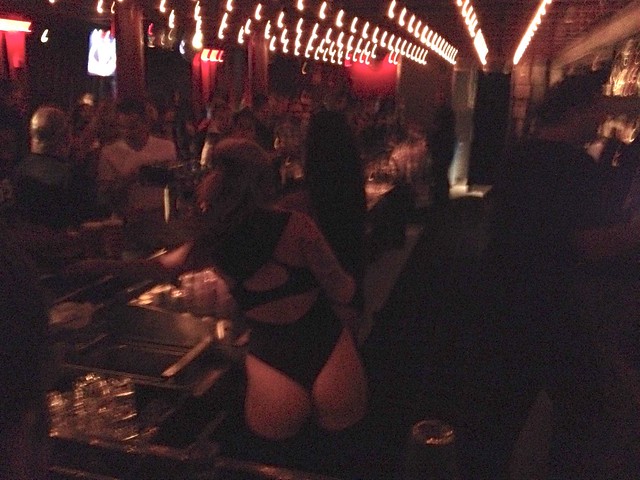 Finally at 11pm Exodus took the stage and much moshing ensued. 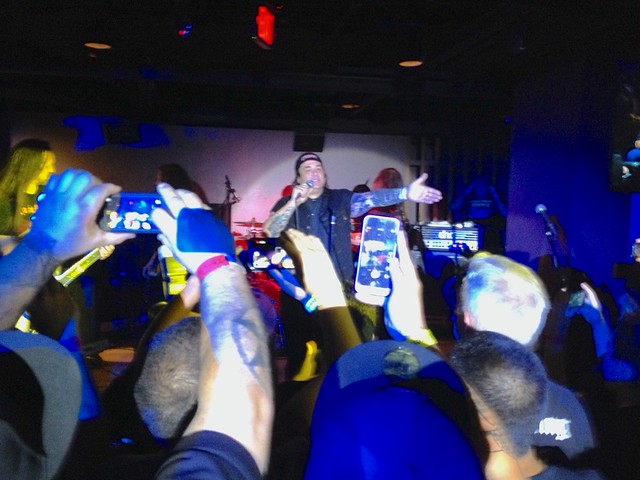 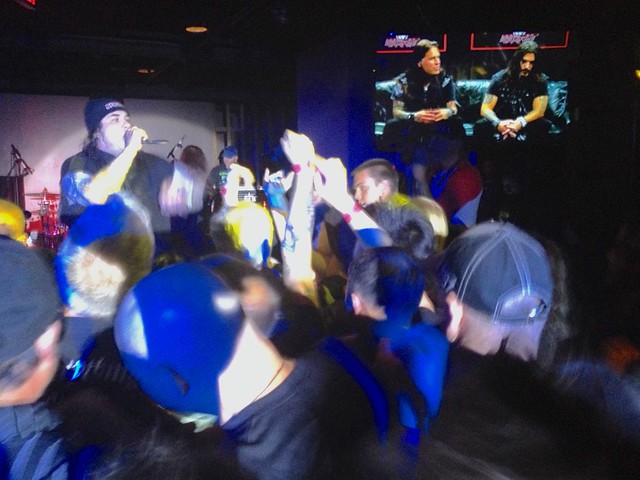 Ultimately I bailed before ever getting a chance to see Hammett, as I’d already been there for 2.5 hours and didn’t have much to show for it, other than learning that the lead screamer of Exodus really like to point at people in the audience. The event’s sponsor, ScionAV, gave away a chance to meet Hammett, but that was set to happen at an unknown time after the concert wrapped up, which I didn’t stick around for.

This is just a small sampling of the many parties that went on during San Diego Comic-Con 2014. Most are fairly tame, bringing a bunch of people together to simply drink and hang out. Others are highly themed with engaging entertainment and opportunities to mingle with celebrities. Either way, they can be a good way to end a long day of walking the convention halls – though staying out too late can definitely make it difficult to get up early to get back into SDCC.