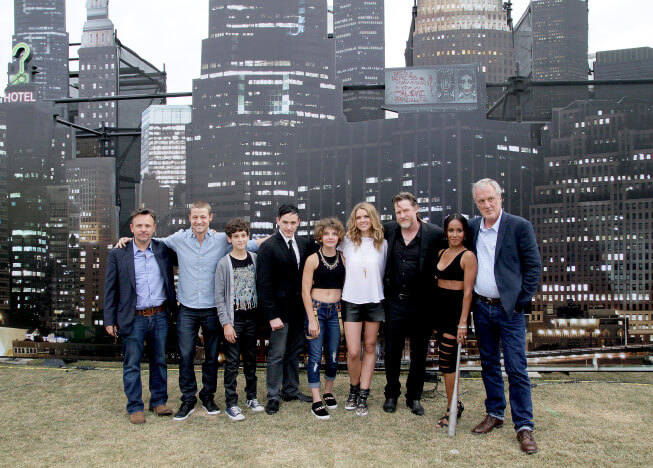 Fans at San Diego Comic-Con 2014 had a chance to soar through the skies like Batman in a massive zip line experience. With a huge city skyline backdrop, Fox brought this attraction in promotion of their upcoming show “Gotham.”

Cosplayers came out to try out the zip line in costume, dressed as Batman, Bane, Batgirl, Harley Quinn, and other DC superstars flying past the mock city. 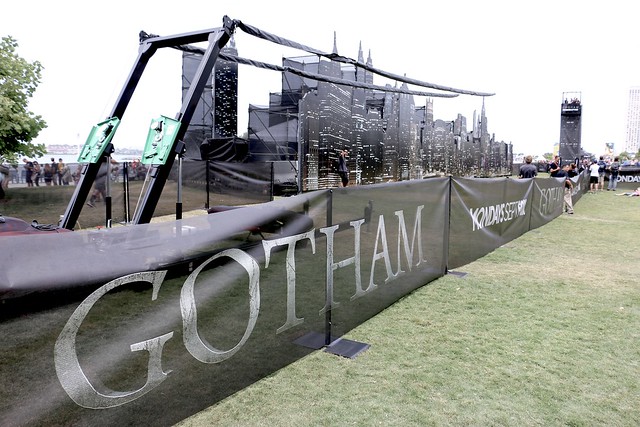 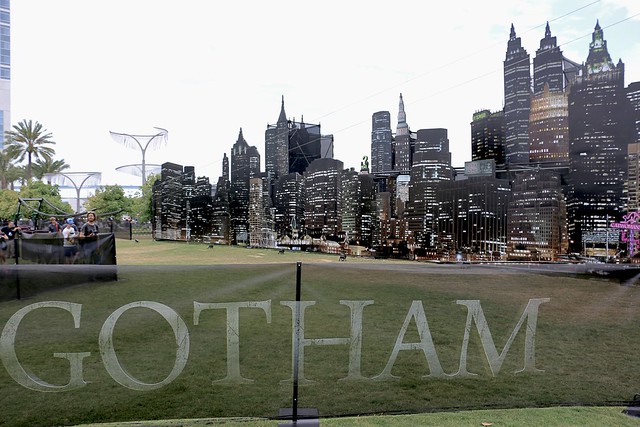 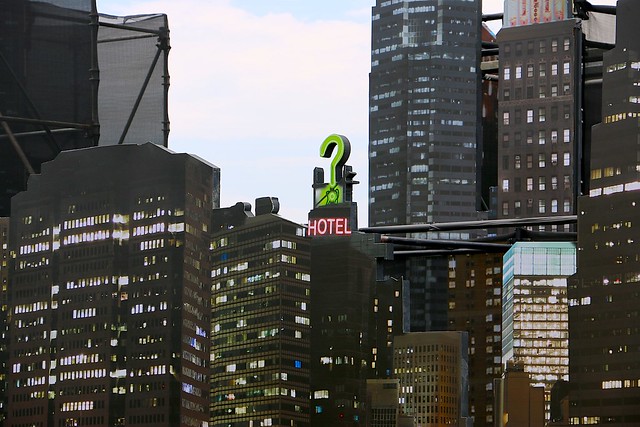 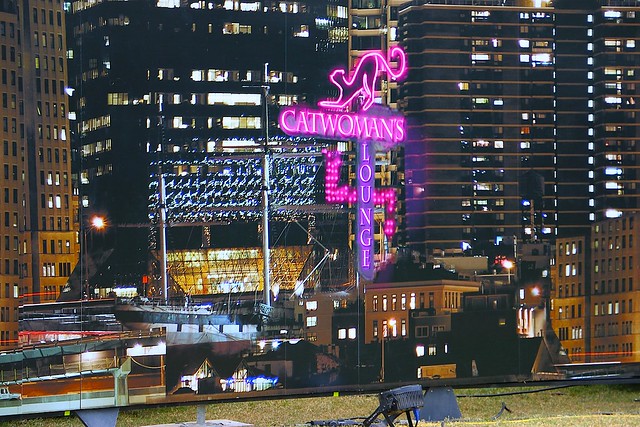 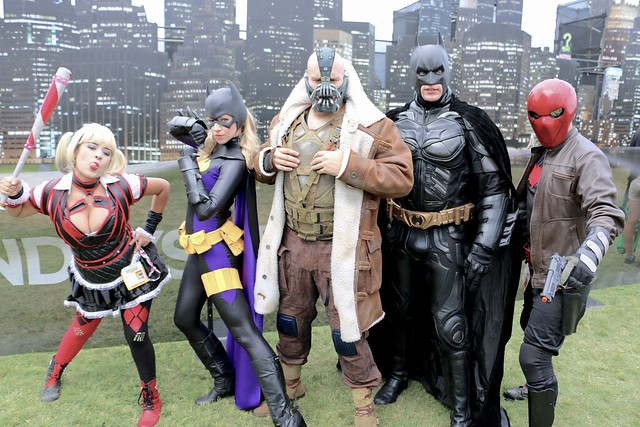 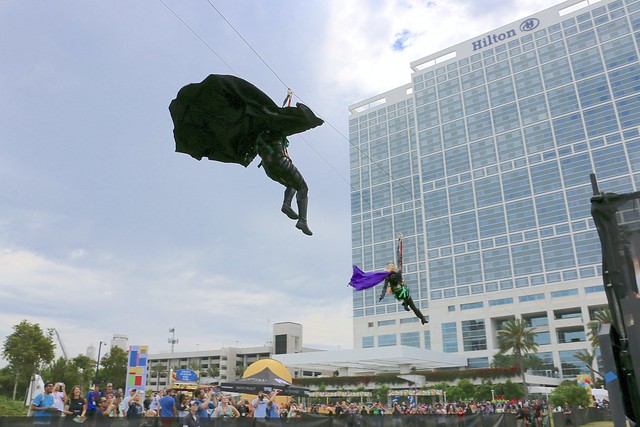 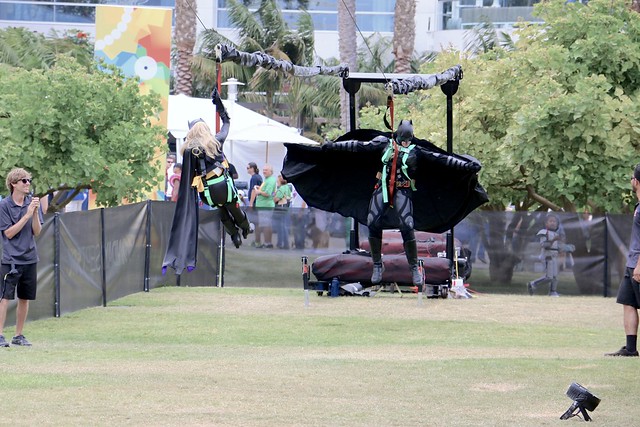 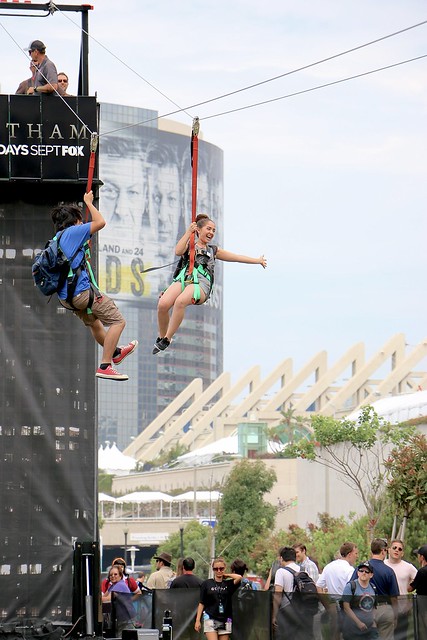 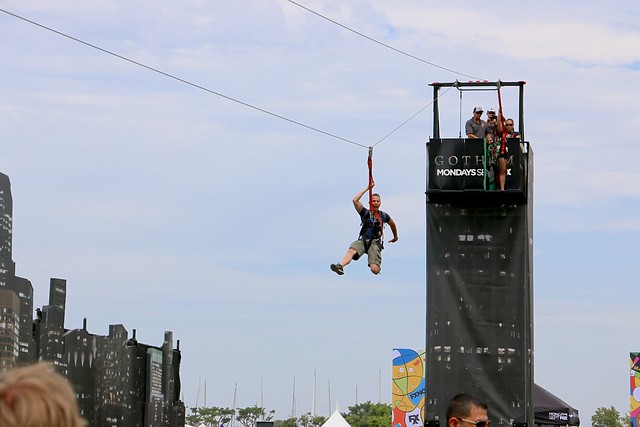 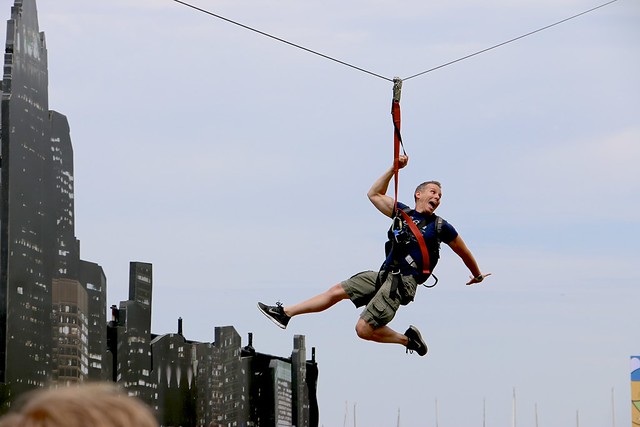 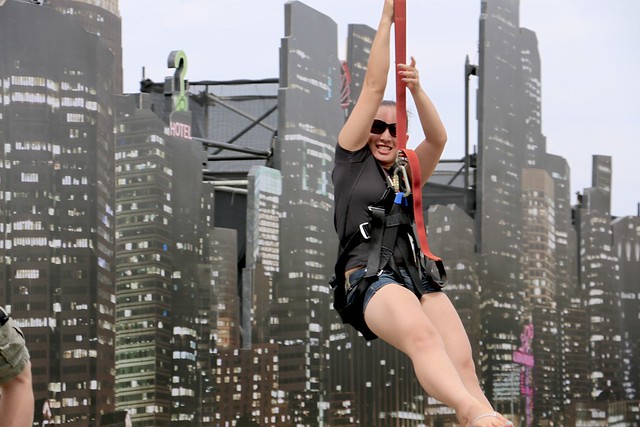 Batman wasn’t too happy with the issues of the Gotham Chronicle that were being handed out, reminding everyone of his parents’ untimely demise: 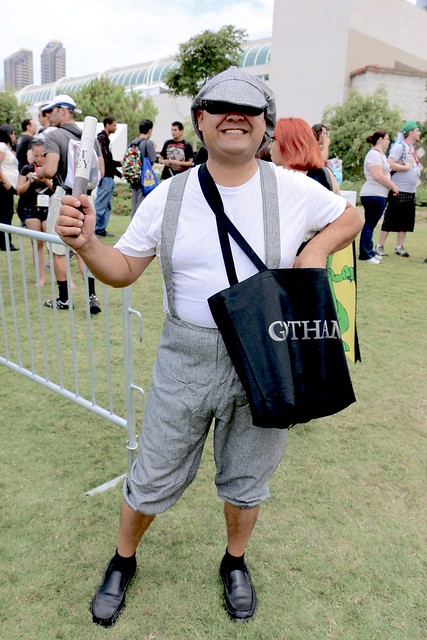 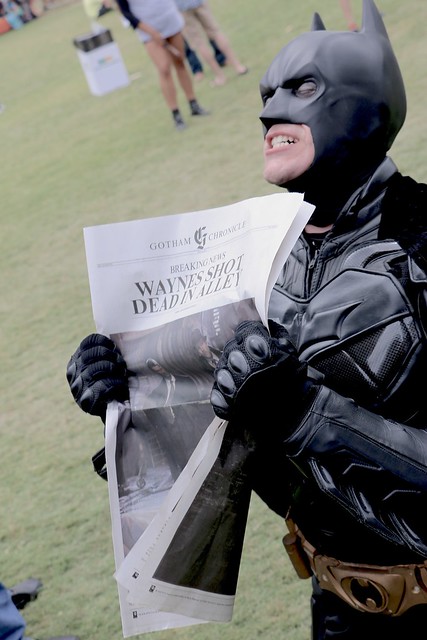 The cast of “Gotham” also showed up to try out the zip line:
https://www.youtube.com/watch?v=BtWLIJDnuAI 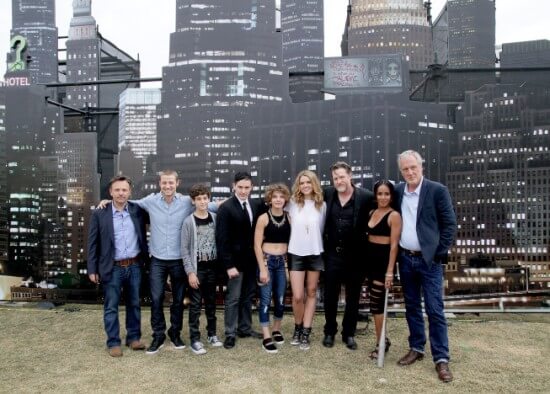 Throughout the SDCC weekend, fans also had the opportunity to hitch rides in “Gotham” Uber police cars available throughout downtown San Diego. 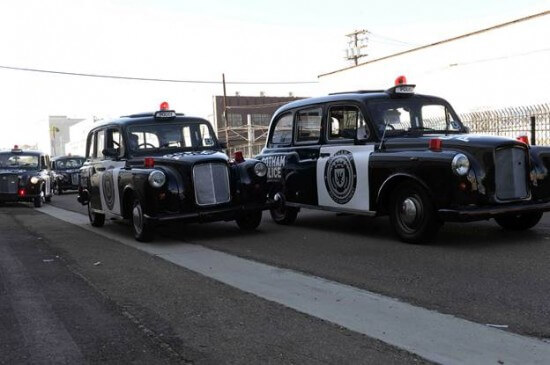 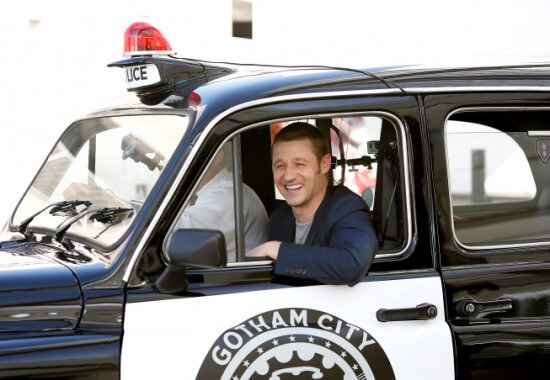