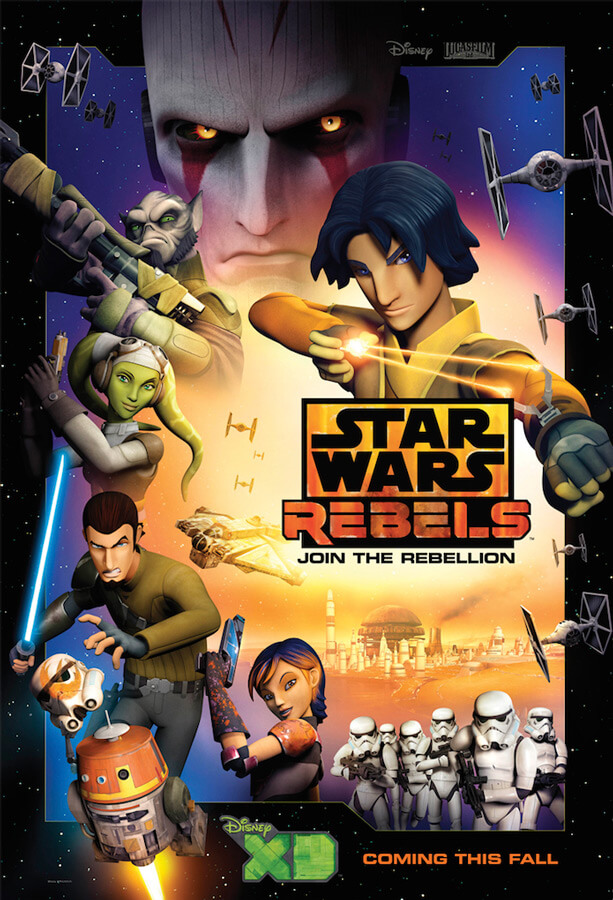 As San Diego Comic-Con 2014 is fast approaching with preview night just two weeks away, Star Wars fans have learned there is no hope for an Episode VII surprise at the event.

On StarWars.com, Disney and Lucasfilm have revealed their full line-up of panels for the mega event – none of which include Episode VII:

“With Star Wars: Episode VII creators deep in production in anticipation of the film’s December 18, 2015, release, Lucasfilm will not be featuring the movie at SDCC.”

There will, however, be panels devoted to “Star Wars Rebels,” the original trilogy, collectibles, and more. Here’s the full line-up:

The Heroes of Star Wars Rebels: 6:00 p.m. – 7:00 p.m., Room 6BCF
The Empire. The Rebellion. The Beginning. Star Wars Rebels, Lucasfilm’s highly anticipated animated series detailing the start of the fight against the evil Empire, is coming this fall — but fans can get a big sneak peek at San Diego Comic-Con. Star Wars Storyboards: The Original Trilogy: 11:00 a.m. – 12:00 p.m., Room 7AB
For the first time, Lucasfilm has opened its Archives to present comprehensive storyboards for the original Star Wars trilogy — the world-changing A New Hope and its operatic sequels, The Empire Strikes Back and Return of the Jedi — as well as never-before-published art from early conceptual and deleted scenes, in a new book from Abrams: Star Wars Storyboards: The Original Trilogy. Former ILM art director Joe Johnston will discuss the newest addition to the Abrams Star Wars library, and the singular experience of creating the iconic trilogy’s storyboards with his stellar art dept team. Johnston won an Academy Award for Best Visual effects for his work on Raiders of the Lost Ark, and has directed Honey, I Shrunk the Kids, The Rocketeer, Jumanji, Jurassic Park III, Hidalgo, and Captain America: The First Avenger. Moderated by Lucasfilm editor J.W. Rinzler.

Saturday, July 26:
Lucasfilm Portfolio Review: 10:00 a.m. – 2:30 p.m., Room PR F
Troy Alders, now art director at Disney Consumer Products, is conducting portfolio reviews, providing critiques, and offering tips to graphic designers. Bring a portfolio selection of your best design work in and see if you have what it takes to create art for the ever-expanding Star Wars galaxy. Graphic Design degrees a plus.

Inside the Magic will once again be covering all 4.5 days of San Diego Comic-Con so check back in two weeks for all the fun!