Opening in just a few days, the new Four Seasons Resort Orlando will bring more than a touch of class to Walt Disney World. Set within the gated and exclusive Golden Oak community surrounded by trees, lakes and protected wetlands, the Four Seasons presents a massive 23-acre property filled with nothing but luxurious accommodations, lavish cuisine, and plenty of personal attention.

“We could not be more delighted that Disney chose to collaborate with us,” says Thomas Steinhauer, Regional Vice President and General Manager for Four Seasons Resort Orlando at Walt Disney World Resort. “Our Resort offers incredible amenities never before seen at a stand-alone luxury resort in Florida. We offer an experience that our guests are going to love, plus endless recreational pursuits on property for guests to enjoy on a day off from the parks.”

A recent preview of the resort, now adding its finishing touches, offered a sneak peek at what’s to come for those who can afford its hefty nightly price tag.


Guests first walking into the Four Seasons will be met with the view of their infinity fountain and golf course. The lobby features these sparkling chandeliers inspired by fireworks. 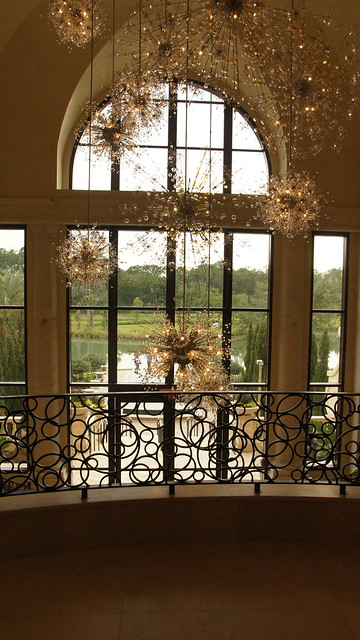 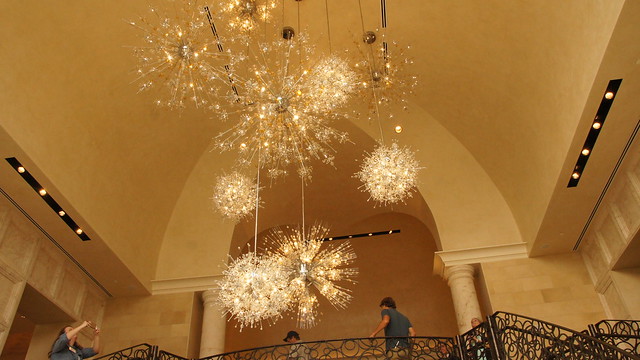 Located on the lobby floor is the check in and concierge desk. 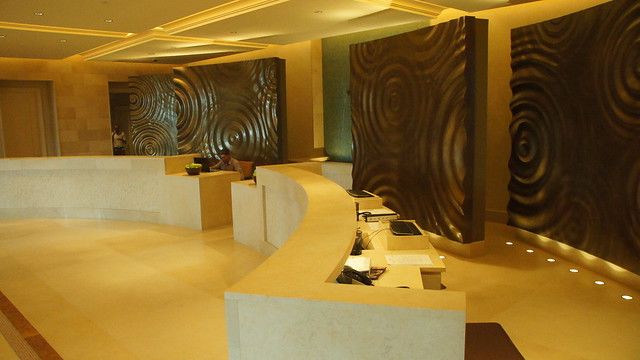 On the opposite side there is a information desk that will take care of all your Disney needs such as reservations and tickets, with a subtly familiar shape adorning it. 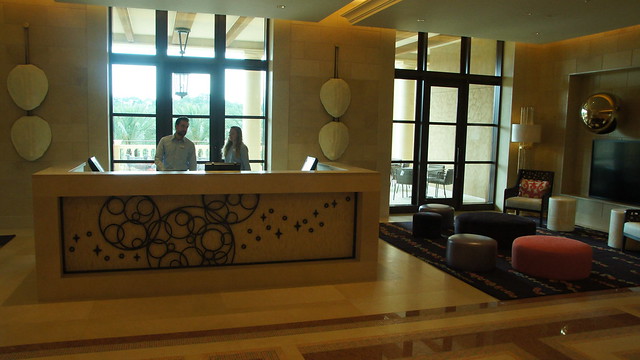 Nearby, another Hidden Mickey can be spotted from above. 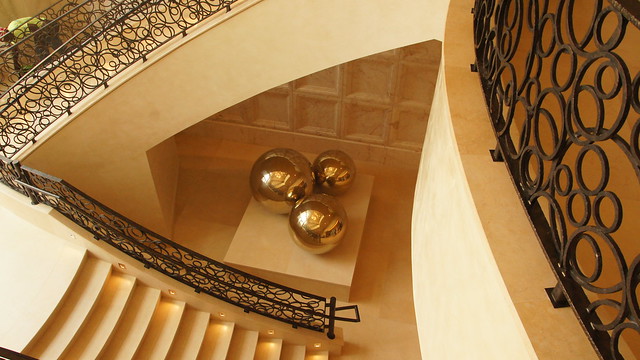 Next to the lobby sits the Ravello Lounge, featuring a bar with both outdoor and inside seating, offering outstanding views of the hotel’s grounds. 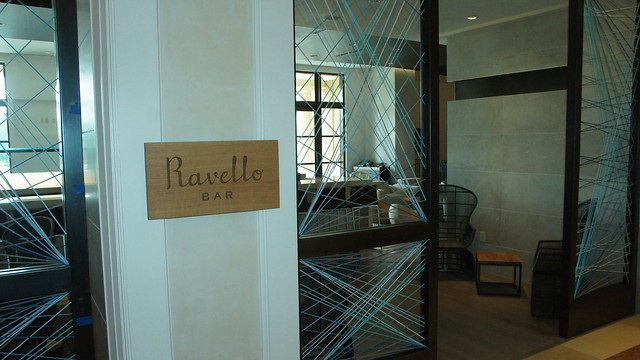 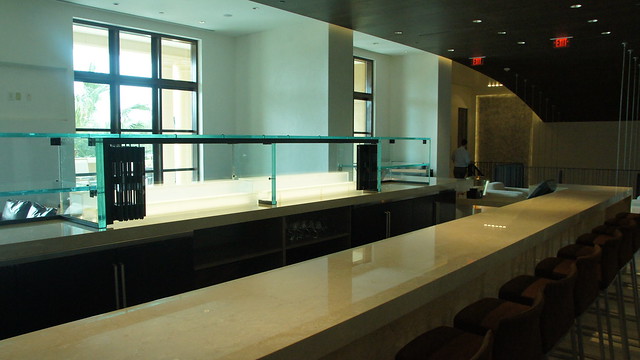 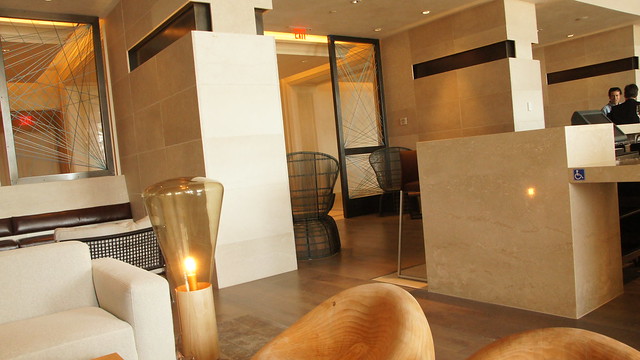 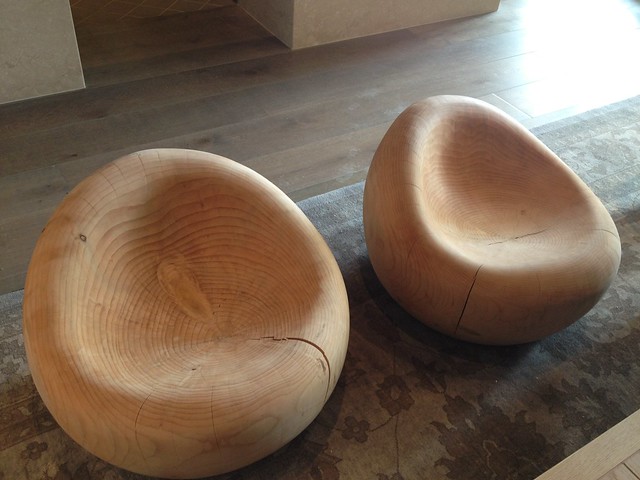 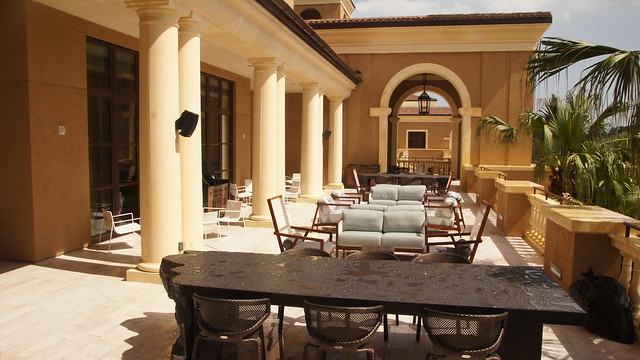 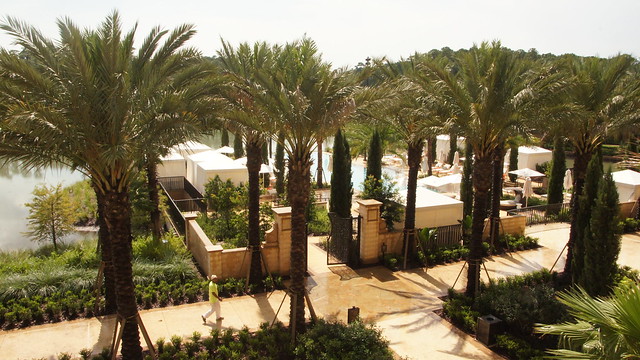 This brand of champagne is in a partnership with Four Seasons and features an exclusive bottle design. 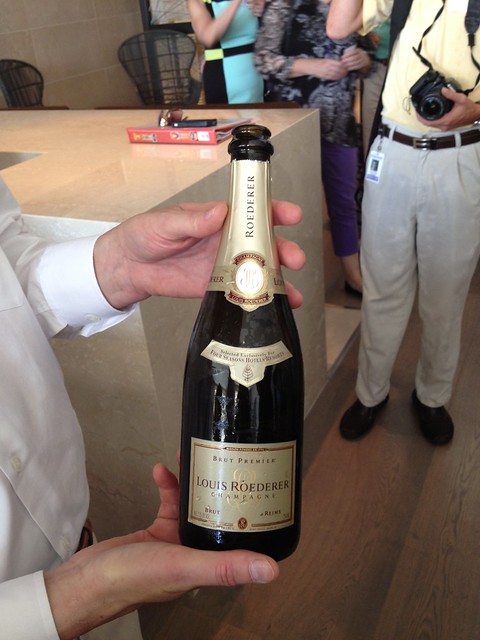 From within the Ravello Lounge, a staircase leads down to the restaurant with the same name. 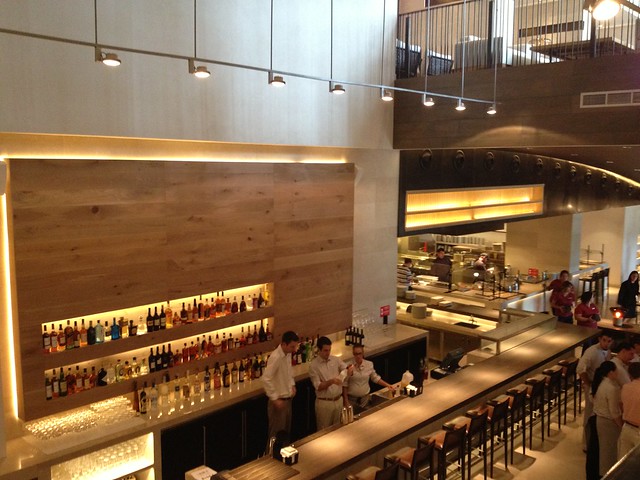 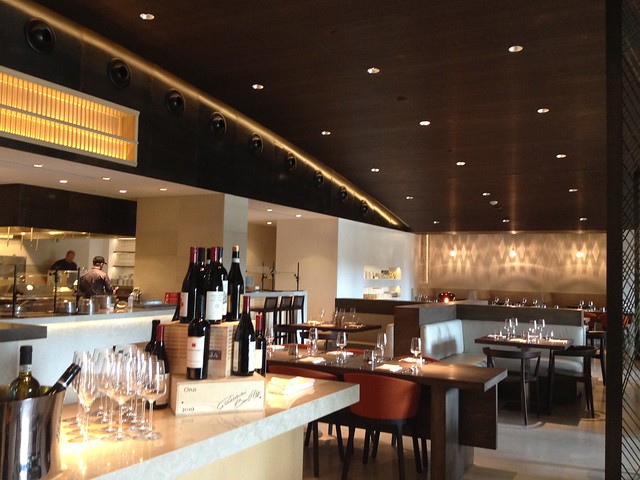 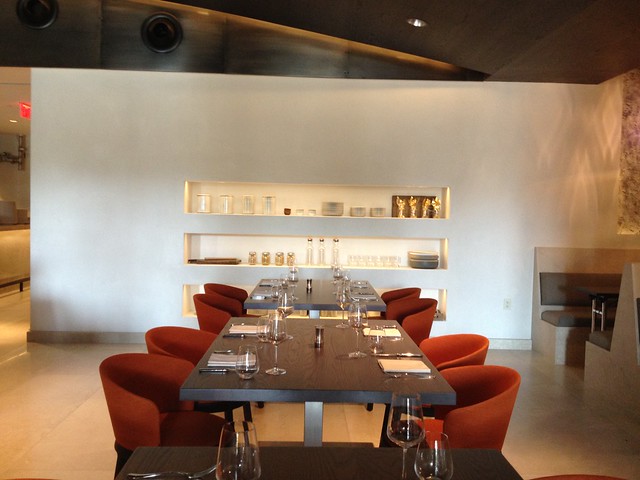 Ravello restaurant, a modern Italian restaurant, is where the character dining will be located with Goofy and Mickey, with more characters on the way in the future. 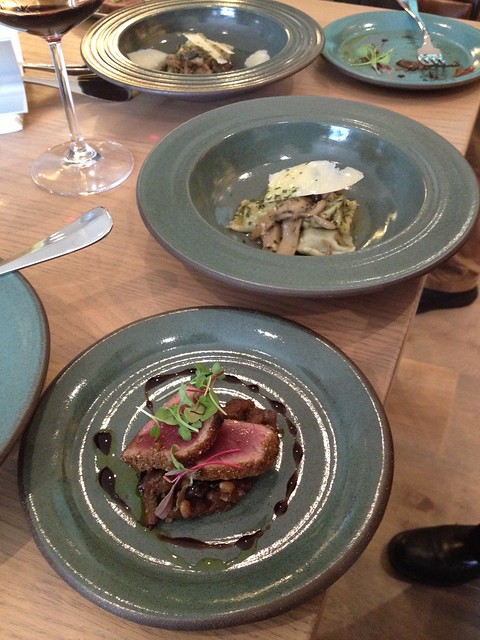 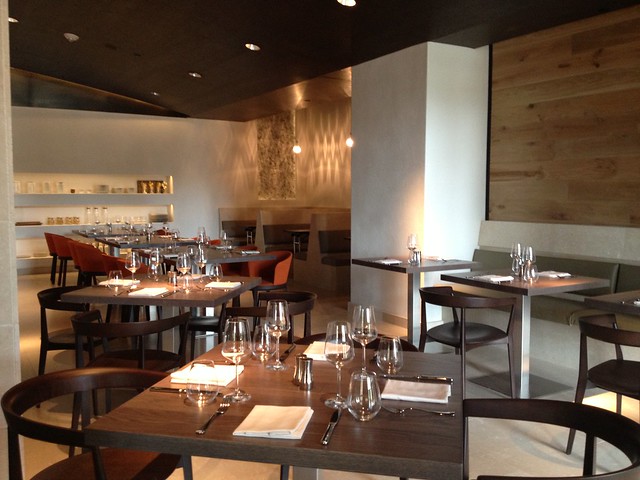 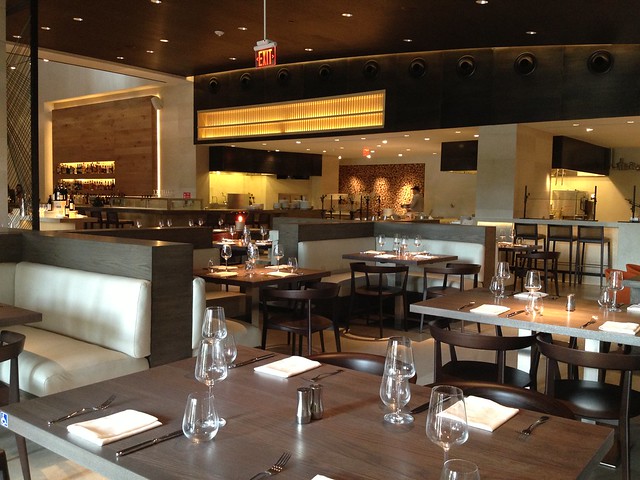 The Spa will feature a variation of the Bibbidi Bobbidi Boutique, called Magical Moments. Both boys and girls will be able to get makeovers. The Spa will have treatments based on a questionnaire guests will fill out on an iPad, including the creation of a custom scent. 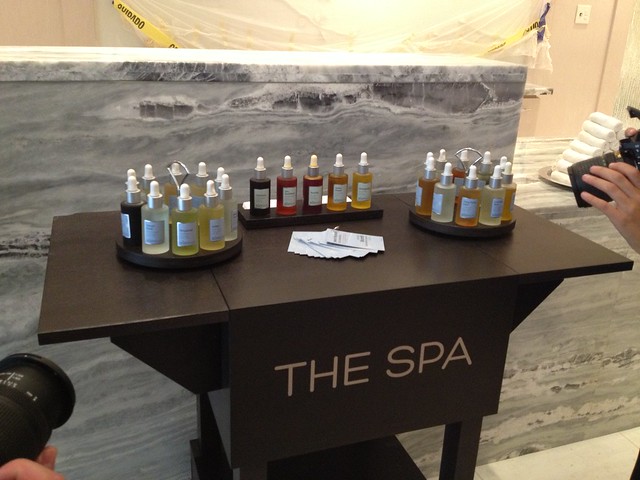 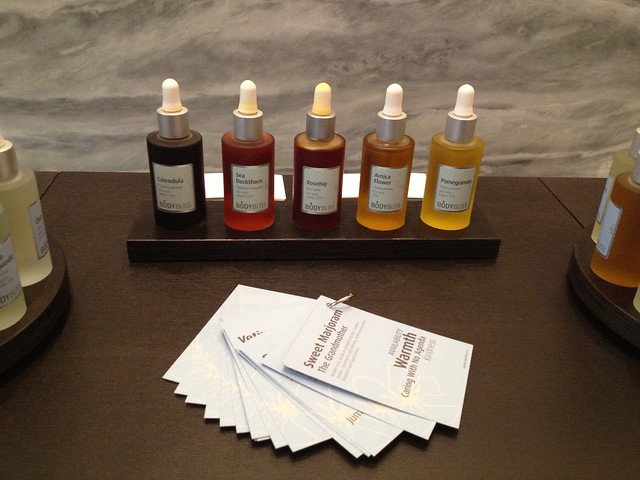 The Four Seasons Orlando will have several pools, including a large water park. But for this preview only the Oasis pool and family pool were available. 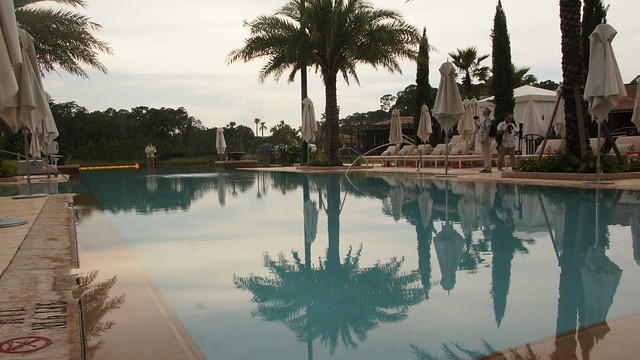 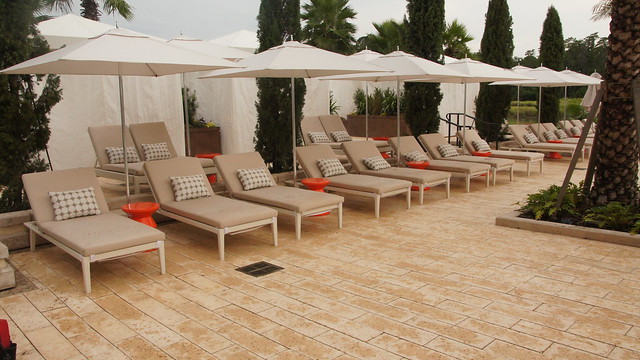 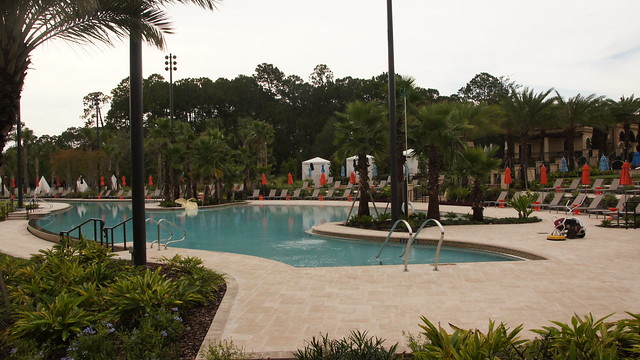 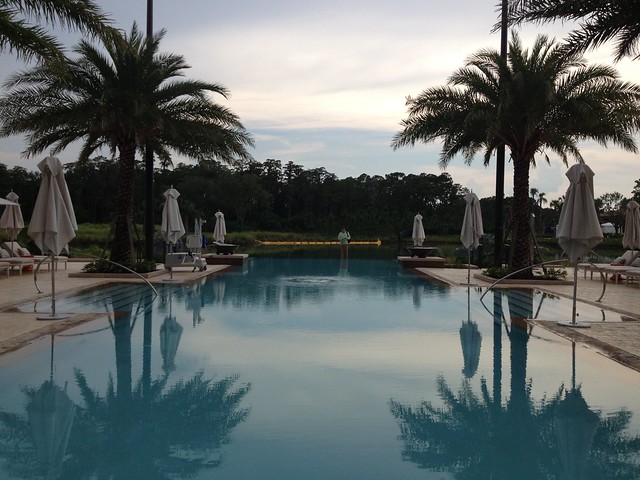 Nearby, the PB+G restaurant, sits between the adults and family pools, featuring a bar and outdoor seating, serving more casual food. 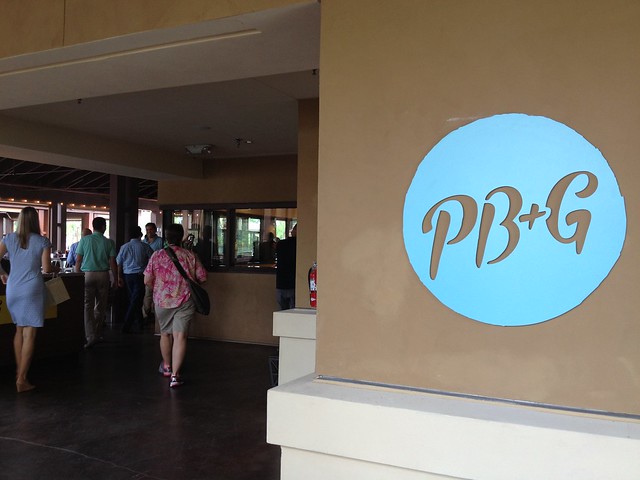 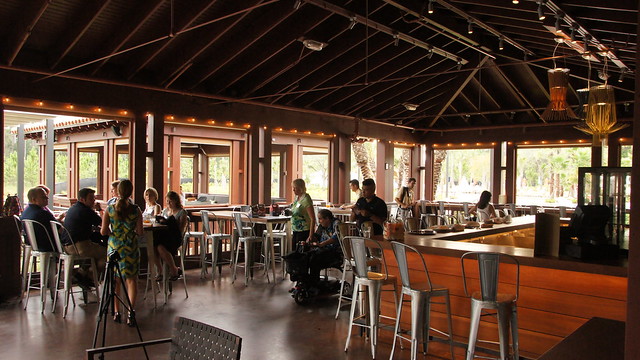 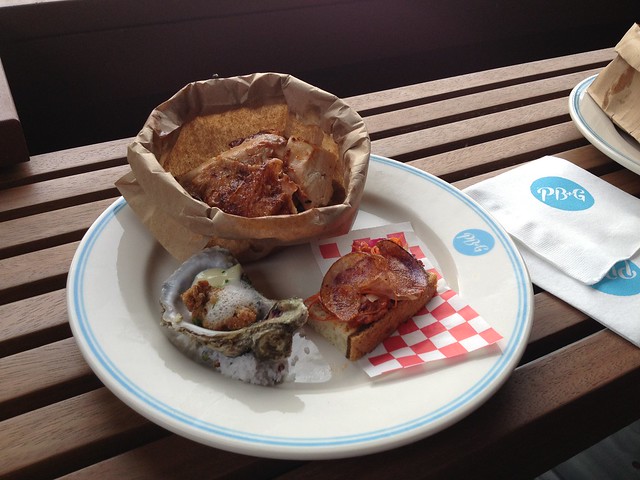 Lickety Split, a café, will serve desserts and cold brewed coffee that takes 8 hours to brew, along with unique coffee blends.

Four Seasons Orlando officially opens to the public on August 3 at Walt Disney World. Reservations are available now. More information can be found on their web site. Check back soon for a complete look at the resort, including the rooms and more amenities.