While most of San Diego Comic-Con is family friendly, it does often venture into the more macabre matters from new and upcoming horror movies and TV.

“The Walking Dead” continues to draw millions of viewers with each new episode. Fans are eagerly awaiting its fifth season to debut in October. And while thousands poured into Hall H to see the show’s cast, I was sadly not one of them, covering other panels at that time. But for everyone who couldn’t make it into the big presentation, “The Walking Dead” still had a fun presence on the show floor with a Terminus-inspired booth that featured “live” zombies, a photo op, and a brief walk-through experience. 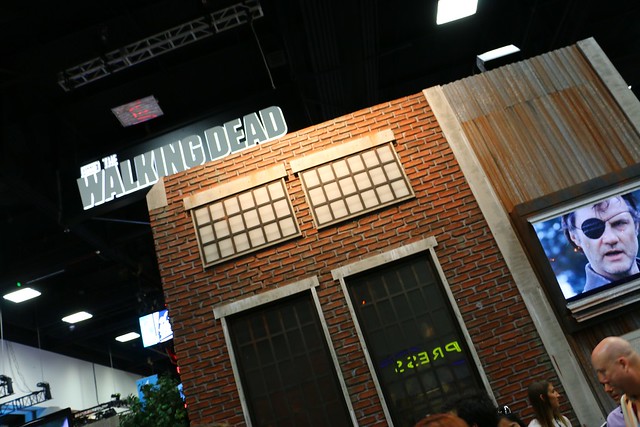 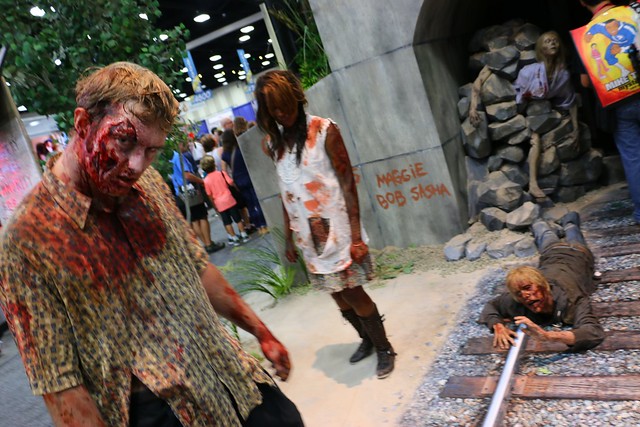 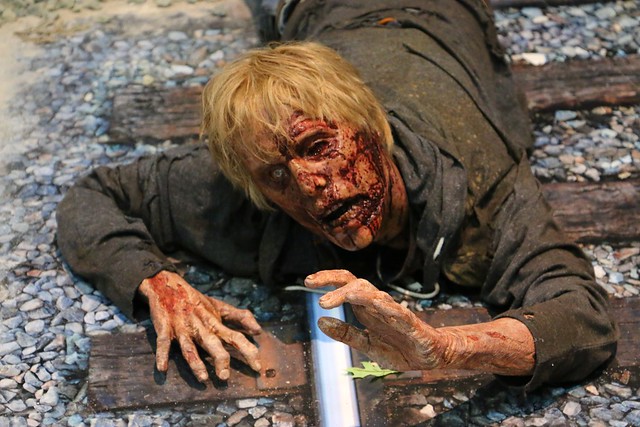 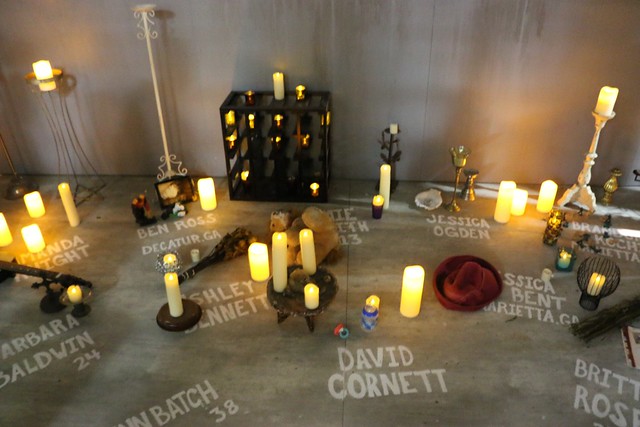 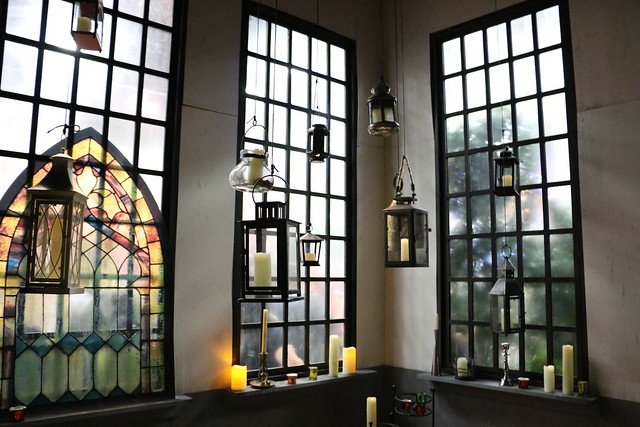 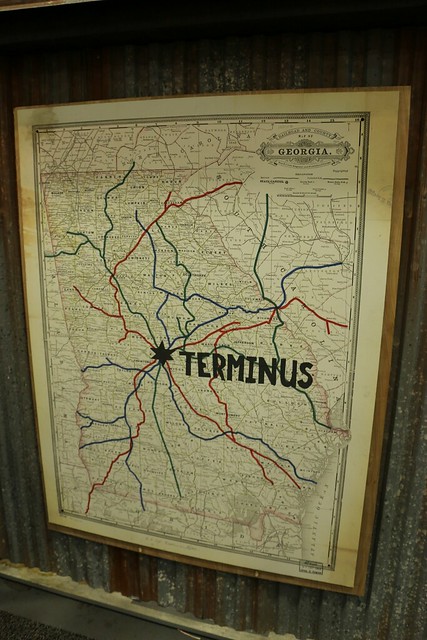 Also taking place once again outside SDCC was The Walking Dead Escape at Petco Park. Check back to Outside the Magic soon for a look at this year’s walker-infested course.

Lots of prizes were handed out with each audience member also receiving a preview CD of the upcoming “Hannibal” soundtrack release. 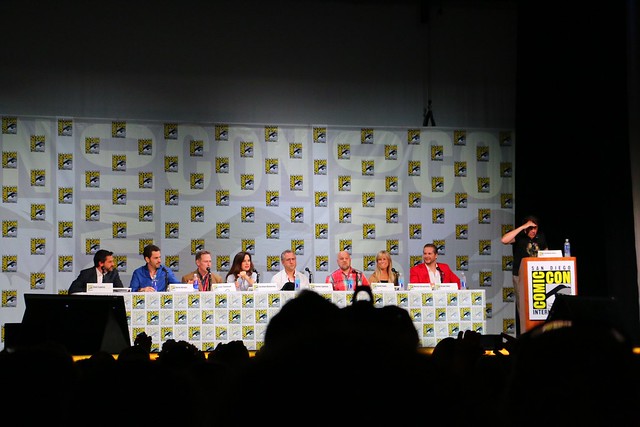 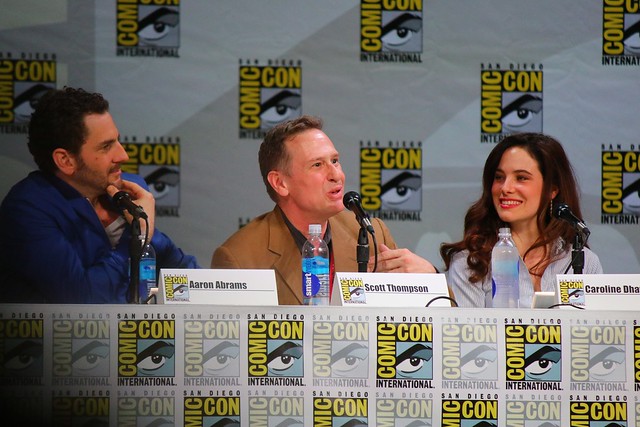 Approaching its third season, “Bates Motel” returned to SDCC for a glimpse at the horrors ahead – but mostly a lot of laughs. Its panel featured executive producers Carlton Cuse and Kerry Ehrin along with stars Vera Farmiga (Norma Bates), Freddie Highmore (Norman Bates), Olivia Cooke (Emma), and Nestor Carbonell (Sheriff Alex Romero) – plus a surprise appearance by Kenny Johnson, whose role as Caleb was announced to become a series regular. 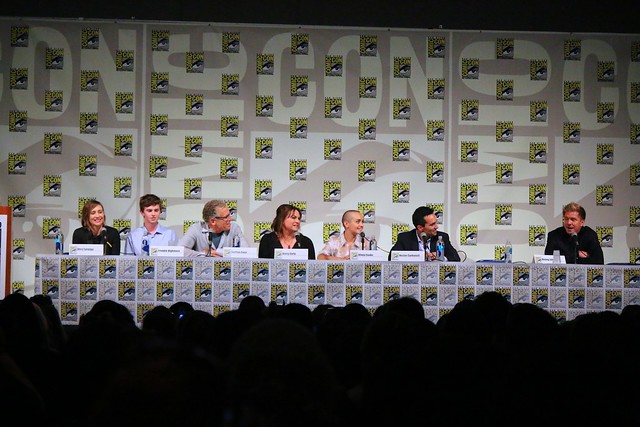 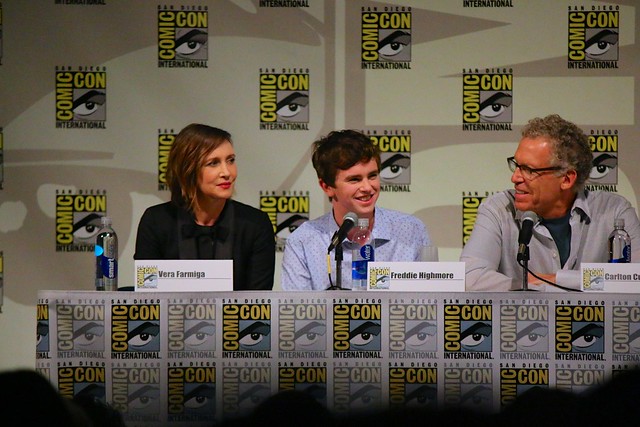 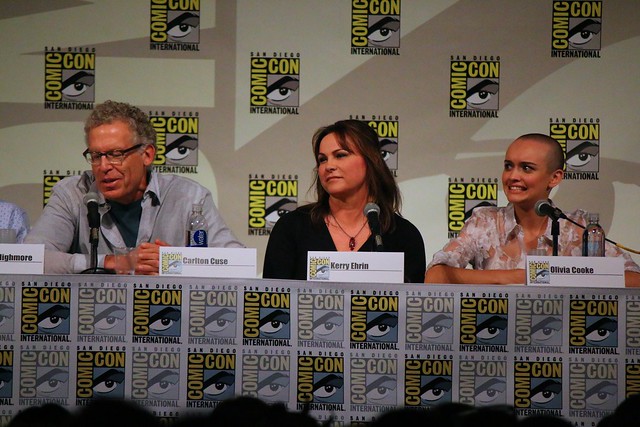 Though recording of the video clips shown during the panel is prohibited, A&E did release the full hilarious “casting” video online:

On the show floor, “Bates Motel” also had a fun and surprisingly hidden photo opportunity. Tucked away down one of the aisles off the main paths was an opportunity to step inside Norman’s taxidermy office / basement and pose for a particularly creepy picture. 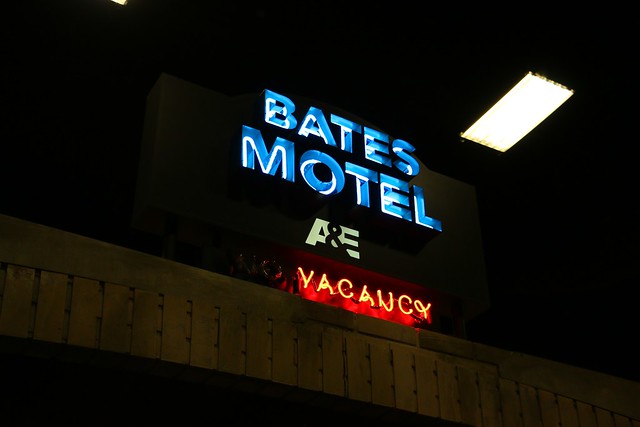 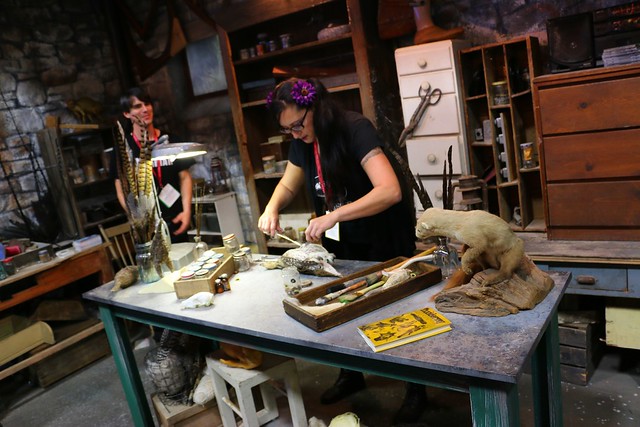 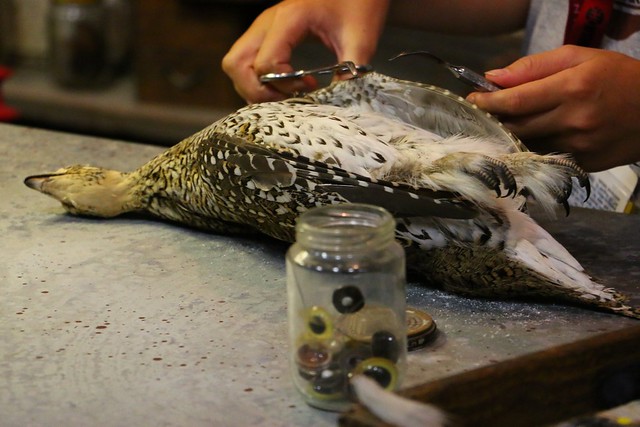 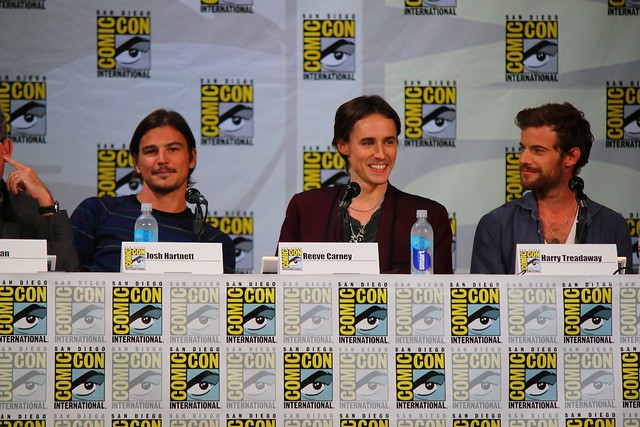 The Q&A session even included one of those stereotypical Comic-Con fangirl moments as one attendee broke down into nervous tears while asking a question to Josh Hartnett. Everyone in the audience received a small set of tarot cards on the way out while the Entertainment Earth booth was selling a complete set along with new action figures. 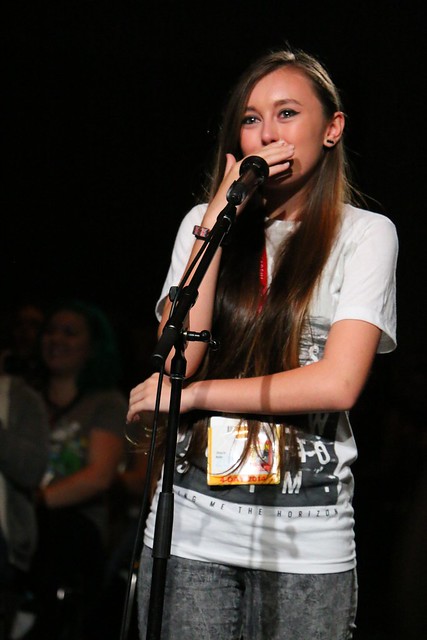 For horror fans looking for more to experience first-hand, the Legendary Pictures booth featured a walk-through handcrafted by Guillermo del Toro himself in promotion of the upcoming film “Crimson Peak.” The exhibit placed attendees inside what felt like a haunted house, designed in the look of one of the sets of the movie, featuring props, costumes, and an atmospheric soundscape designed by Academy Award Winner Randy Thom. There weren’t any big scares inside, but the atmosphere definitely was similar to a haunted attraction.

Legendary’s booth also featured a VR “Pacific Rim” experience. Check back to Outside the Magic soon for more on that.

The popular TV show “American Horror Story” did have a panel as well, but it was placed inside a room far too small to hold the thousands of attendees trying to get inside. Many had lined up several hours in advance and most were denied entrance (myself included). Perhaps next year the show will return with a bigger room.

Also showing off some horror fun at SDCC was FOX’s “Sleepy Hollow,” both with a panel discussion as well as an offsite experience. Check back soon for more about that.

MTV brought its younger audience a taste of horror as well with a lively “Teen Wolf” panel that had girls screaming for its hunky stars throughout.

(Full disclosure: The only reason I sat through the “Teen Wolf” panel was to get a better seat for “Hannibal” immediately after.)