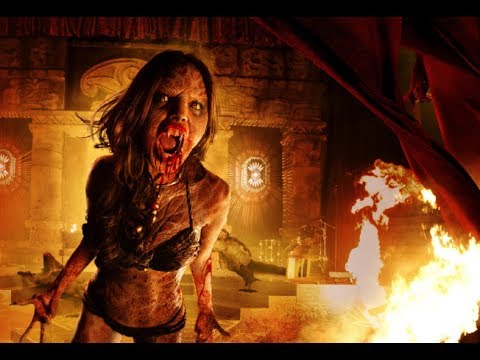 The new TV series based on the Robert Rodriguez classic horror film “From Dusk Till Dawn” has been revealed to be part of Halloween Horror Nights 2014 at Universal Orlando and Universal Studios Hollywood. The maze will first put guests inside “The Twister” strip club (yes, they changed the name), coming face-to-face with sexy sirens to draw them in doing their famous snake dance. From there, “all hell breaks loose” as guests experience into a blood bath, temple, back into the strip club, and much more mayhem. Guests will also encounter mythological creatures known as “Culebras,” serpent-like vampires who have tormented the earth for centuries. From Dusk Till Dawn joins The Walking Dead as haunted houses in Halloween Horror Nights on both coasts with many more experiences still to be revealed.