Outside the London waterfront area, the purple Knight Bus contains a shrunken head and the Knight Bus Conductor, both of whom will converse with guests before they head into Diagon Alley. 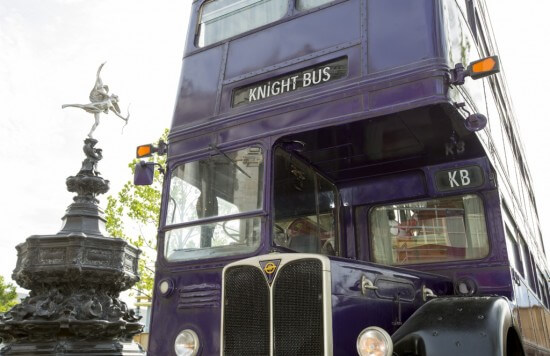 In Carkitt Market, a side street of the Diagon Alley expansion, two live shows will be featured.

The first will include the telling of two fables from “The Tales of Beedle the Bard”: “The Fountain of Fair Fortune” and “The Tale of the Three Brothers” told via props and puppetry. 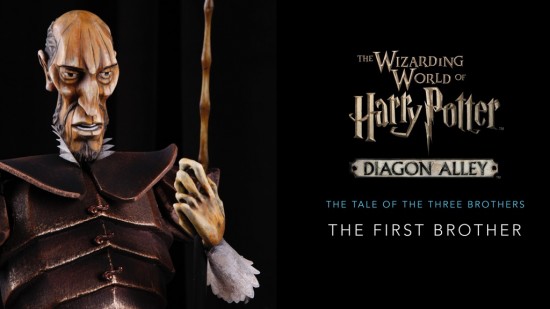 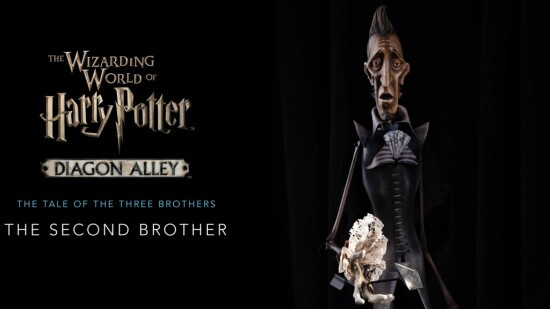 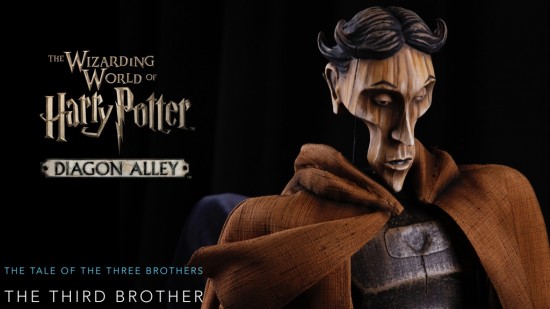 The second show will be a musical performance by the Singing Sorceress: Celestina Warbeck and the Banshees, featuring jazzy new songs titled by J.K. Rowling herself: “A Cauldron Full Of Hot, Strong Love,” “You Stole My Cauldron But You Can’t Have My Heart” and “You Charmed The Heart Right Out Of Me.”

Gringotts Money Exchange will allow Muggle dollars (real cash) to be swapped for Universal’s new Wizarding Bank Notes – their equivalent of Disney Dollars. These notes will be able to be used within both Diagon Alley and Hogsmeade Village to buy snacks and merchandise. 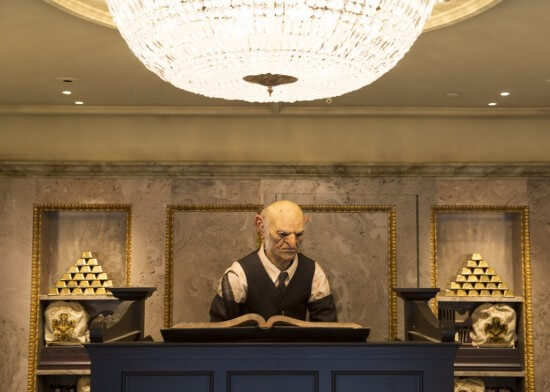 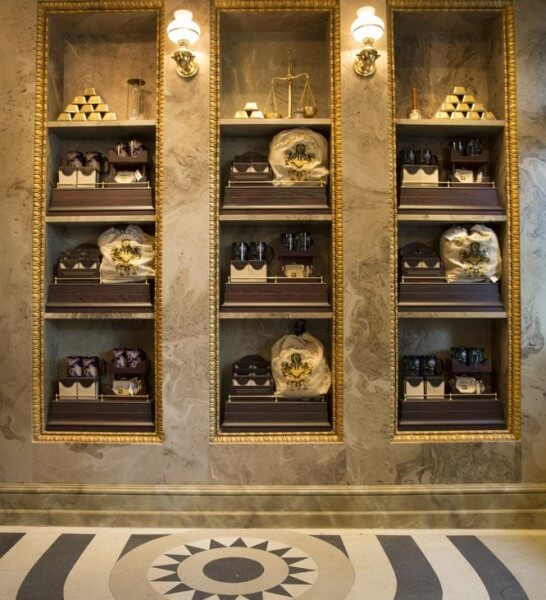 Ollivanders: Makers of Fine Wands will be in Diagon Alley as well, where wands can be chosen and purchased.

Rumors still point to Universal featuring an interactive wand experience throughout Diagon Alley, but they did not confirm or announce that element today.