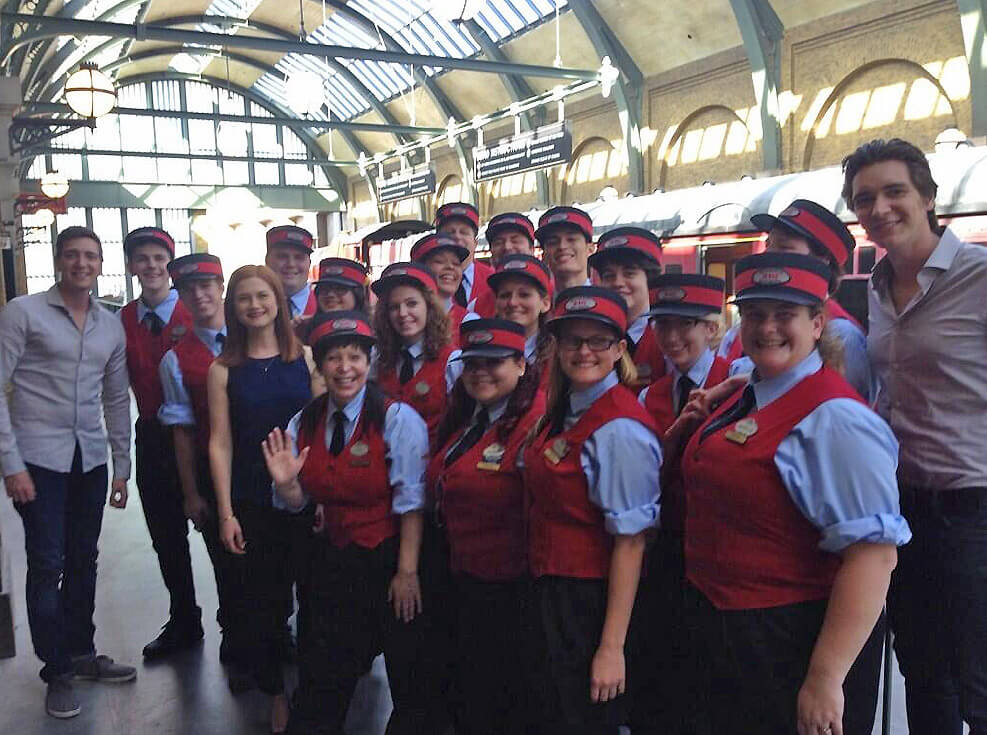 Today Universal Orlando is taking a few “Harry Potter” film stars on a tour of the new Diagon Alley expansion of the Wizarding World of Harry Potter.

It all began as the trio took a trip aboard the Hogwarts Express from Hogsmeade to King’s Cross. In the new London waterfront area, they hung around the Knight Bus. With designers Thierry Coup and Alan Gilmore, they entered through the jagged brick walls into Diagon Alley. Inside, they dined at the Leaky Cauldron restaurant. They took a detour into Knockturn Alley… Diagon Alley does not yet have an opening date but will be previewed in a press event beginning June 17 that will include more “Harry Potter” stars.