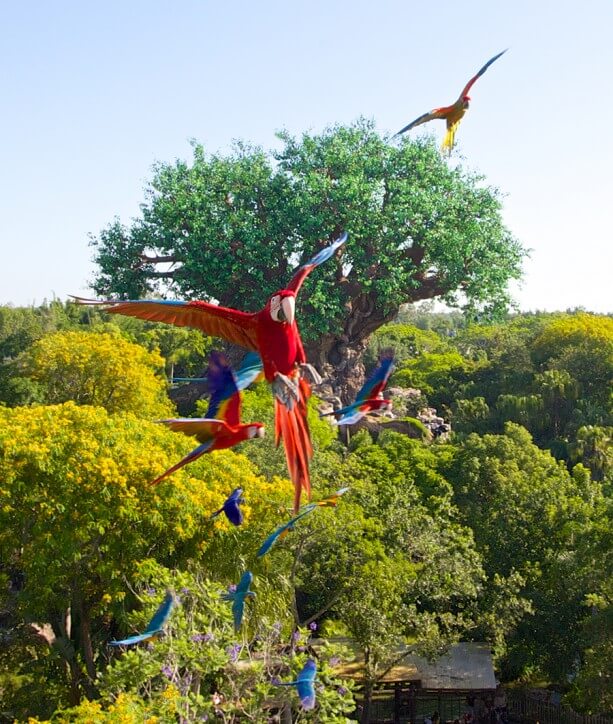 “Winged Encounters — The Kingdom Takes Flight” is the name of a new show that will make its debut this summer, featuring colorful macaws flying high above Discovery Island. It’s is a spinoff of the park’s Flights of Wonder show. Winged Encounters will feature the flights of six different types of macaw – hyacinth, green-winged, blue and gold, scarlet, blue-throated, and military – plus give guests a chance to see these birds up close.

With the World of Pandora from “Avatar” still three years away and Mickey’s Jammin’ Jungle Parade ending at the end of this month, it seems Walt Disney World is focused on bringing new entertainment to Disney’s Animal Kingdom in the coming years to add new life to the park that’s been rather stagnant for quite a while. Winged Encounters doesn’t have a specific debut date yet, but it’s surely the first in a long line of new reasons to visit the least-discussed park.