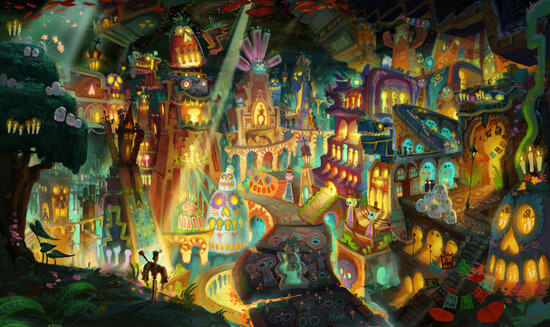 It’s been more than two years since Disney and Pixar announced “Toy Story 3” director is working on a movie based on the Mexican holiday of Dia de los Muertos – the Day of the Dead. The movie still doesn’t have a release date or even a name, especially after Disney came under fire for trying to trademark the holiday’s name.

Now producer Guillermo del Toro and Jorge Gutierrez have already released a trailer for their film based on the very same holiday. It’s called “The Book of Life” and will be released this Halloween season on October 17, 2014. It looks gorgeous. The list of upcoming films on Pixar’s web site only lists their Day of the Dead-based movie as “Untitled Lee Unkrich Film.” I imagine Disney will be watching “The Book of Life” closely to see if audiences will be interested in seeing another animated film on the same topic within the next couple years.