In a nighttime presentation at CinemaCon in Las Vegas, Disney revealed details about several of its upcoming films, including three upcoming Pixar movies, a sequel announcement, and details about ongoing productions.

Talk was brief about the sequel to “Monsters, Inc.” called “Monsters University,” as well as some discussion of upcoming films “Frankenweenie” and “Oz: The Great and Powerful,” with in-person appearances by directors Tim Burton and Sam Raimi, respectively. But the real excitement in Disney’s presentation came with its many announcements.

Disney confirmed a sequel to last year’s highly successful “The Muppets” in in the works, simply titled “The Muppets 2.” A title card for the film was revealed with Kermit the Frog and Miss Piggy arriving on stage to help make the announcement.

Video: Disney announces “The Muppets 2” at CinemaCon with Kermit and Miss Piggy

In the world of Pixar, the biggest announcement was that “Toy Story 3” director Lee Unkrich is working on a film about the Mexican holiday of Dia de Los Muertos. No further information was given about the project, but the possibilities are certainly exciting for Pixar to approach the celebration of “day of the dead.” (Though some may be surprised that Tim Burton isn’t somehow involved in this project…)

At the 2011 D23 Expo, Disney hinted at a few other Pixar projects that were in early stages of development. One of those projects now has a title, called “The Good Dinosaur” with the following synopsis:

What if the cataclysmic asteroid that forever changed life on Earth actually missed the planet completely and giant dinosaurs never became extinct? This hilarious, heartfelt and original tale is directed by Bob Peterson (co-director/writer, “Up;” writer, “Finding Nemo”) and produced by John Walker (“The Incredibles,” “The Iron Giant”). 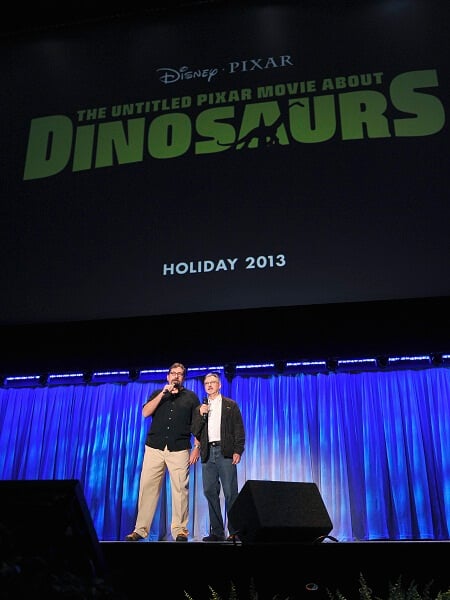 Another film previously-hinted at the D23 Expo was further elaborated on at CinemaCon. It still doesn’t have a title, referred to only as “the untitled Pixar movie that takes you inside the mind.” The film is described as:

Pixar takes audiences on incredible journeys into extraordinary worlds: from the darkest depths of the ocean to the top of the tepui mountains in South America; from the fictional metropolis of Monstropolis to a futuristic fantasy of outer space. From director Pete Docter (“Up,” “Monsters, Inc.”) and producer Jonas Rivera (“Up”), the inventive new film will take you to a place that everyone knows, but no one has ever seen: the world inside the human mind. 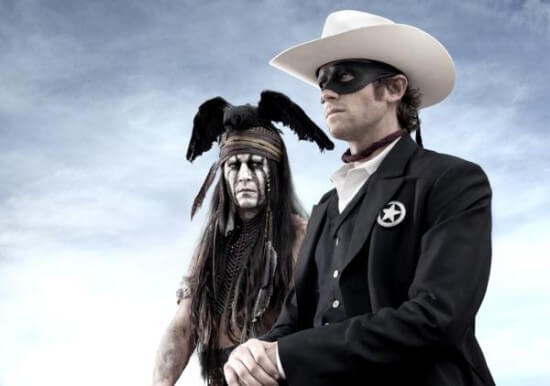 Outside of Pixar, The Walt Disney Studios also announced that musician Jack White, of The White Stripes fame, will write, produce and perform the score for Walt Disney Pictures and Jerry Bruckheimer Films’ “The Lone Ranger” starring Armie Hammer and Johnny Depp. “The Lone Ranger” will mark White’s first foray into feature film scoring. The film hits theaters May 31, 2013.