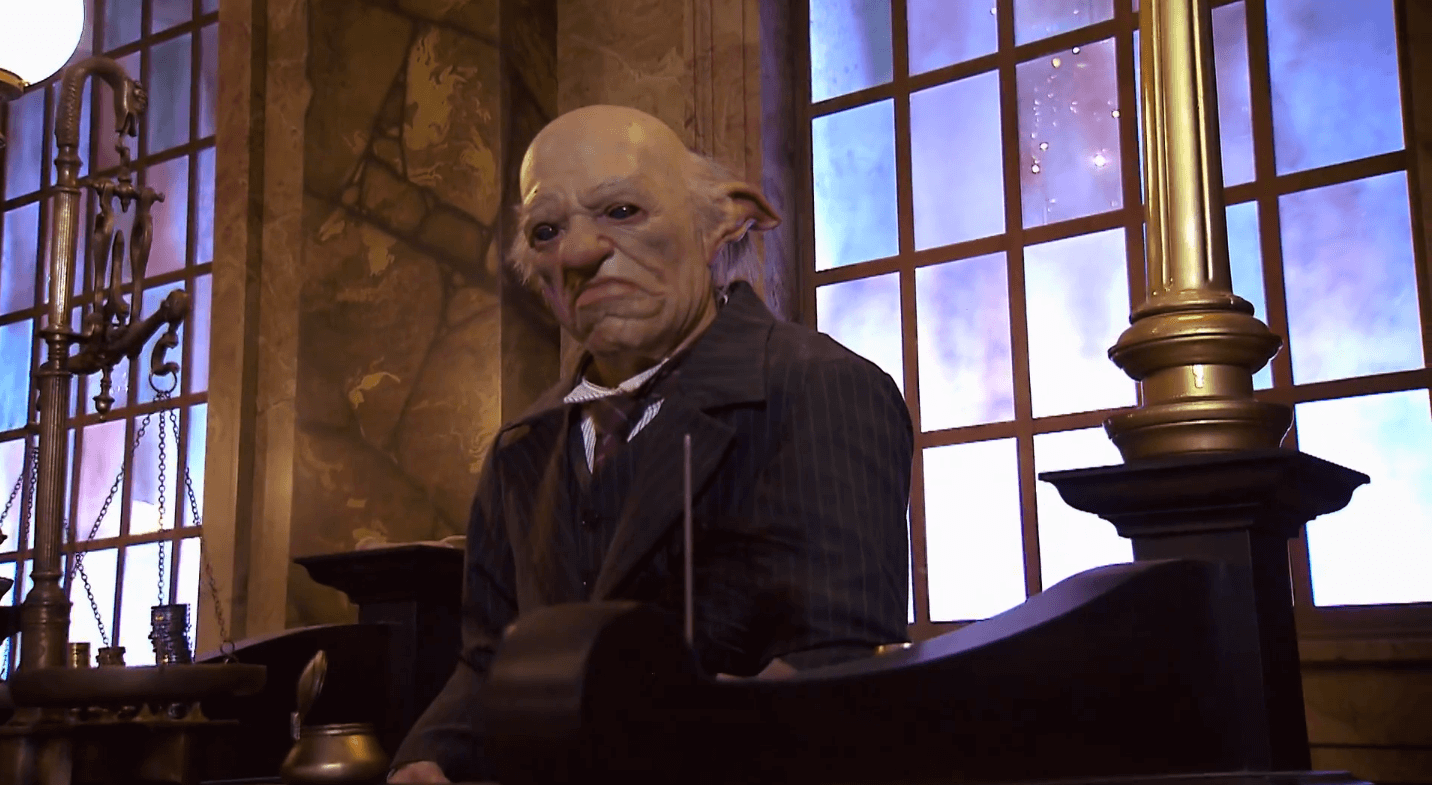 Just a day after a “Today Show” teaser revealed a first look inside the Harry Potter and the Escape from Gringotts attraction, Universal Orlando has released a closer look at the animatronic goblins that populate the bank in Diagon Alley.

“Here to open an account? Very well,” says one goblin in part of the entertainment that awaits guests who will travel to the Wizarding World of Harry Potter expansion at Universal Studios Florida this summer. The “Today Show” will offer further sneak peeks at Diagon Alley throughout next week’s airings. An opening date for Diagon Alley has not yet been announced, but could be during these shows next week.