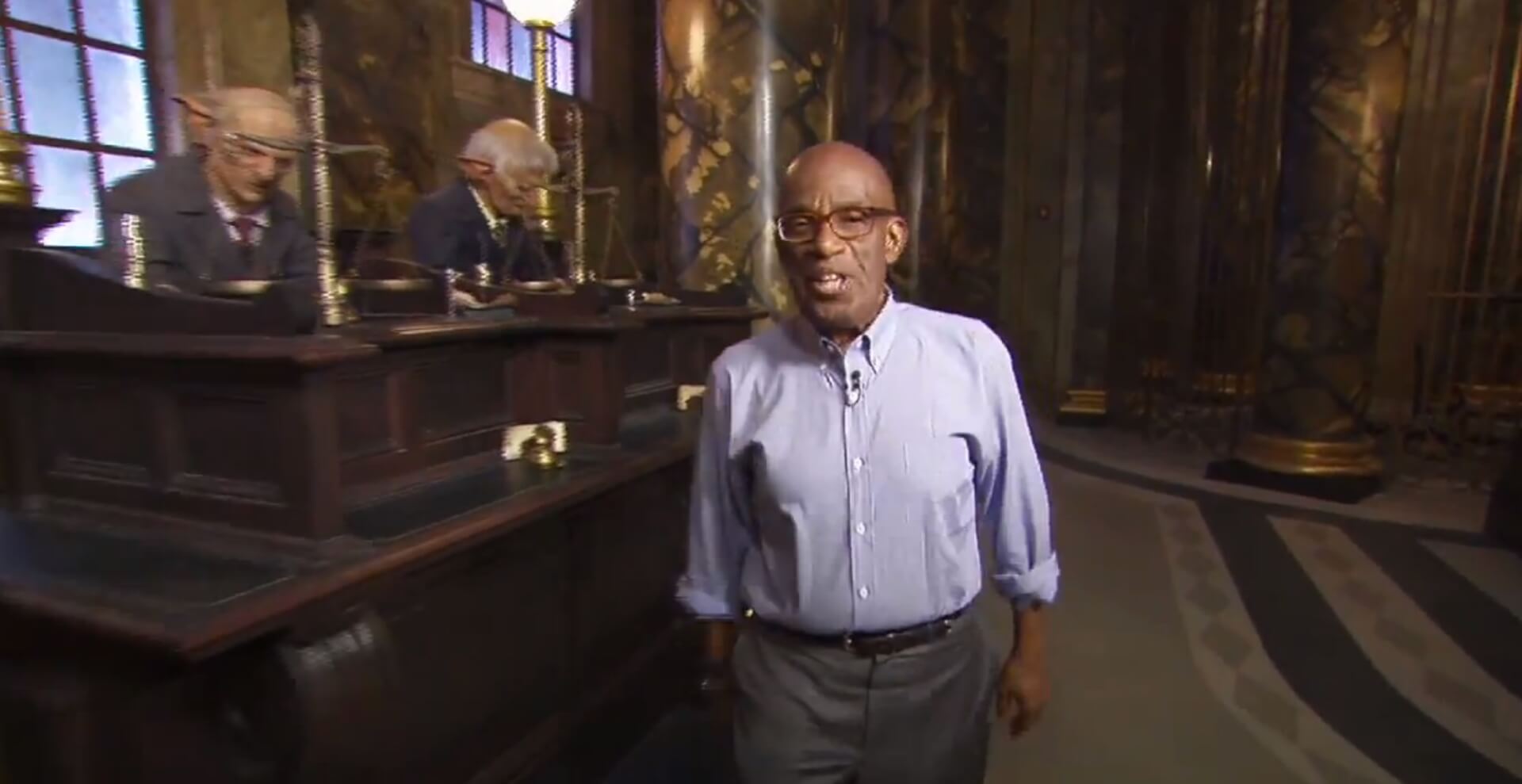 In a video teaser for the upcoming segments, anchor Al Roker takes a walk through the Harry Potter and the Escape from Gringotts queue revealing a first look at animatronic Goblin bankers. It’s not the clearest look but it is the first time we’ve been able to see what’s inside one of many elaborately themed areas that will lead up to the roller coaster-style experience. (Credit to Orlando United for first spotting the video!)

For comparison, here is a look at what the lobby of Gringotts Bank looks like in the “Harry Potter” films: The “Today Show” will also be hosting a contest to attend the grand opening of Diagon Alley.

It’s expected that Universal Orlando will announce an opening date for the Wizarding World of Harry Potter – Diagon Alley next week as well.