When Diagon Alley joined the Wizarding World experiences at Universal Orlando Resort, it brought Wizarding World magic to Universal Studios Florida. Joining this breath-taking and immersive experience to its counterpart, Hogsmeade Village (at Islands of Adventure) the Hogwarts Express offered fans a Harry Potter connector between both parks.

With exquisite attention to detail, Diagon Alley cast its spell over muggles with spellbinding shops, movie-inspired food and beverage, amazing attractions, and scores of interactive elements hidden among shop windows and walls. With all this delightful detail, “hidden” surprises remain for fans to find. 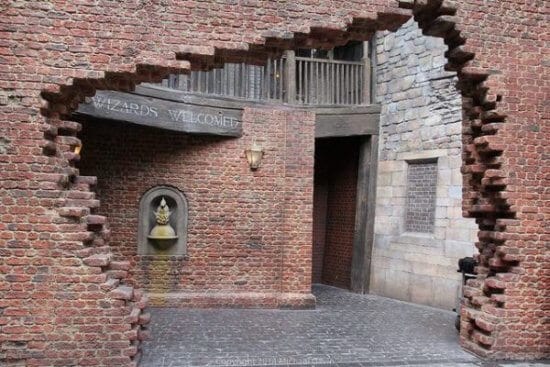 While not intended to be an exhaustive collection of cleverly concealed amazements, Inside the Magic is happy to share a baker’s dozen of delightful Diagon Alley surprises.  Many of these gems should already be familiar to hardcore Harry Potter fans, but for first time Muggle (and Wizard) visitors to the Wizarding World hidden adjacent to Kings Cross Station, this list of 13 spellbinding “secrets” is sure to contain spoilers. 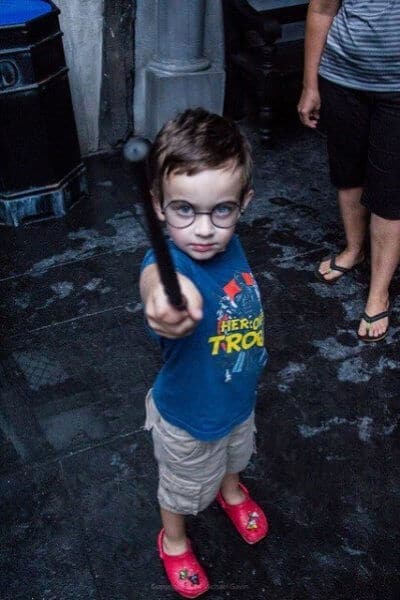 Mapped spells (for interactive wands) require the enchanting illumination of Knockturn Alley’s black light to reveal themselves on the map. 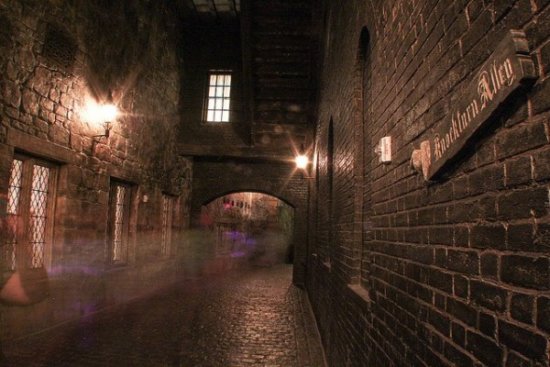 In addition to a parseltongue talking serpent and other window displayed beasts, Magical Menagerie harbors, within, a pair of magical creatures. Glance up to catch a glimpse of a Kneazle and Crumple-horned Snorlack. 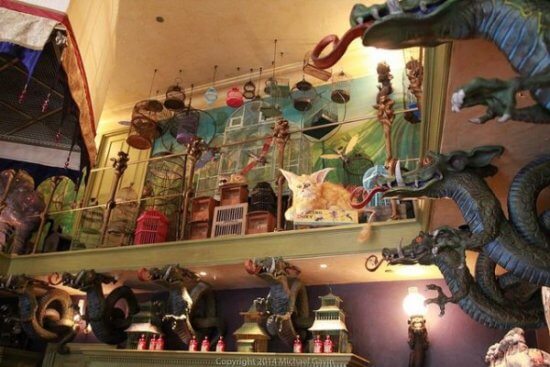 Celestina Wombat’s Diagon Alley performance includes a musical number making a muggle male member of the audience center of attention. Increase the odds of being selected by standing near the stage step’s railing while enjoying the show.

While wandering Weasley’s Wheezes, don’t forget to look up. Fireworks forever light up the night just outside of the skylight. 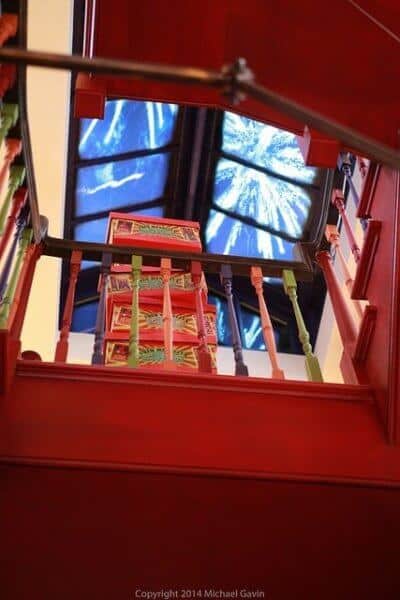 The familiar face of the Black family’s house-elf, Kreacher, can often be seen peeking from behind the curtains of #12 Grimmauld Place

Audio magic takes place all over Diagon Alley. From the sounds of workers preparing the “Daily Prophet” (heard just outside the door to the paper) to the sound of a Vanishing Cabinet enclosed chirping bird Borgin and Burkes/Knockturn Alley), aural enhancements extend the immersive experience. 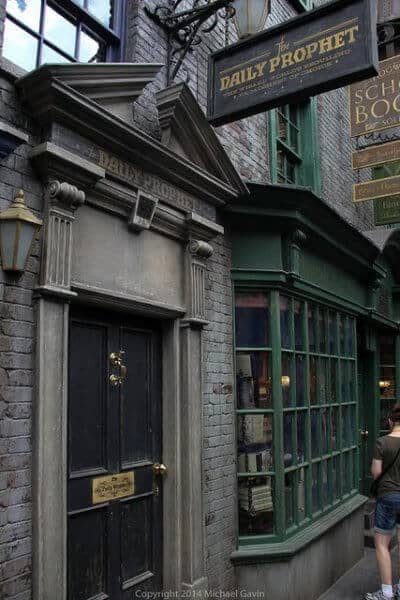 Purple, tall and parked just across from the hidden entrance to Diagon Alley, the Knight bus has more to offer than just friendly conversation with its driver. Take a peek around and into the back of the bus for additional amazing detail of the wayward wizard’s transportation vehicle. 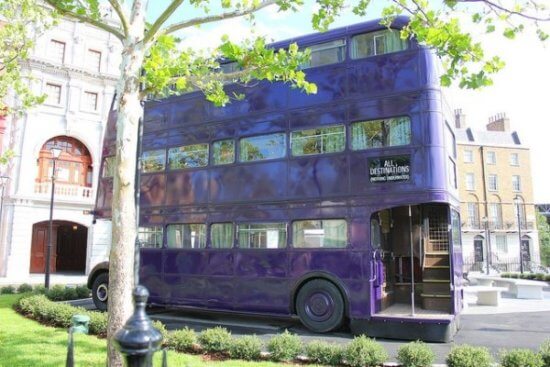 Making inquiries into just about anything, but NEVER ask the goblin at Gringotts Money Exchange if he is a house-elf (we warned you)!

Diagon Alley occupies what used to be Amityville and the JAWS attraction. A quartet of tributes awaits discovery: from album covers in the London shop window and singing shrunken heads to shark jaws lurking within the window of Mullpepper’s Apothecary and boat tour parts-made equipment on the upper shelves of Wiseacres Wizarding Equipment– JAWS is well represented. 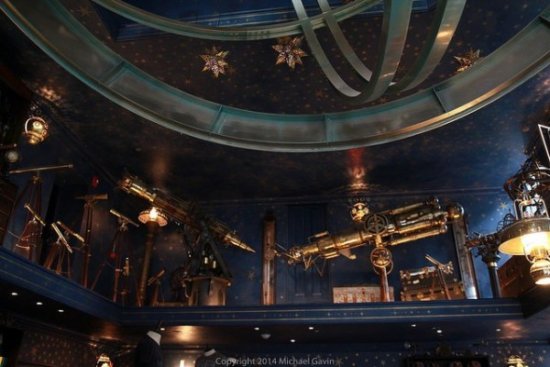 Stand under the Leaky Cauldron sign showing a witch stirring a cauldron for a wet surprise. 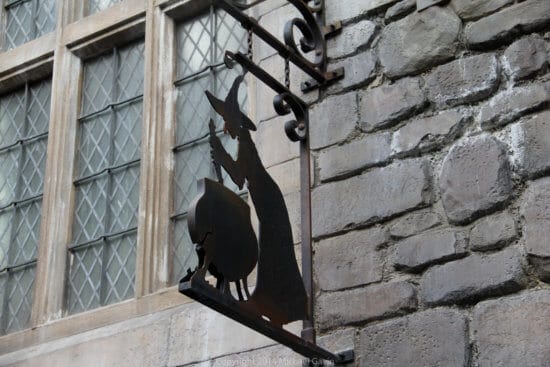 Dial MAGIC (62442) from the phone (red phone booth) in front of Kings Cross Station for a spellbinding surprise. 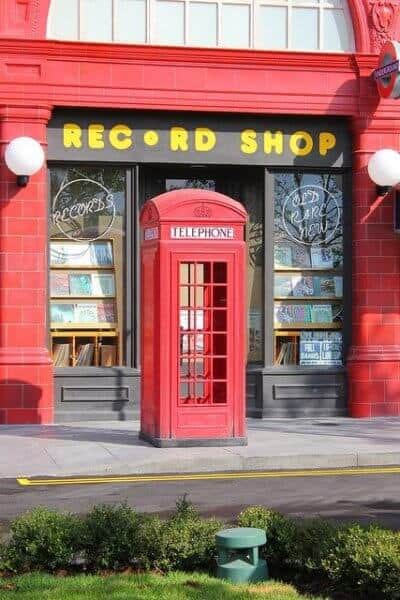 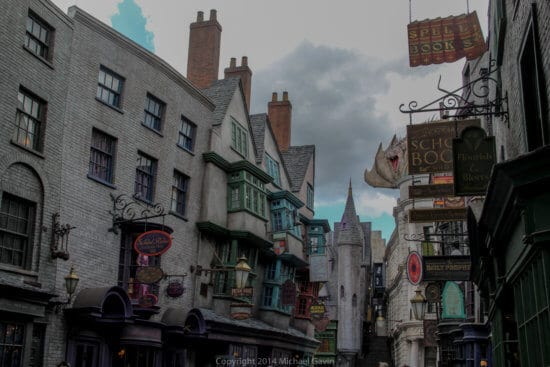 Which of these wizarding wonders have you discovered? Please cast your spell in the comments.