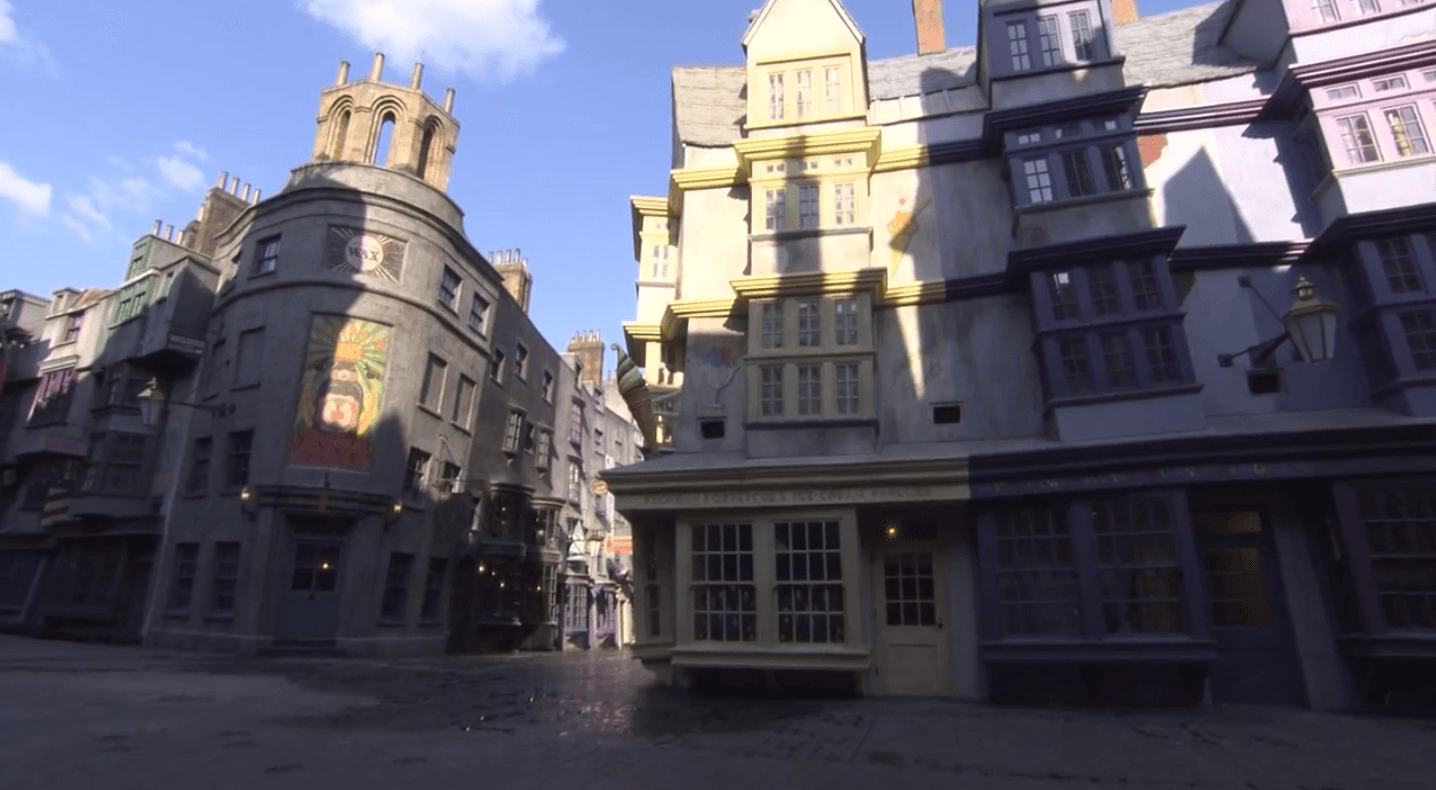 Universal Orlando has released a new behind-the-scenes video about the creation of Diagon Alley, showing glimpses of how the Wizarding World of Harry Potter expansion was planned.

Included among the new visuals are peeks around the Diagon Alley streets and into the Escape from Gringotts ride, featuring a first look at scenes starring goblins, Bill Weasley, and one big dragon. Inside the ride, the video reveals what appears to be part of the queue featuring a lifelike goblin, appearing using the same “Musion” effect that brings Dumbledore, Harry, Ron, and Hermione to life in the existing Forbidden Journey attraction. Once on the Escape from Gringotts ride, passengers will don 3D glasses to be immersed into a multi-dimensional world enhanced by motion base vehicles, a next generation version of Transformers – The Ride 3D and The Amazing Adventures of Spider-Man.