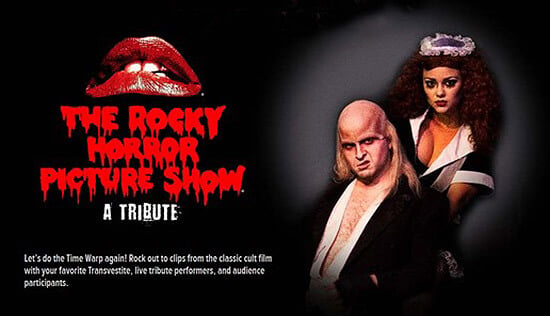 Details continue to trickle in about what fiendish fun will be found during Halloween Horror Nights 2014 at Universal Orlando. The Rocky Horror Pictures Show Tribute will be returning this year.

Universal Orlando has already revealed the dates of this 24th year of the event as well as announcing that there will be 8 haunted houses, multiple street experiences, and two live shows.

It is now confirmed that one of those live shows will be the Rocky Horror Picture Show Tribute, as Universal Orlando has issued a casting call for male and female musical theater performers specifically for this show’s roles. Here’s a look back at last year’s version of the show:

The other live show has not yet been announced (though will likely be Bill & Ted’s Excellent Halloween Adventure), nor have any haunted houses or street entertainment. Those announcements will likely be made after the Wizarding World of Harry Potter – Diagon Alley officially opens next month.