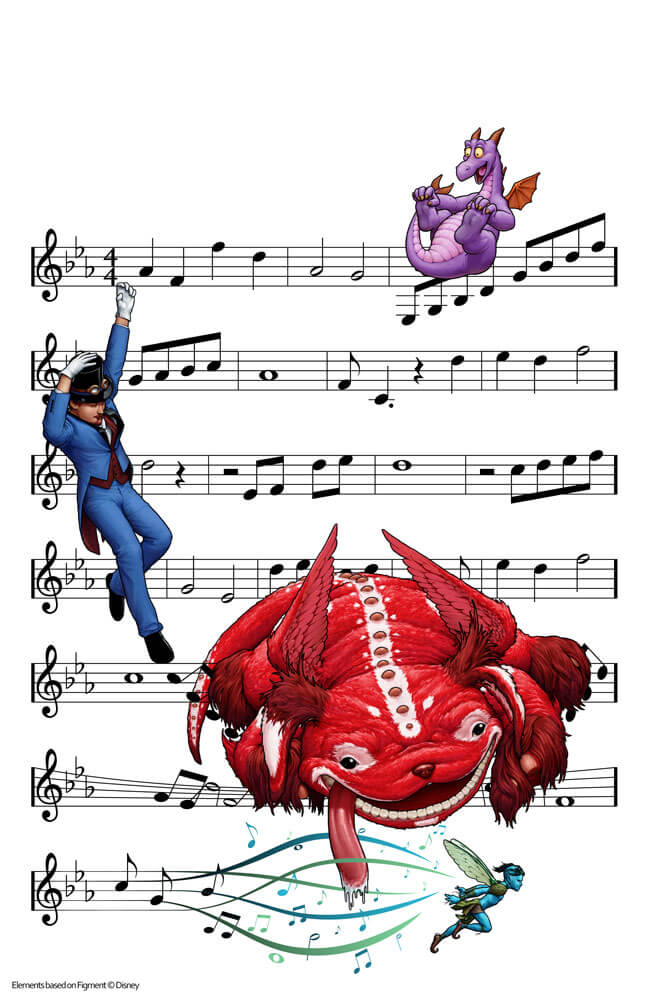 Marvel has shared with us another first look at the upcoming “Figment” comic, this time showing off the third cover in the 5-issue series that will debut next month.

The cover, by John Tyler Christopher, once again shows Figment, the young Dreamfinder, and their winged red friend (as previously seen on cover #2), adding in some sort of pixie-like creature. The musical score behind them doesn’t seem to be “One Little Spark.”

The “Figment” series is described as:

An all-new steampunk fantasy story exploring the never-before-revealed first adventure of the inventor known as Dreamfinder and his famous dragon Figment! Our daring duo explores the realms of imagination, finding friends and foes alike…while back on Earth, a clockwork army assembles under the command of the frightening force known only as The Singular!

Figment #3 (of 5) is written by Jim Zub and penciled by Filipe Andrade. The first of the series will be released in June.

Elements based on Figment ©Disney