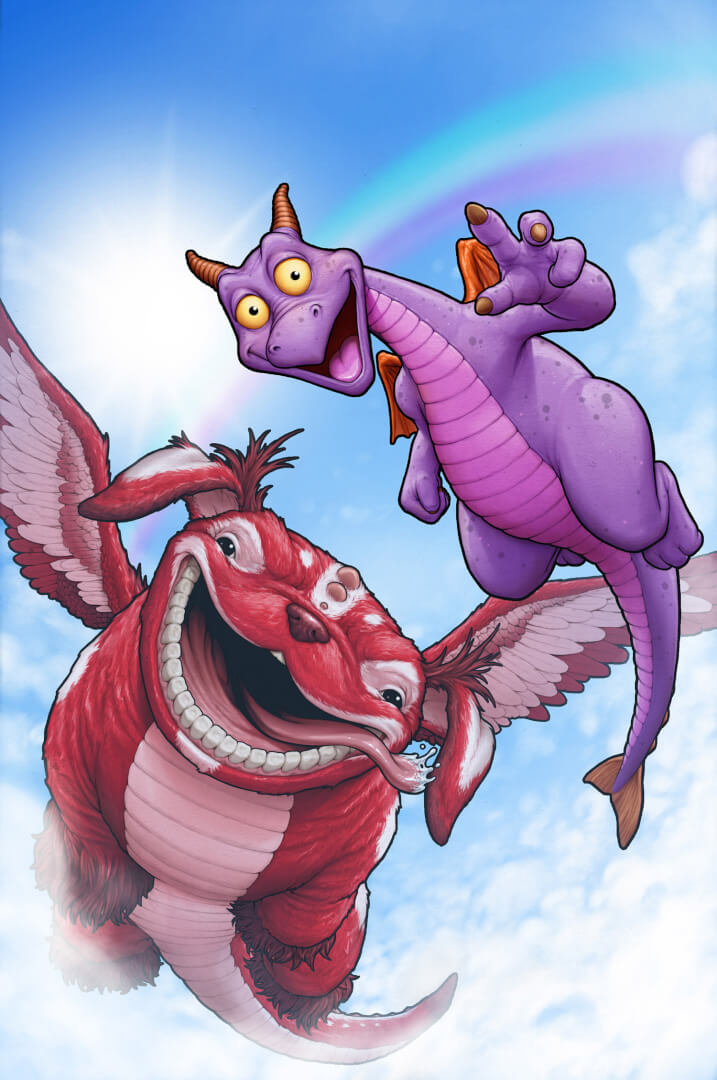 Disney fans are eagerly anticipating Marvel’s upcoming “Figment” comic, based on the popular Epcot character and his pal Dreamfinder. The debut of the first issue’s cover featuring both characters quickly drew much excitement and today Marvel has shared with Inside the Magic a first look at the cover of the second issue.

From artist John Tyler Christopher, “Figment” #2 features the titular purple dragon flying through the sky in front of a rainbow, alongside a new mystery character – bright red, furry, and appearing as something in-between a dog and dragon. The logo treatment for the “Figment” comic has yet to be revealed.

Editor Bill Rosemann describes the second issue: “After traveling through the gateway generated by the Integrated Mesmonic Spark Convertor, young inventor Blarion Mercurial and his newfound companion Figment — who happens to be an unceasingly inquisitive, talking purple dragon — plummet into a strange new world filled with exotic fauna, wild weather, and fantastic creatures, like the sinister Sound Sprites and the metal-eating Chimera!”

But just who is Blarion Mercurial? Is he the Dreamfinder? We’ll have to wait until this summer to find out he and this new fuzzy character are up to.

“Figment” #1 debuts in June as part of the Disney Kingdoms series, following the conclusion of “Seekers of the Weird.” The “Figment” 5-issue series comes from creators Jim Zub (Skullkickers) and Filipe Andrade (Captain Marvel), giving a Marvel spin to Disney’s classic Journey Into Imagination attraction.

Elements based on Figment ©Disney