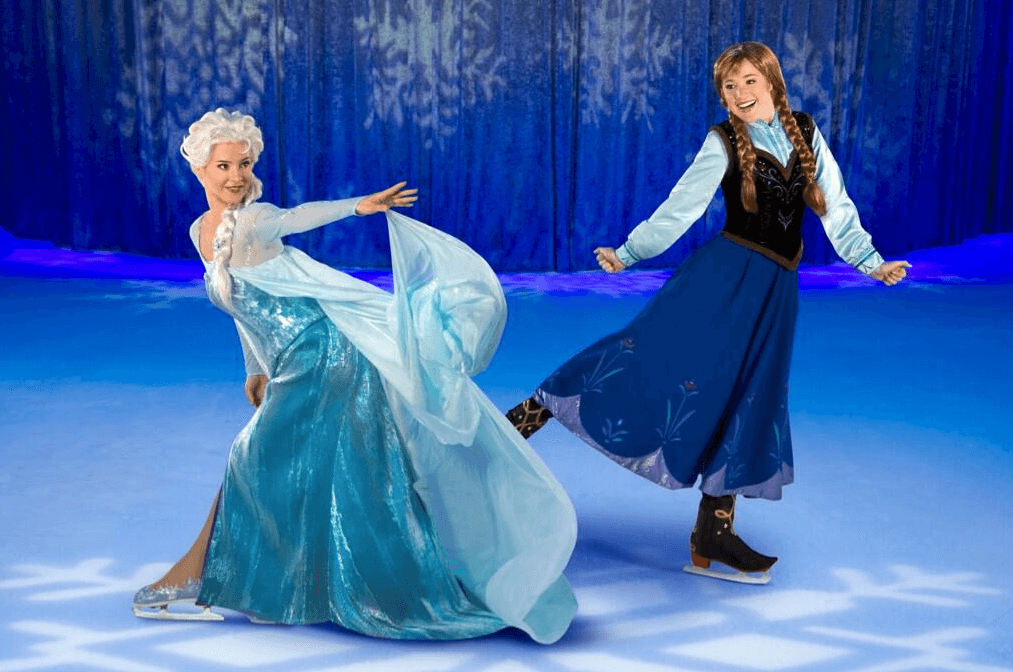 Disney on Ice has announced a new touring production based on the hit film “Frozen” to debut in September in Orlando, Florida.

Featuring a cast of 39 performers, “Frozen” On Ice will follow the story of Anna, Elsa, Olaf, Kristoff, Sven, and the trolls across familiar landscapes from the animated movie. It will include a blizzard created by snow machines, a snowflake-shaped stage, and video projections to transport audiences to Arendelle, the North Mountain, and beyond. Songs from the film will fill the show including “Let It Go,” “Do You Want to Build a Snowman?” and “Fixer Upper.”

The show’s set design will encompass the space from the ice surface up through the air, art work and models of which are shown below. The costumes are inspired directly by those seen in the movie. Mickey Mouse and Minnie Mouse will also be part of the show, acting as hosts, also joined by Disney Princesses and characters from “Toy Story,” “Finding Nemo,” and “The Lion King.” The show is directed by Patty Vincent, developed with the aid of John Lasseter.

“In our more than 30 years of producing Disney On Ice shows, Feld Entertainment has been waiting for a film like this,” says producer Nicole Feld. “While it might seem obvious that Frozen is well suited for the ice, this Disney On Ice production will touch audiences emotionally through innovative show elements and world-class skating.”

Frozen directors Chris Buck and Jennifer Lee add, “Seeing audiences around the world embrace Frozen has been the experience of a lifetime. And to now have the chance to consult with the talented team at Feld Entertainment and watch their creation come to life on ice, is thrilling.”

Rehearsals for “Frozen” On Ice will begin in July. Tickets go on sale June 3 via DisneyOnIce.com, where a full list of cities and dates can be found.

Presale tickets are already available using code TWEETS or SOCIAL at the link above.