Amidst a flurry of Disney Villains during the Rock Your Disney Side 24-hour party this weekend, Walt Disney World surprised a select few guests with an extra special meet-and-greet featuring a new version of a classic character.

Maleficent met with guests who received special tickets during the Magic Kingdom party, but it wasn’t your average, everyday classic version of the “Sleeping Beauty” baddie. This was Maleficent from the upcoming live-action movie starring Angelina Jolie in the title role. When the character first appeared within Cinderella Castle, she paused to make her presence known, acting the part perfectly to go with her spot-on looks.

Check out her sly replies to my questions in the video below. 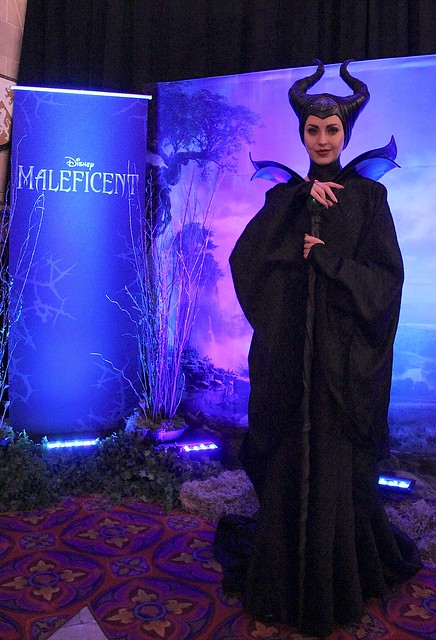 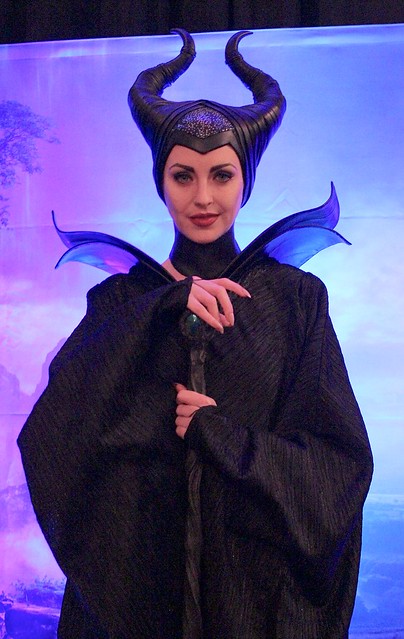 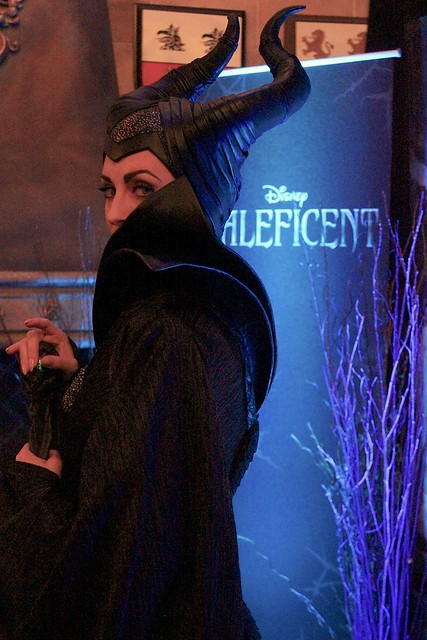 Maleficent seemed to have stepped straight out of the new film, graceful and poised while subtly sinister, each slow movement carefully calculated as guests excitedly posed for pictures with her. 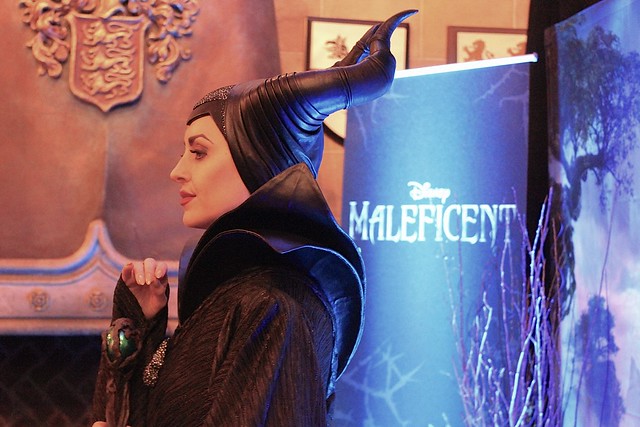 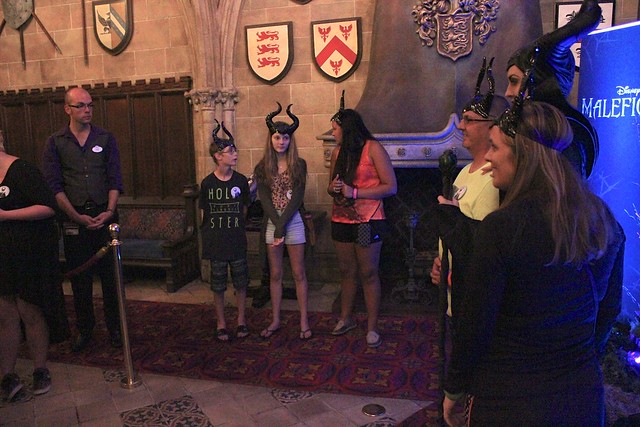 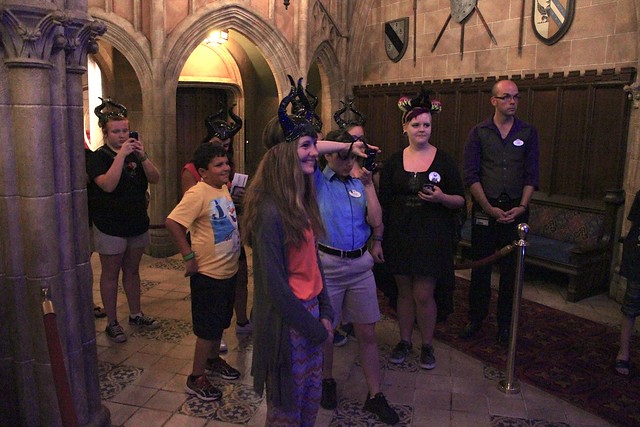 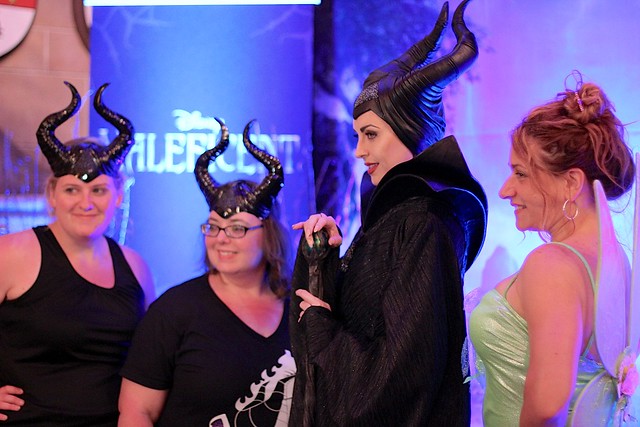 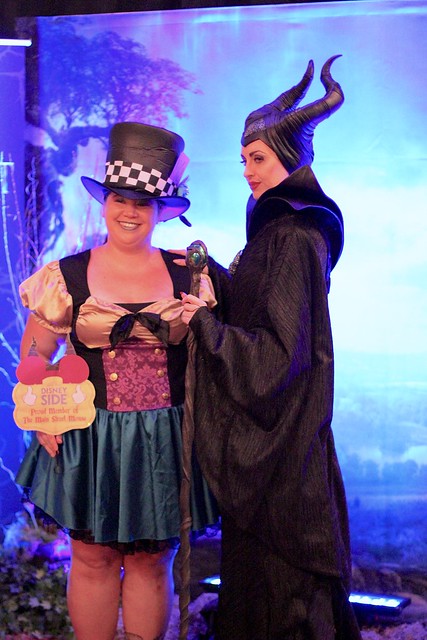 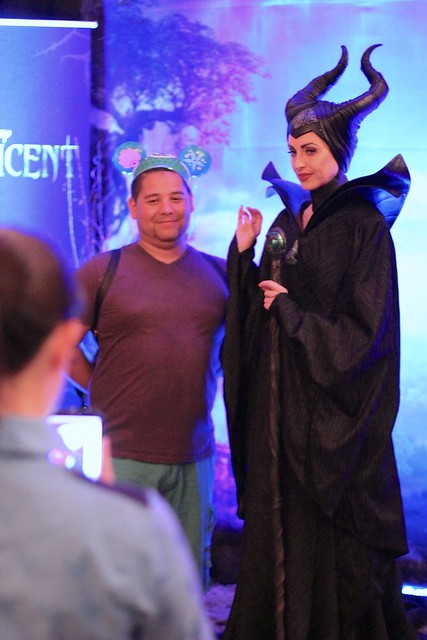 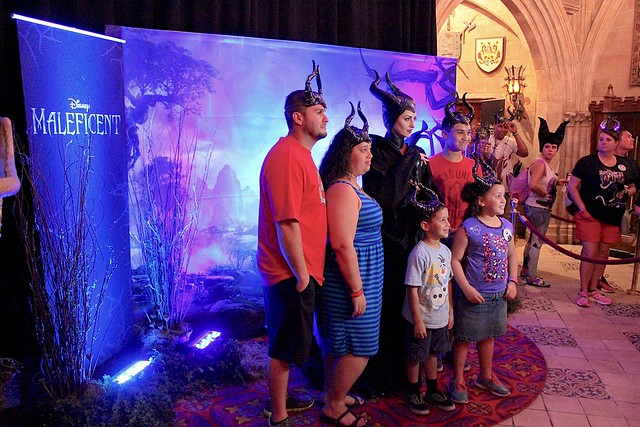 Using a bit of witchcraft, Maleficent also appeared at the Disney California Adventure theme park in Anaheim during their simultaneous version of the Rock Your Disney Side event. Guests at Disneyland could also get autographs from Maleficent and were given plastic horn hats and a free ticket to see the movie. To get to meet this new character, guests had to offer a special code that Disney tweeted earlier in the day.

This was the first time the new movie version of Maleficent had appeared inside Disney’s theme parks, though she did previously make an appearance at the recent Social Media Moms Conference at Disneyland. Don’t expect to meet her any time soon, as this was a special meet-and-greet specifically for the 24-hour party.

But with “Maleficent” opening in theaters nationwide this Friday, May 30, 2014, it may not be the last time Disney brings out this perfect lookalike to promote the film.

Click here for more Rock Your Disney Side fun from Walt Disney World.

More photos from the Rock Your Disney Side 24-hour party at Walt Disney World: