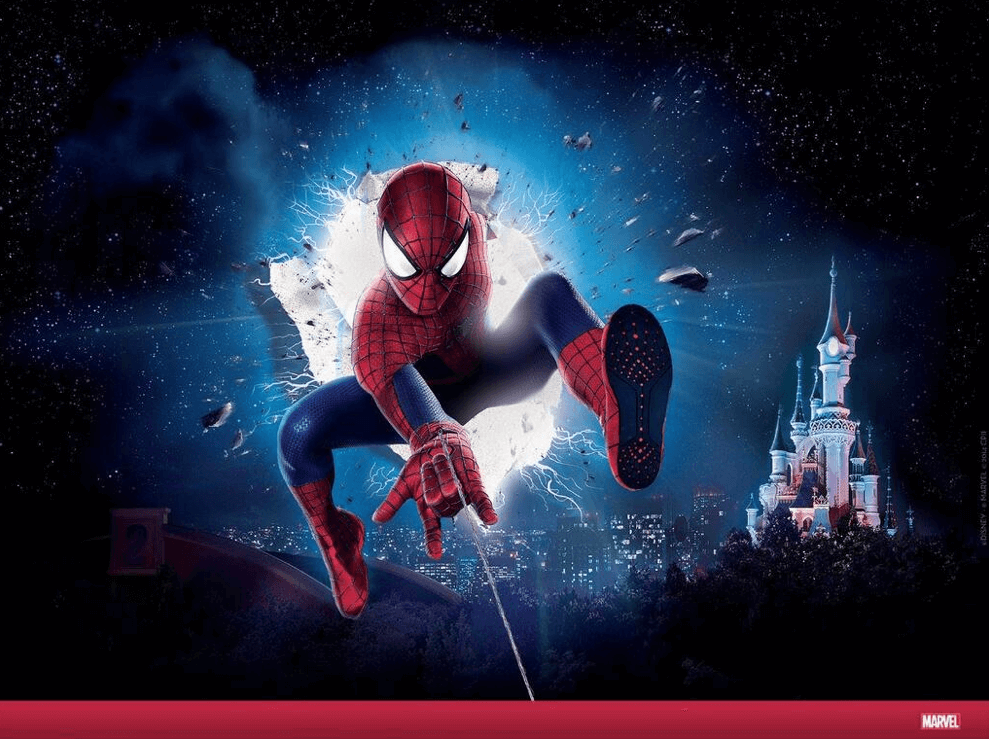 Following the introduction of Thor and Captain America to Disneyland in California and Cap on the Disney Magic cruise ship, the next Marvel superhero to make his way to a Disney theme park will be the web slinger himself, Spider-Man.

Spider-Man will begin appearing at Disneyland Paris starting April 19, reportedly in the area of the Blockbuster Cafe at the Walt Disney Studios park – an appropriate place for a friendly neighborhood Hollywood star. Meanwhile, Hong Kong Disneyland continue work on the Iron Man Experience, the first Marvel ride to be featured in a Disney theme park.