PHOTOS: Zonko's closes as Honeydukes expands in original Wizarding World of Harry Potter at Universal Orlando - Inside the Magic 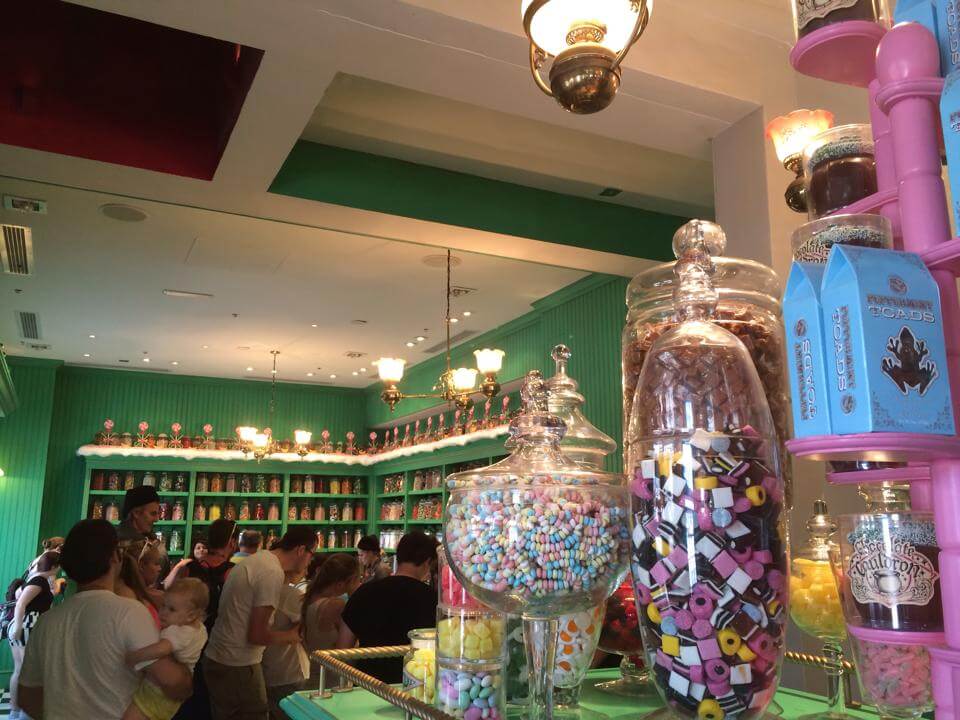 With Diagon Alley on the way at Universal Studios Florida, the original Wizarding World of Harry Potter has taken on some major changes.

Zonko’s Joke Shop is now closed, converted to an expansion of Honeydukes, the sweet shop that was connected to it. The green walls of Honeydukes now reach all the way through the former Zonko’s location, lined with candy jars. 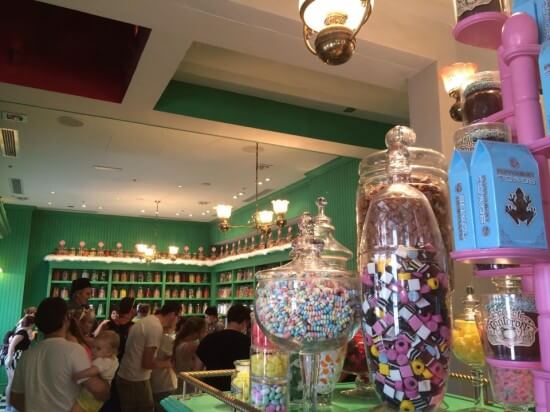 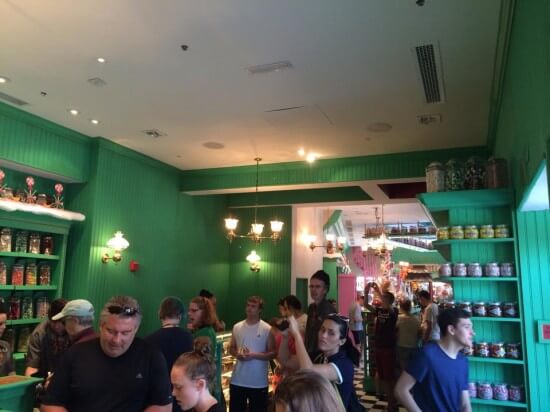 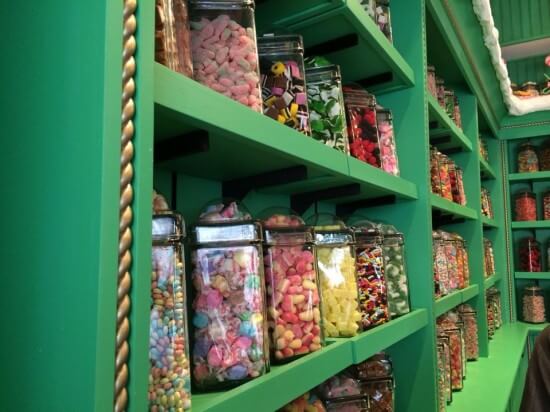 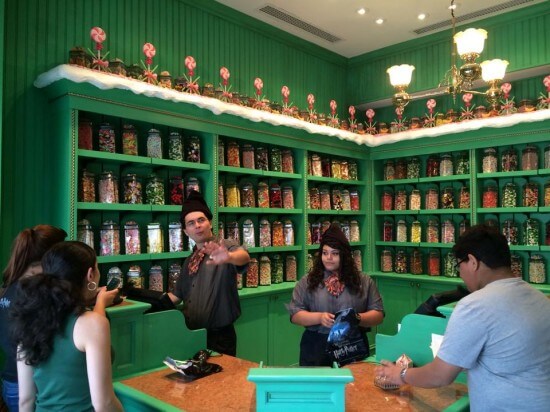 The change is due to the introduction of Weasleys’ Wizard Wheezes, a new store coming to Diagon Alley that will sell many of the same joke items that Zonko’s formerly did – and then some. Zonko’s was originally patterned after the Wizard Wheezes store, though changed in name and content to make it fit into Hogsmeade Village. But now that Diagon Alley is being built, Universal can make it all match JK Rowling’s source material. 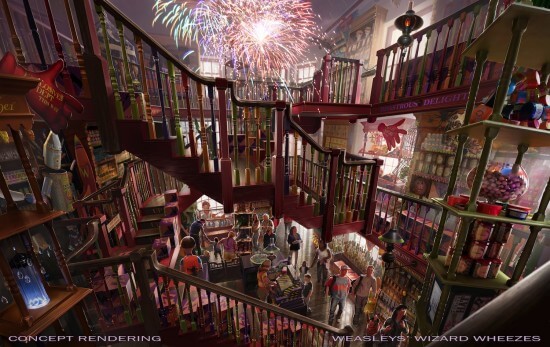 On the outside, Zonko’s still remains – for now. 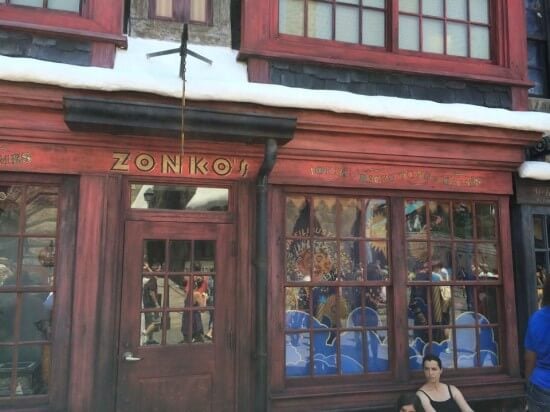 But inside, everything looks very green, a motif that may change in the coming months after Diagon Alley opens and Universal’s designers have a chance to further enhance this area.

For comparison, here’s a look back at what Zonko’s used to be: 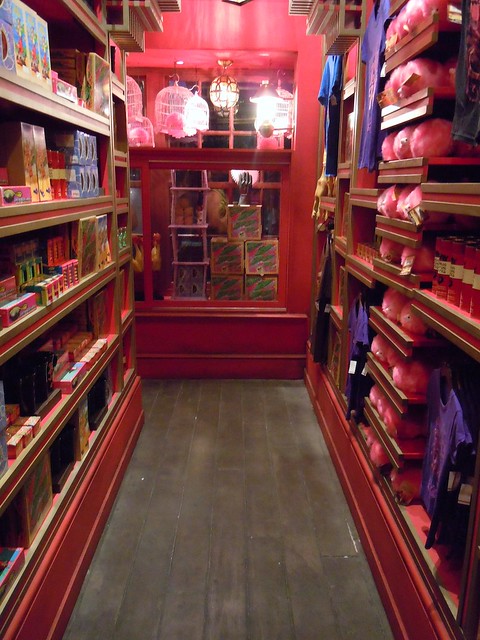 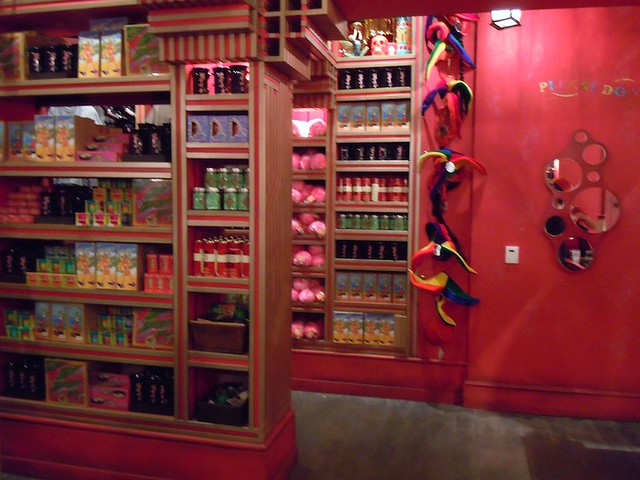 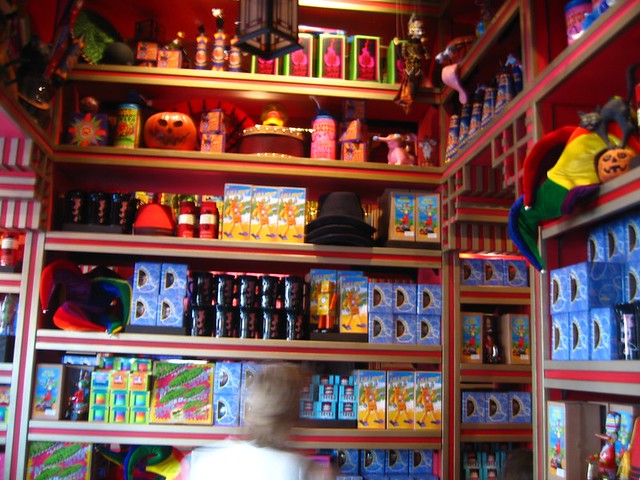 It can also be seen near the beginning of the Hogsmeade Village tour video below:

Weasleys’ Wizard Wheezes and Diagon Alley are set to open this summer.