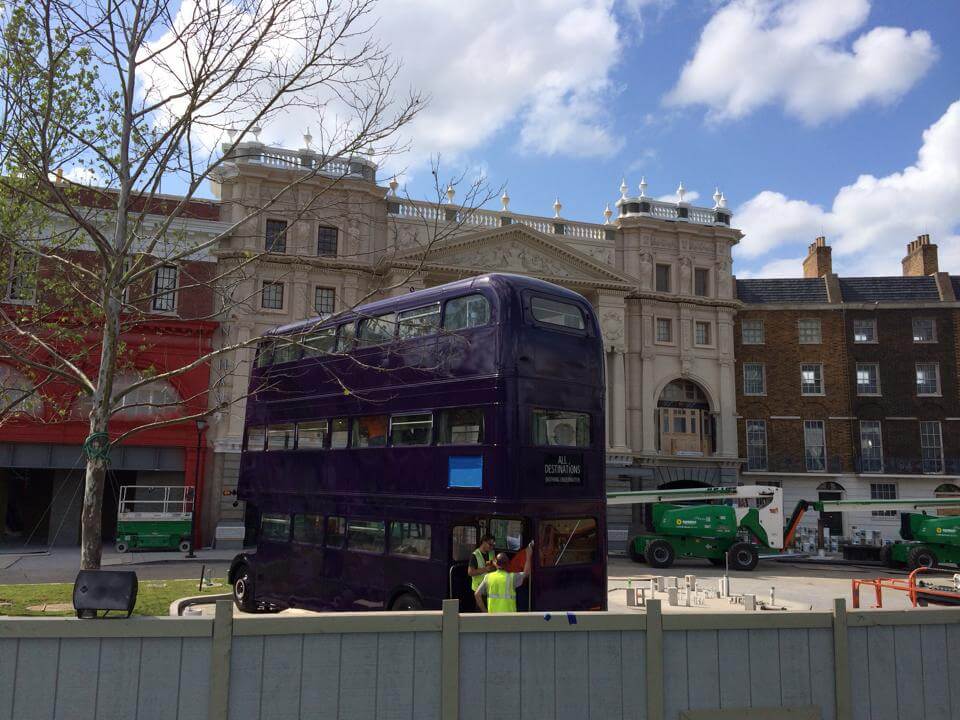 When approaching the new London waterfront area of Universal Studios Florida, there won’t be giant signs pointing theme park guests into the Diagon Alley expansion of the Wizarding World of Harry Potter. It will simply be hiding behind a row of large-scale facades of real-life locations like Kings Cross station. Those who know where to look will find the “secret” entrance.

But there will be a few clues that something magical is happening in the area, the most notable of which has now arrived: the Knight Bus. As seen in several of the “Harry Potter” films, the Knight Bus is used to transport Potter and others around the Muggle world (particularly through tight spaces) at harrowingly high speeds.

At Universal Orlando, it’s parked next to the Eros Fountain, an excellent photo op for visitors. But there will be much more to the Knight Bus than acting as a familiar set piece. Universal Creative president Mark Woodbury confirmed to me in a recent press conference that it will be home to an interactive feature, a talking shrunken head complete with Caribbean accent – just as seen in the films.

Below is a concept rendering of how the area will look when soon completed: Foliage has also sprung up around the London embankment and freestanding scaffolding indicates more structures are being erected. The Wizarding World of Harry Potter – Diagon Alley will open at Universal Orlando this summer. No specific opening date has been announced.