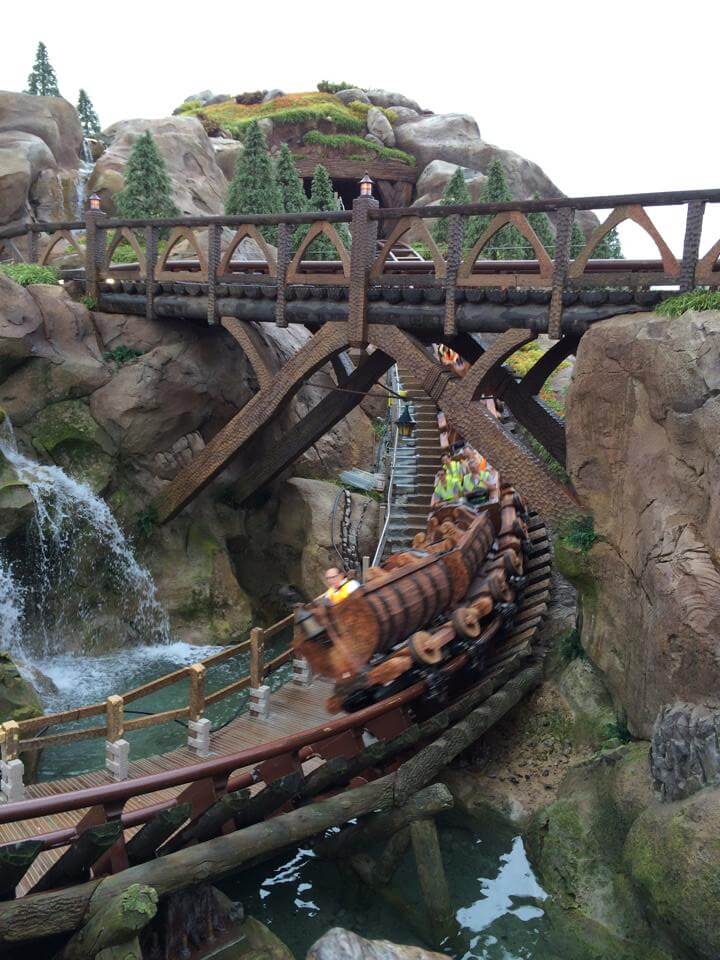 Another milestone has been reached for the Seven Dwarfs Mine Train as riders were spotted taking a trip through the attraction “where a million diamonds Shine.”

The passengers were wearing safety vests, though likely were a mix of Imagineers and/or executives. But the presence of live passengers aboard this new roller coaster indicates it’s safe to ride, a major step toward its opening.

Photos of the riders taking a tight corner were sent in by Dave at WDW Guided Tours: Earlier today, the Disney Parks Blog released a CG ride-through of a portion of the attraction:

The Seven Dwarfs Mine Train will have its official dedication ceremony in a few weeks on May 2, 2014, but a soft opening is possible (and likely) before then. At the moment, it is not open to the public and no park guests are known to have ridden the attraction just yet.