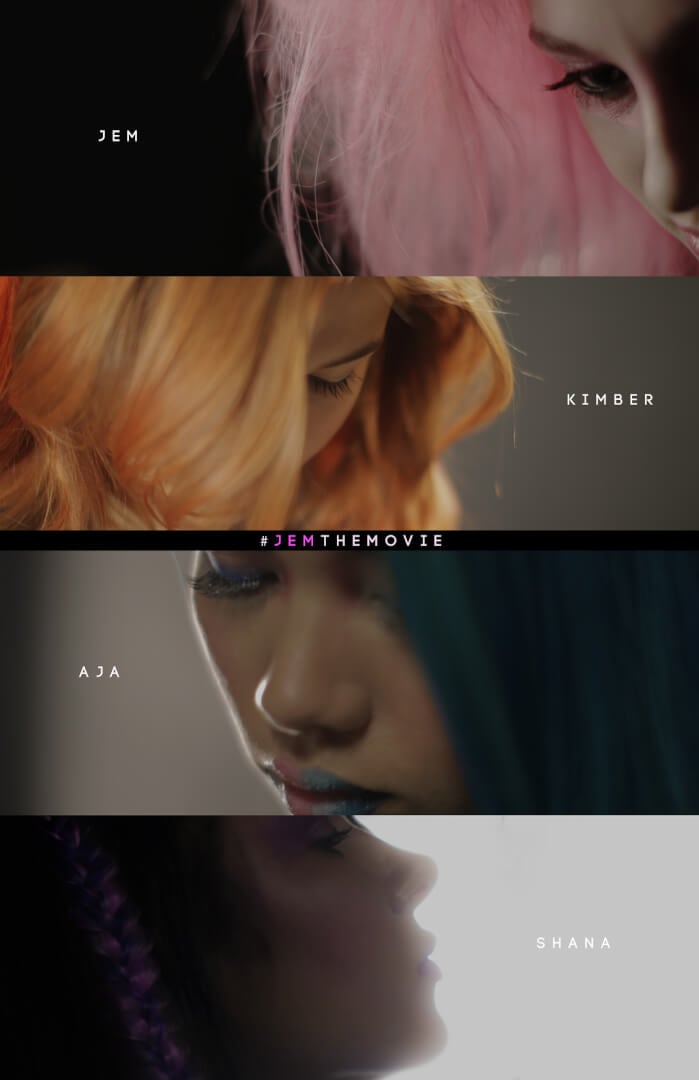 Today the cast of the upcoming “Jem and the Holograms” movie has been revealed along with a first glimpse at how they will look as their famous animated characters in the live-action film.

What makes this unique and worth posting about here on Outside the Magic are the people behind the film and how they are going about creating it. Unlike many Hollywood films that are shrouded in secrecy, “Jem and the Holograms” is practically a crowd-sourced movie.

The movie’s announcement was made online followed by an open casting call for anyone – absolutely anyone – to submit videos to star in the film. Now the cast has been chosen: The actresses selected to play the Holograms are not new to the business, but are still mostly unknowns. Aubrey Peeples is the most recognizable from her work in “Nashville.” Stefanie Scott has appeared on TV shows and lent her voice to “A.N.T. Farm” and “Wreck-It Ralph.” Hayley Kiyoko has been in an assortment of TV shows including “Wizards of Waverly Place” and “The Vampire Diaries.” Aurora Perrineau is the greenest of the bunch, having only appeared in a single episode of “Pretty Little Liars.”

“Jem and the Holograms” is being made by director Jon M. Chu (“G.I. Joe: Retaliation”) and horror producer Jason Blum. Blum is connected to the themed entertainment industry, having produced The Purge: Fear the Night last year and the Blumhouse of Horrors the year before.

The popularity of “Jem” hasn’t faded, despite being off the air since 1988. At the 2012 San Diego Comic-Con, Hasbro helped debut Integrity’s line of collectible dolls that have since fetched thousands of dollars in the after-market. Jem herself was on hand to mark the occasion. More recently, we spotted fans dressed as Jem and the Holograms at MegaCon and the 80s Toons Gone Wild party. It’s clear “Jem and the Holograms” is still on the radar of fans who grew up with it and there is much excitement building surrounding the upcoming film.

Wouldn’t it be fun if the Holograms and the Misfits played a battle of the bands an event like San Diego Comic-Con in promotion of the movie?