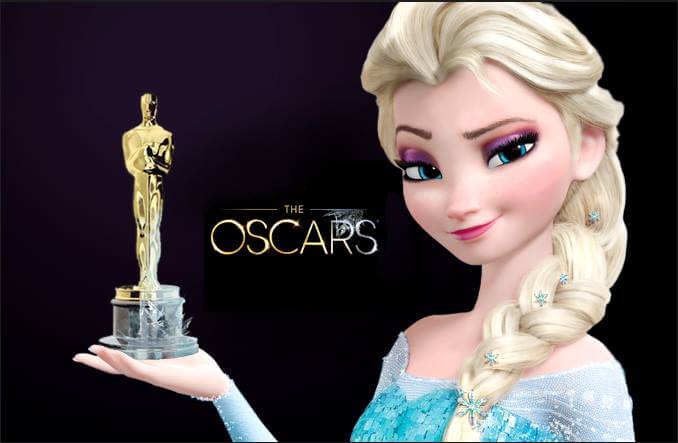 The win for co-songwriter Bobby Lopez gives him an EGOT – Emmy, Grammy, Oscar and Tony wins.

But the most highly anticipated moment of this year’s Oscars ceremony was Idina Menzel’s performance of “Let It Go”, which was somewhat abridged but received a standing ovation – even after presenter John Travolta mangled her name while introducing her (“Adele Dazim” immediately got an amusing Twitter account):