Today thousands of vendors completed exhibiting at Toy Fair 2014, filling seemingly endless aisles with new and upcoming products with the hopes of selling to retail buyers and attracting the media’s attention.

Disney licenses their famous characters to companies big and small, including plenty of Star Wars and Marvel toys. We’ve already taken a look at what Mattel, Hasbro, and LEGO showed off at this year’s event, as well as Disney Consumer Products’ own presentation. But among the many smaller booths throughout Toy Fair were plenty of unique Disney products to be found.

Some of the most fun Disney collectibles are coming from Funko in their popular POP! Vinyl line, soon featuring characters from “Maleficent,” “Who Framed Roger Rabbit,” “Agents of SHIELD,” “Finding Nemo,” “Guardians of the Galaxy,” and “The Muppets.” 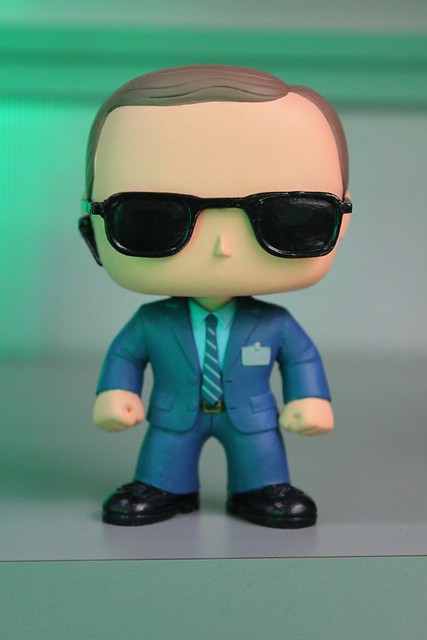 Funko also showed more of the ReAction figure line that will include “The Rocketeer” figure. 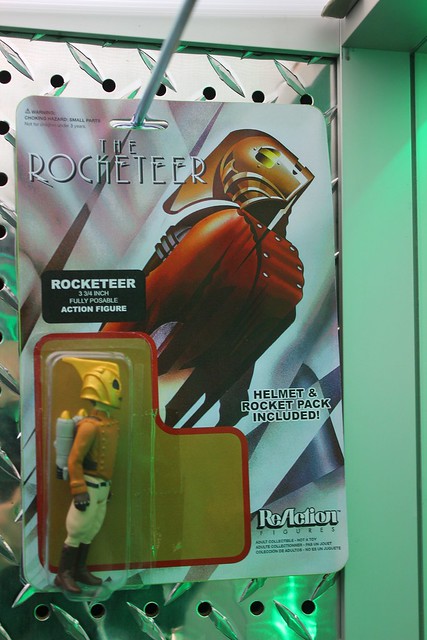 More of the first merchandise from the upcoming film “Maleficent” comes from a company called Monogram, showing off keychains and similar small items featuring the likeness of Angelina Jolie. (Mostly prototypes.) Monogram also showed products from “The Nightmare Before Christmas,” “Kingdom Hearts,” and Marvel. 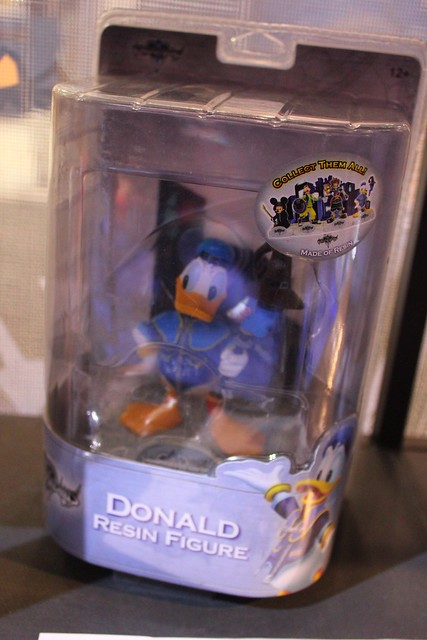 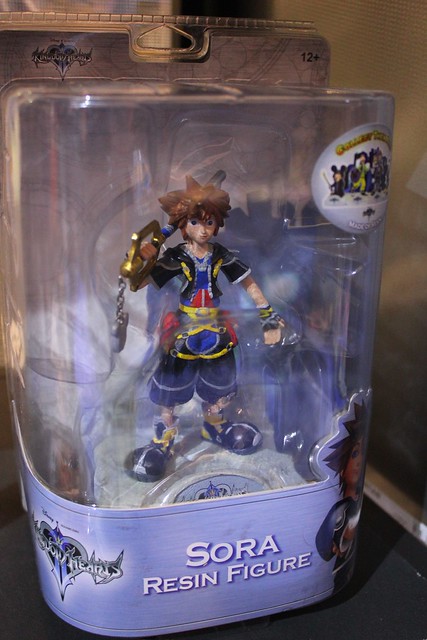 There were plenty of Princesses and even a few Palace Pets to be found at Toy Fair, including Pillow Pets and board games. 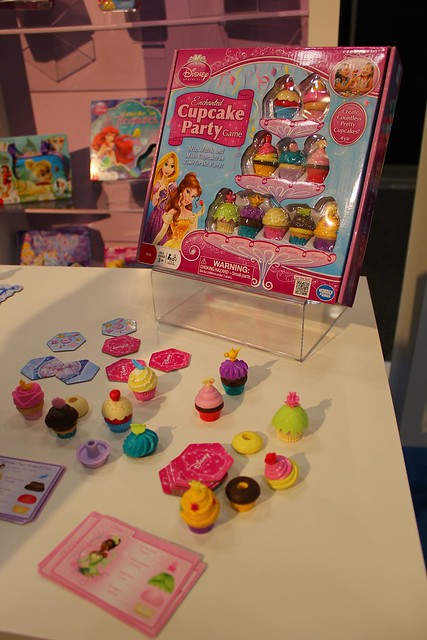 The board games are from Wonder Forge, also showing a few other Disney and Marvel games including a particularly large one called “Eye Found It!” which is already in stores. 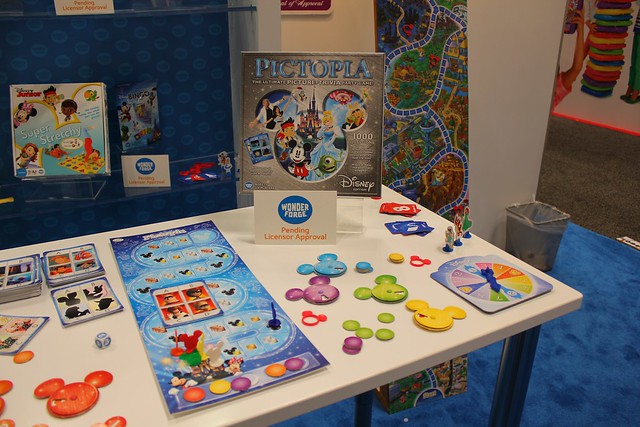 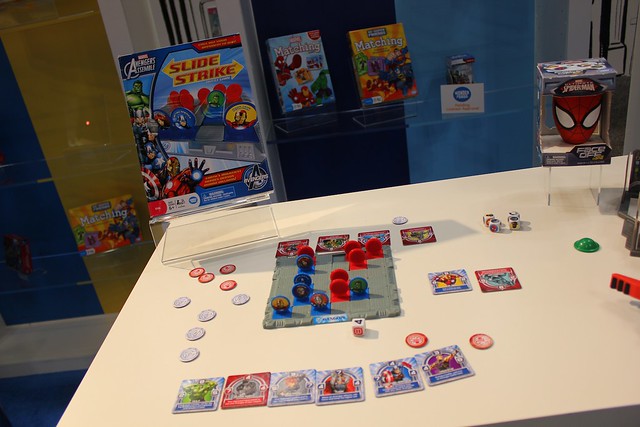 Pillow Pets also said two of their most popular characters are Agent P and Eeyore. Those looking for building activities could find a couple fun do-it-yourself Disney toys at Toy Fair, like a variety of upcoming 3D crystal character puzzles. 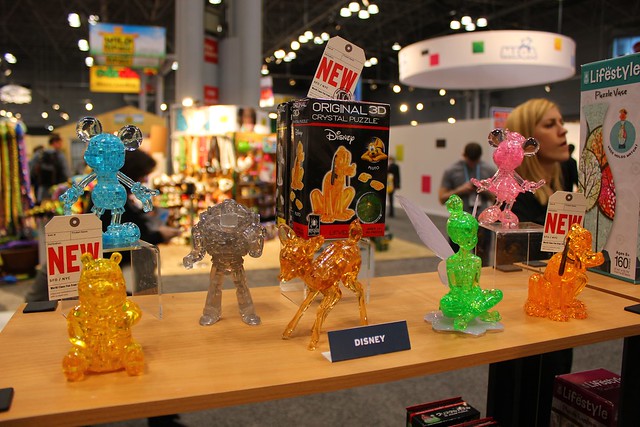 Similarly, Star Wars fans with patience can assemble intricate little shiny metal versions of characters and vehicles, intended for ages 14 and up. 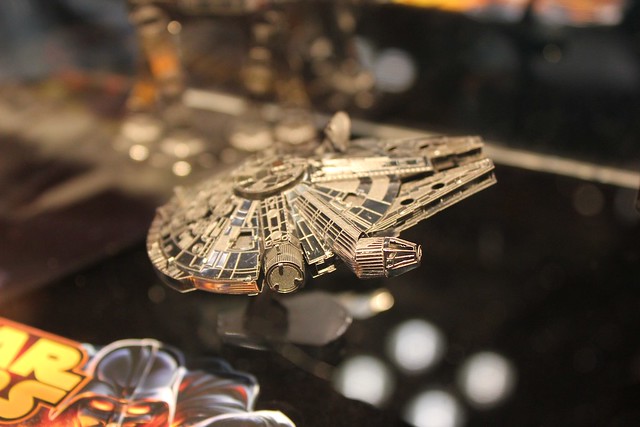 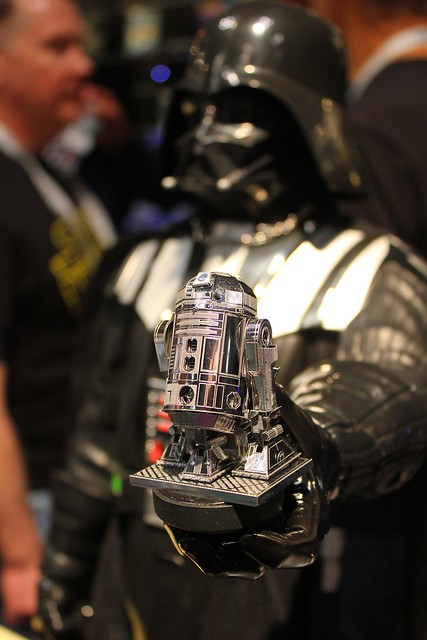 Another fun Star Wars product is a new addition to the long-running Viewmaster line with a Darth Vader themed viewer and discs featuring scenes from the movies.

Floppets brings wearable, collectible, connectable charms that they say are a better version of the Disney pin, featuring unique Disney PVC artwork with a Velcro backing that can be linked together, worn on shoes, or even on lanyards.