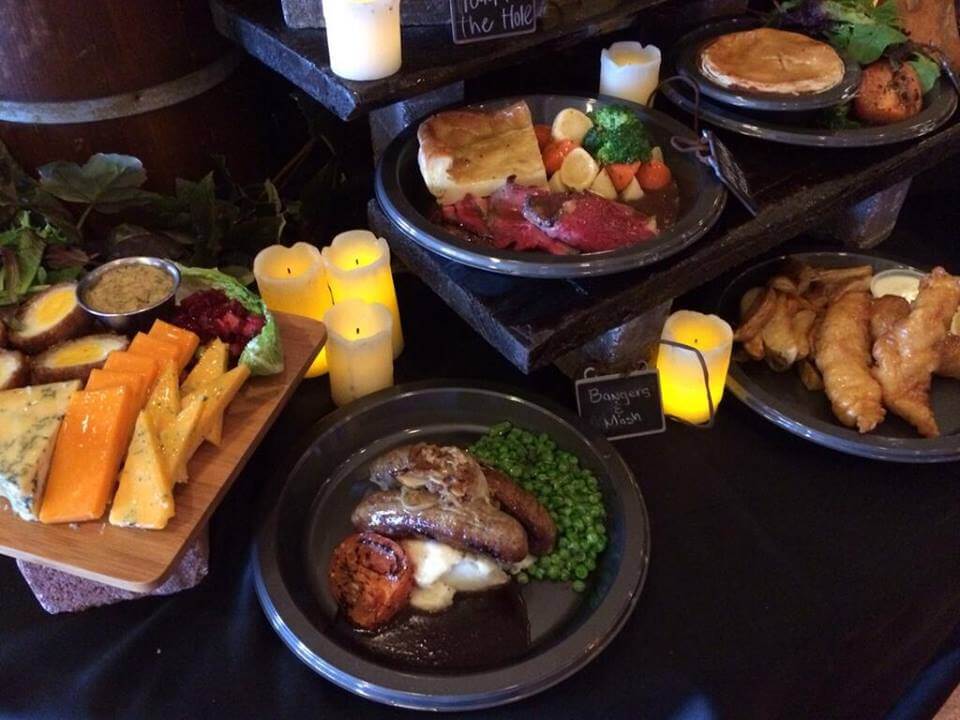 One of Universal Orlando’s publicists tweeted a food photo, asking followers to “guess” what he’s sampling today. From the clearly British fare it’s easy to assume it’s a first look at the cuisine that will be served in the Leaky Cauldron restaurant when it opens as part of the Wizarding World of Harry Potter – Diagon Alley this summer. Menu items depicted include British staples such as fish and chips, shepherd’s pie, a Scotch egg, and bangers and mash alongside a cheese platter.

The Leaky Cauldron was officially announced in December 2013: