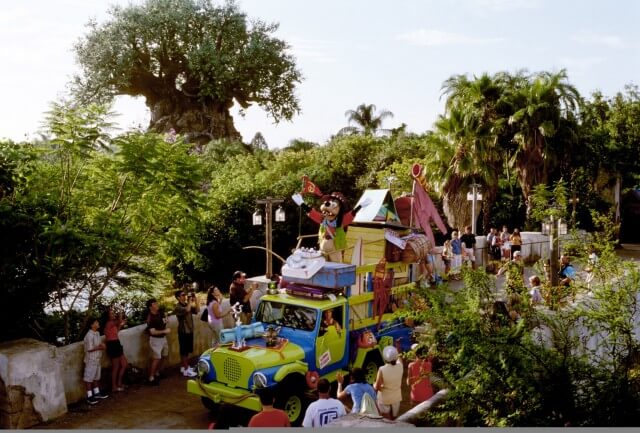 Today Walt Disney World confirmed rumors that Mickey’s Jammin’ Jungle Parade will have its final performance at Disney’s Animal Kingdom this summer in June after nearly 13 years of daily shows.

Construction has already begun on the Avatar-themed land and its progress will prevent the parade from progressing normally. When the world of Pandora debuts in 2017, new nighttime entertainment will be added to the park including street performances – but no new parade has been announced.