Two nights before Halloween Horror Nights 2013 officially debuts, Universal Orlando showed off its impressive new haunted houses and street entertainment in a full scale dress rehearsal for employees. This annual event affords Universal the opportunity to make final tweaks to the terrors that lurk throughout the event before the masses descend on the theme park at the end of this week.

I had the opportunity to attend the team member preview and was impressed by the many surprises that emerged behind that famous Universal Orlando archway, adorned for Halloween Horror Nights with banners of major haunted house names along with indications that evil has indeed taken root, as this year’s slogan goes. 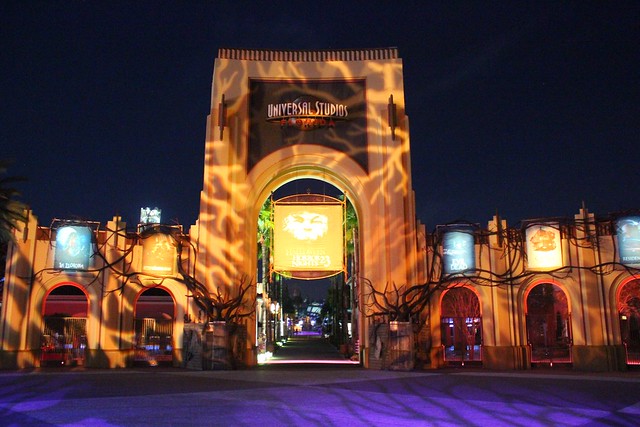 Since this was merely a preview night, I will withhold actual rankings and reviews of the haunted houses and street experiences until it all officially debuts on Friday. But for now I do offer an exhaustive peek into this year’s all-new street program themed entirely around “The Walking Dead.” 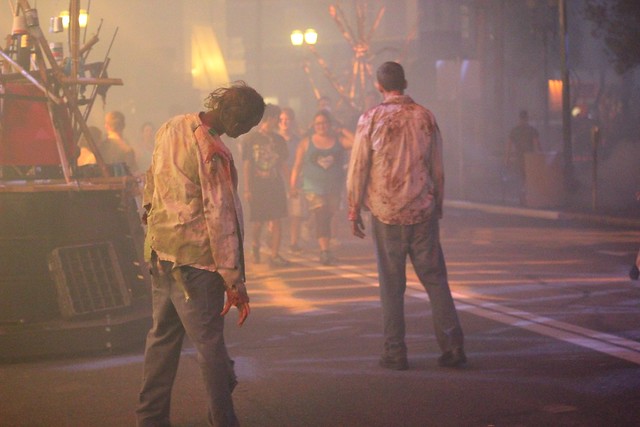 The thought of nothing but zombies filling the entire park has had some fans worried that the streets would be rather repetitive and uninteresting. Well worry no more. Universal has taken the hit AMC show and brought many of its most iconic settings and characters to life throughout the park with plenty of set pieces, structures, special effects, and iconic walkers in their own roadside vignettes. There are even little scenes that play out between walkers and victims that are highly enjoyable to watch. It’s enough to keep all attendees consistently entertained while wandering between shows and mazes. (Just don’t spend too much time in the Atlanta zone or you might come home wreaking of rotting flesh, still tasting the wretched scented fog pumped into the area.) 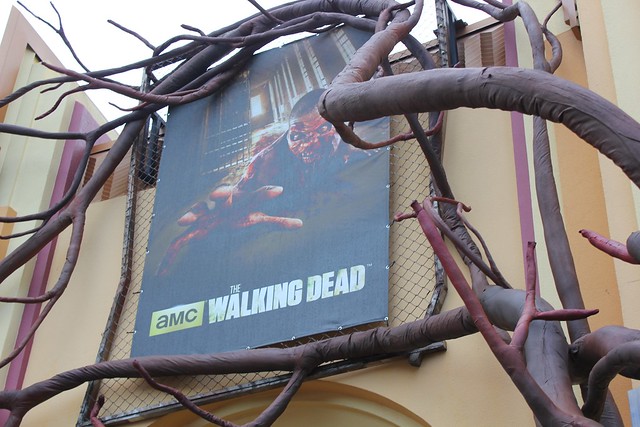 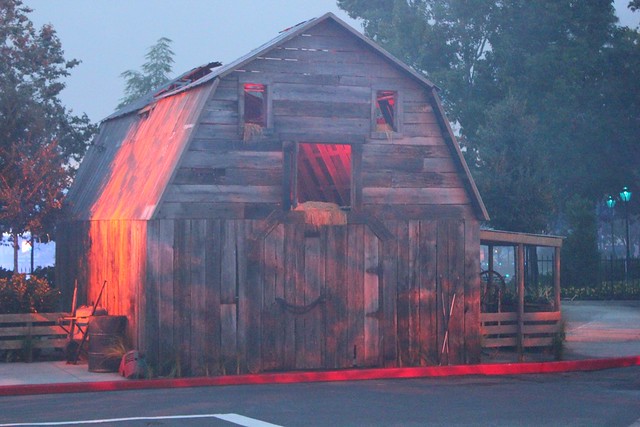 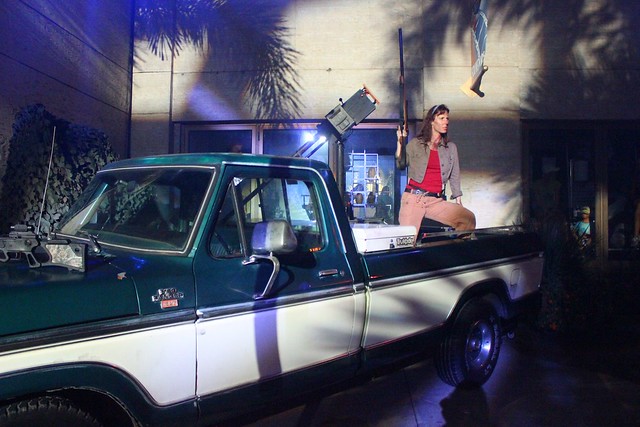 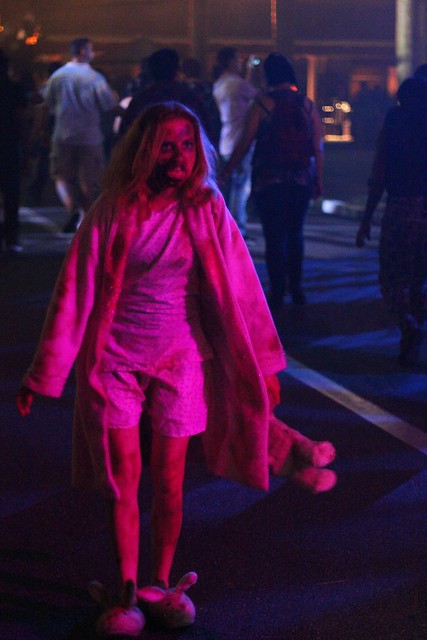 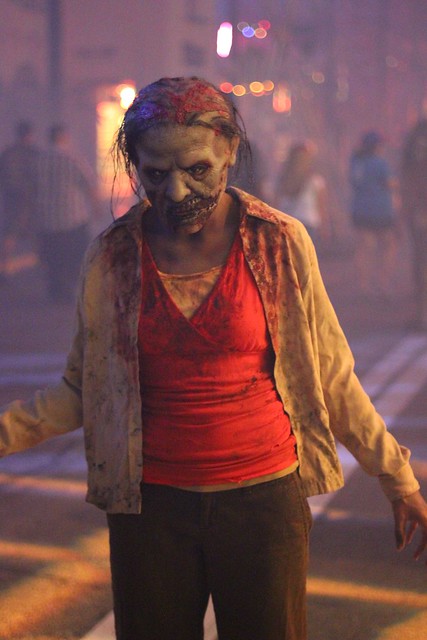 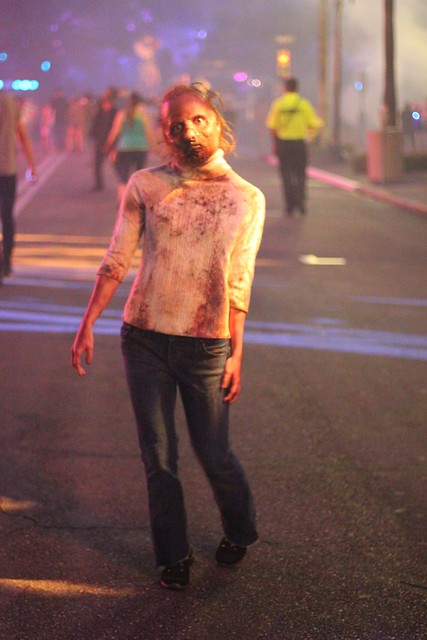 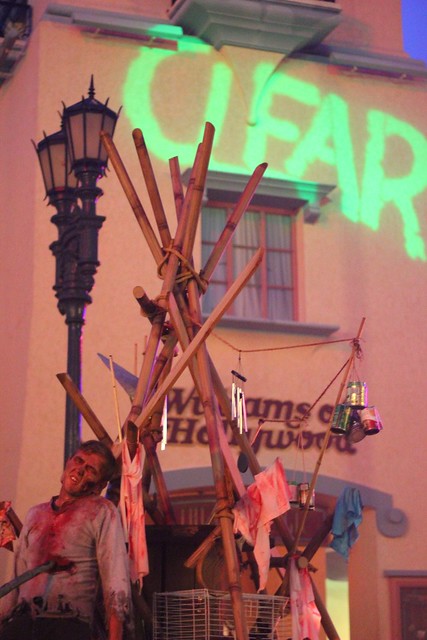 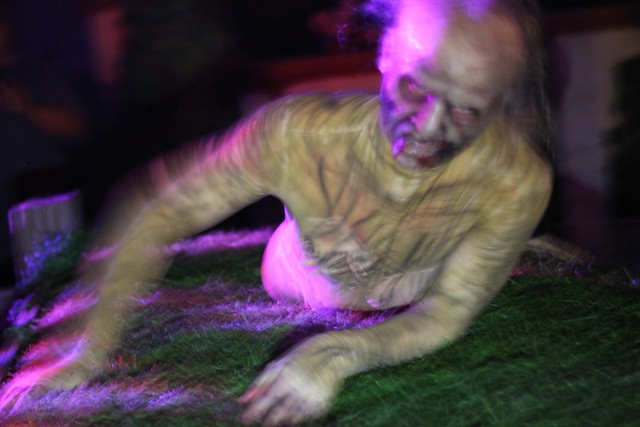 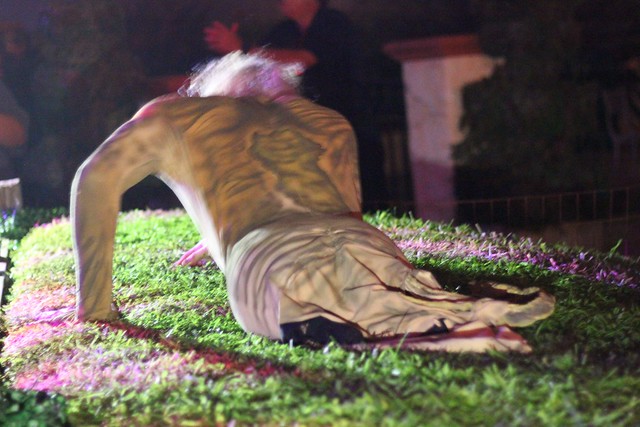 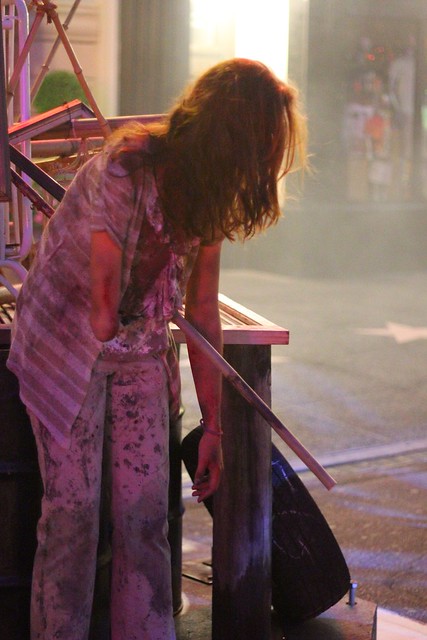 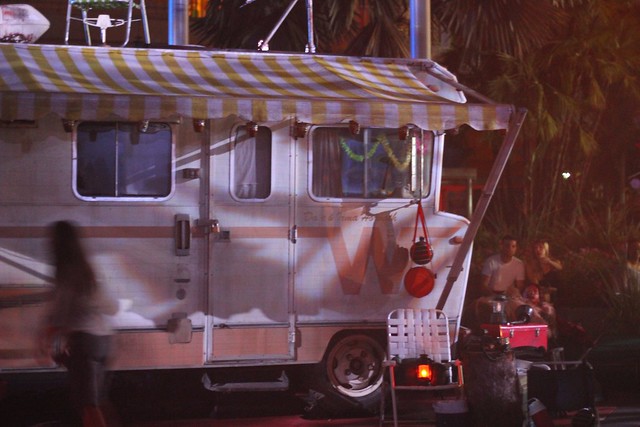 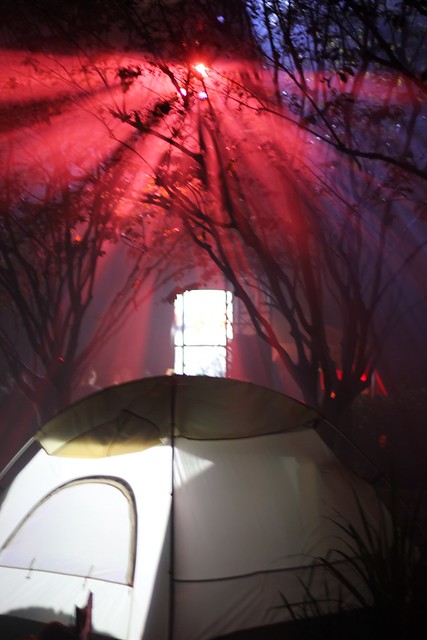 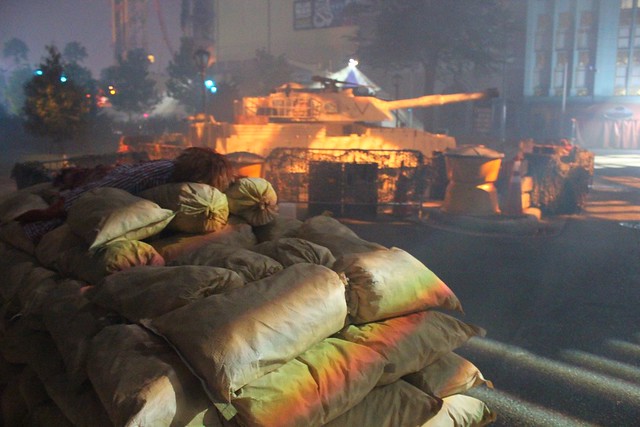 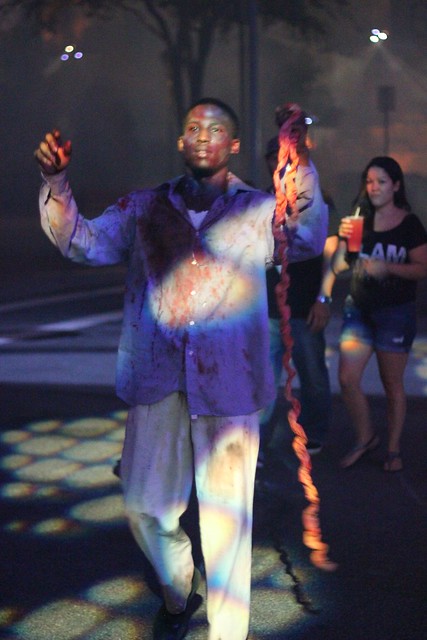 Two bonus pieces of entertainment are included at this year’s Horror Nights event – an nightly opening ceremony (or scare-amony?) set just outside the front gates minutes before they open and a guarded van that drives around the park randomly dropping off walkers for a bit of extra zombie fun. 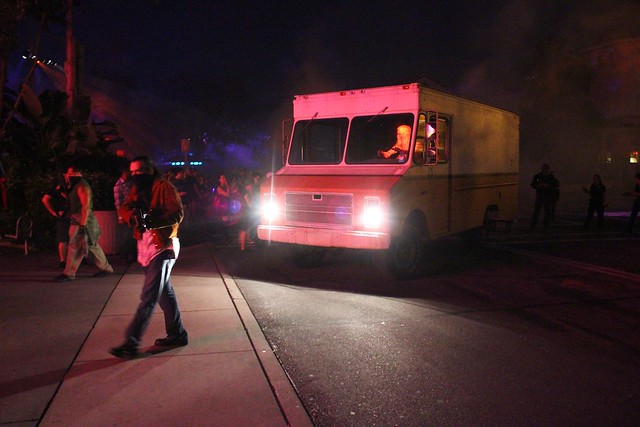 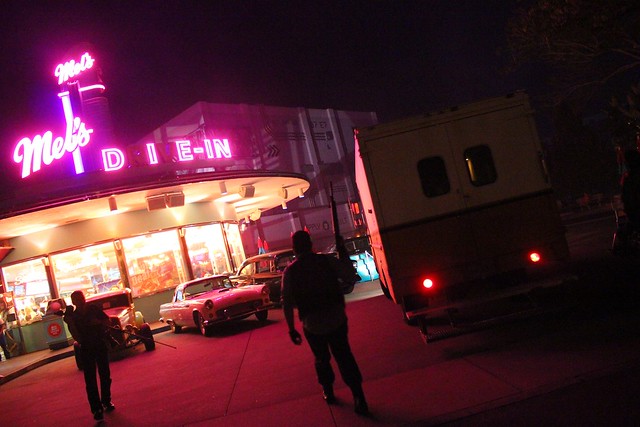 Though I won’t fully review this year’s haunted houses until after Friday’s debut event, I will name my favorites of preview night. An American Werewolf in London was simply stunning, perfectly recreating nearly every element of the film, including several impressively believable werewolf puppets. Cabin in the Woods is full of fun, with an abundance of wild characters. Evil Dead is unusually presented in a rather cinematic form leaving guests guessing what’s coming next. And Afterlife is finally a 3D house I enjoyed at Horror Nights, completely disorienting me around every turn. The other four – Resident Evil, Havoc: Derailed, La Llorona, and The Walking Dead: No Safe Haven – are still up in the air for me.

But that’s what preview night is all about, getting a sneak peek at the madness that will soon officially debut, offering Universal a chance to make the necessary changes to get things right when it counts. And opening night is coming up soon, taking place this Friday, September 20, 2013, after which I will be posting my full event review.