The cult classic horror-comedy film “An American Werewolf in London” has been announced as a haunted house for Halloween Horror Nights 2013 at Universal Orlando, the latest in a long line-up of thrills.

Universal’s guests will step inside the film and experience a retelling of the horror classic, including iconic scenes like the attack on the English moors to the hospital nightmares to actually witnessing the legendary transformation of David from human to werewolf. Naturally, guests will then encounter David’s werewolf through London’s “Tube” tunnels, Piccadilly Circus, the Slaughtered Lamb pub, and yes, even to the seedy movie theater with nods to “See You Next Wednesday.” 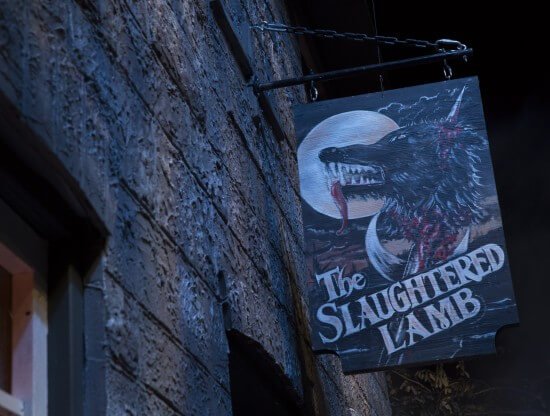 Universal Orlando’s creative team has been working closely with director John Landis to bring to life his groundbreaking 1981 movie in ways never before seen at the event. “It’s something that we’ve wanted to do for a long long time,” said Mike Aiello, Universal Orlando’s creative director of Halloween Horror Nights. After years of considering including this film as part of the maze roster, Aiello said the time was finally right: “The planets aligned this year.” 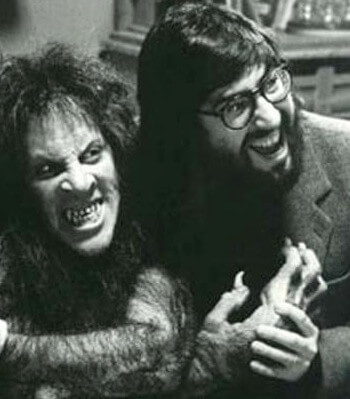 Landis offered his thoughts during a 4-5 hour brainstorming session to ensure all the necessary elements for the maze were there. “These guys really are passionate about this stuff,” said Landis about Universal’s creative team. He called their enthusiasm for the project “infectious and wonderful.”

The result is a spot-on representation of the film. “For any fan of the movie, it is a completely authentic experience,” said Aiello, down to the iconic wolf’s howl and roars and Elmer Bernstein’s score. He said visitors to Halloween Horror Nights entering familiar environments like this arrive with a “checklist” in their heads of what to expect and that their goal is to “have all those boxes checked before you leave.”

But don’t expect to laugh through the haunted house. The comedy of “An American Werewolf in London” is ignored on purpose in favor of terror. “There are many funny moments in the film,” said Aiello. “We’re not really latching onto them specifically. […] We wanted people to be scared of this maze.” Though, he admitted, guests will leave the experience in the same twisted way the film ends, as strains of “Blue Moon” ring out as a “final little jab.”

The maze is designed with fans of the film in mind, but also will appeal to those who haven’t seen it. Though this year’s Horror Nights event features many contemporary properties like “The Walking Dead” and “Cabin in the Woods,” Aiello says it doesn’t matter that “Werewolf” is more than 30 years old. “Horror is horror,” Aiello simply stated. “When horror is good you want to latch onto it.” Landis added that the brilliance of Jack Pierce’s 1931 Frankenstein makeup design for Boris Karloff still holds up today, noting “It doesn’t get better than that.”

And that famous werewolf transformation scene from the film certainly still holds strong today as well – ready to be reproduced inside the Horror Nights experience through the use of elaborate puppets. In addition, those looking around this familiar sequence will notice props that were featured in close-ups in the movie also included in the maze. With this maze located in one of Universal Studios Florida’s sound stages, the creative team has free reign to make it absolutely perfect. “It’s about the wolf and if you don’t nail that, you don’t have much of a maze,” concluded Aiello.

Halloween Horror Nights 2013 kicks off on September 20 and John Landis has said he will be there on opening night to witness the terrors of his creation come to life. 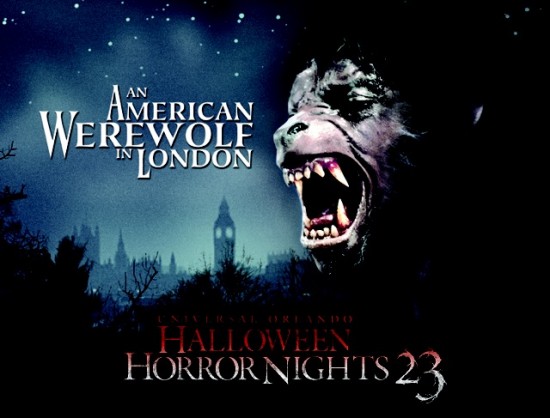