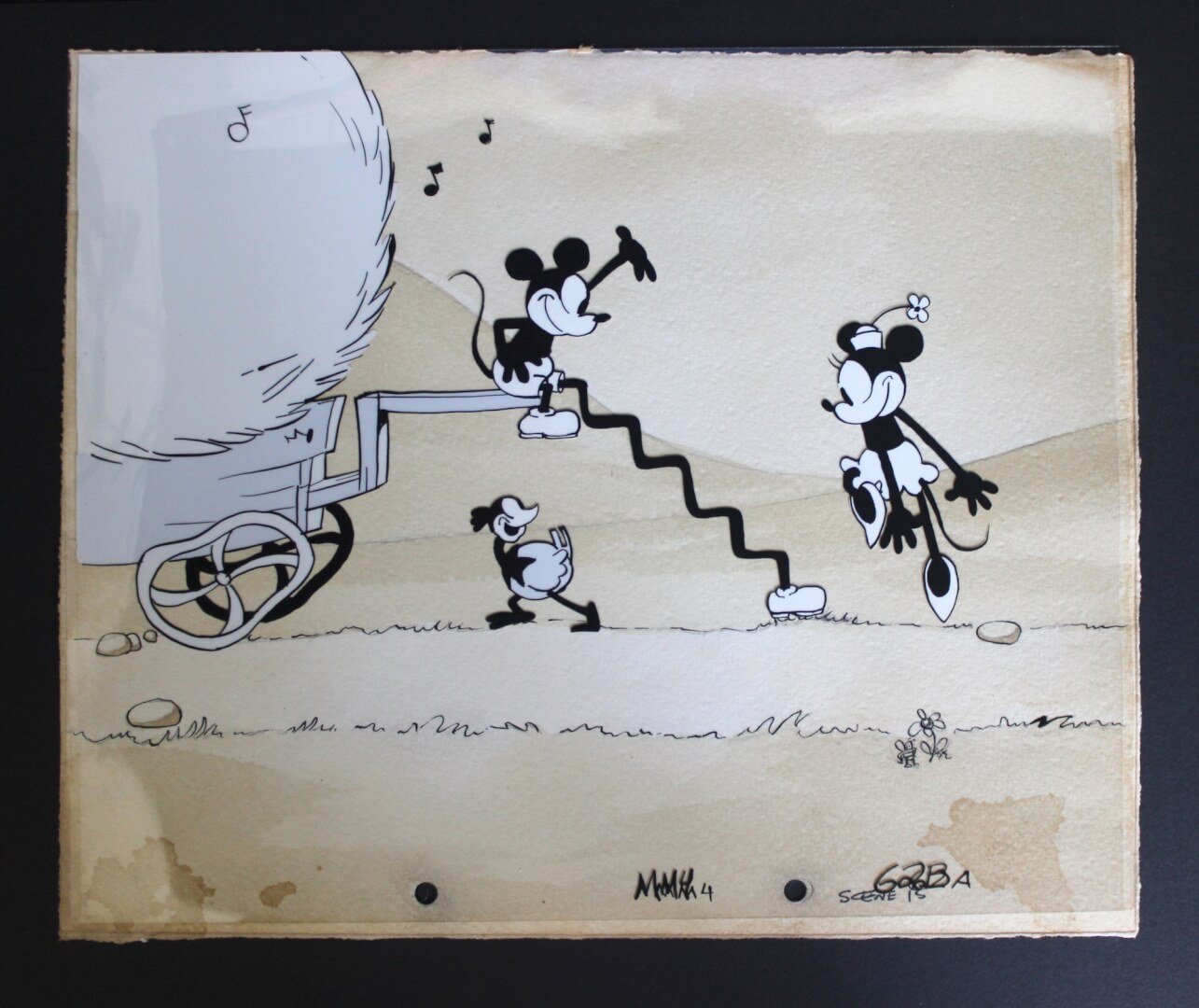 Walt Disney Animation Studios has released two animation cel images from the new Mickey Mouse short “Get A Horse!” which will make its United States debut at the 2013 D23 Expo next week. MUSIC IS IN THE AIR – An animation cel showcases Mickey Mouse as he invites his favorite gal pal Minnie to join him on a musical haywagon ride in Walt Disney Animation Studios’ never-before-seen short “Get A Horse!” Featuring Walt Disney himself as the voice of Mickey, “Get A Horse!” is a black-and-white, hand-drawn theatrical short that makes its North American debut in 10 days. HERE COMES TROUBLE – Peg-Leg Pete interrupts Mickey Mouse and his favorite gal pal Minnie in this animation cel as they delight in a musical haywagon ride.