Ever wish you could join Disney in discovering tomorrow’s magical secrets? Imagine if Disneyland was nothing compared to what promises await us in the future. Imagine no more…

Walt Disney Imagineering Research & Development and The Walt Disney Studios have partnered in a new alternate reality interactive game called “The Optimist” designed to blur the lines between history, the future, fiction, and fact by engaging fans to unveil secrets spanning online realms and the real world.

UPDATE – Join us in playing The Optimist by reading and adding to our notes.

It begins at optimist.disney.com, which describes the game’s premise and potential:

Walter Elias Disney was an optimist who believed in creating a living blueprint for the future. He and his Imagineers – those creative and skilled professional wizards who combine imagination and engineering – made fantasy into reality and built the magic of the Disney Theme Parks. But, what if that was just the beginning?

Amelia, a young filmmaker, has stumbled upon a revolutionary secret…and she needs your help. Collaborate with other curious individuals around the globe to solve a mystery that traverses the web, Disneyland® Park, and beyond before culminating at the D23 Expo.

Players can register and interact with Amelia on her blog at storyorbit.com and via Twitter, at @storyorbit. 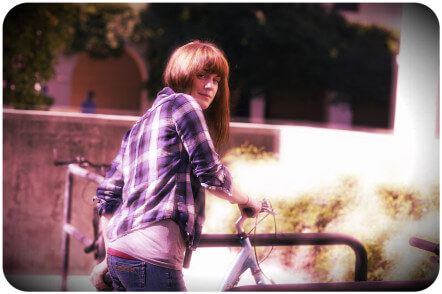 The story begins as Amelia sifts through a “stack of stuff from grandpa’s apartment” including items from the 1964-65 World’s Fair, at which Walt Disney first unveiled what would become some of Disneyland’s classic attractions. From there, it’s anyone’s guess as to where this game will lead, taking players through web sites, social media outlets, across Disneyland, and ultimately to the D23 Expo in August, ending the 6-week experience.

Players may opt in to not only taking part online in physical locations, but also receiving emails, Twitter messages, and even physical mail.

Behind the experience is Walt Disney Imagineering Research & Development head Scott Trowbridge, who explained its creation to D23:

“In this alternate reality experience, one of our characters has discovered some previously unknown facts that could change what we think we know about Walt Disney, Imagineering and Disneyland Park. Players can participate at different levels of engagement over the six-week story—from leveraging social media and mobile devices to visiting unique physical sites from the story in and around Los Angeles. At Imagineering, we are constantly exploring and developing new ways to engage our guests in compelling, interactive experiences. With The Optimist, we are excited to connect people with each other around the world to uncover a story that seems so unbelievable—and at the same time, so encouraging—that it could only come from Disney.”

Walt Disney himself was the perennial optimist, inspiring the name of the game that captures the thrills of his own accomplishments during his lifetime and expands on them with a “secret project” intended to better the future of mankind. 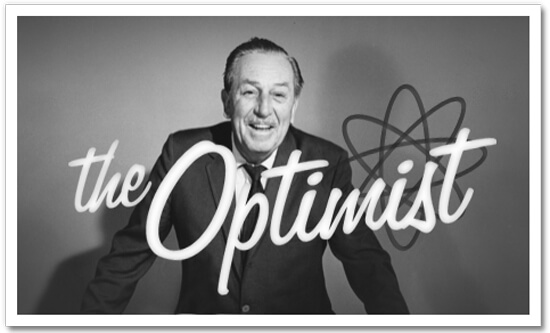 Disney notes that while the contents of The Optimist game are based on real people and events, the overall experience is ultimately a work of fiction, created for fan’s entertainment and enjoyment.

To register and join the game, simply visit optimist.disney.com, sign up, and begin reading, commenting, and interacting with all the other fans eager to play – including myself!